Top Tar Heels of the Undergraduate Business Class of 2016 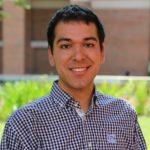 Stetson Starkey’s (BSBA ’16) career aspirations include becoming president of the World Bank. From all accounts, he’s got the potential and ambition to accomplish anything he sets his mind to.

As a UNC Kenan-Flagler student, Starkey served on the leadership team for the Undergraduate Business Ambassadors, co-founded the Undergraduate International Business Club, led groups of students through Asia on Global Immersion Electives and participated in our STAR consulting program alongside our MBAs. He also spent four months working as a market entry consultant for Kenan Institute in Asia, where he co-led the development of an expansion strategy to help a Thai business and economic development agency expand its services into Vietnam.

Starkey’s unbelievable extracurricular engagement, humanitarianism and excellence in the classroom earned the nickname “Mr. Undergraduate Business Program.” He was recognized as one of the Class of 2016’s “Best & Brightest” business majors by Poets & Quants.

“Stetson is a one-of-a-kind student. He personifies the term ‘ambassador,’” says UBP managing director Anna Millar. “Stetson applied content he learned in the classroom to real-world scenarios through his on-campus involvement. He took this practice one step further by using what he learned to better our Undergraduate Business Program.”

After graduation, Starkey will begin a highly coveted consulting analyst position in Charlotte.

UNC Volleyball’s Paige Neuenfeldt (BSBA ’16) served up countless wins on and off the court during her time in Chapel Hill. Her academic accomplishments earned her admission to UNC Kenan-Flagler and the Honors Carolina program. 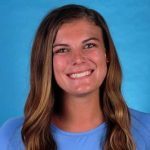 At UNC Kenan-Flagler, she participated in the STAR Program and worked with a team of Undergraduate Business and MBA students to solve a real-world business challenge for ESPN. Neuenfeldt also participated in a two-week Global Immersion Elective to South Africa, where she gained insights on global business and developing economies.

A polished leader, Neuenfeldt served as co-president of UNC’s Student Athlete Advisory Council and as a representative on UNC Student Government’s student engagement committee. She actively engaged in the community, volunteering through the Tar Heel Navigators program and with Chapel Hill-Carrboro City Schools.

Neuenfeldt made history as the first UNC volleyball player named to the CoSIDA Academic All-America First Team. She was one of five scholar-athletes in the U.S. named to the Senior CLASS Award All-America First Team, which recognizes senior Division I student-athletes with notable achievements in four areas of excellence: classroom, community, character and competition. She was honored as one of UNC’s Top 10 Scholar-Athletes – the five senior men and women student-athletes with the highest cumulative GPA.

After graduation, Neuenfeldt will join Ernst & Young in Atlanta.

Her advice for current and future students: make sure to get to know your classmates.

“The person sitting to your left or right could be the connection you need in the future, or the person to give you a hug when you’re having a really bad day. I encourage you all to really get to know the people around you, which includes your professors,” she told attendees at UNC’s Top 10 Scholar-Athlete Awards Luncheon.

Former Tar Heel Football player Jeff Battle (BA, BSBA ’16) combined his experience on the field with the business knowledge learned in his UNC Kenan-Flagler classes to develop an innovative solution to a problem that’s been plaguing athletes for years.

Battle and a team of UNC students pitched the concept to a panel of judges at the 2016 Carolina Sport Court – a “Shark Tank”-style pitch competition – and took home first place.

Anne Burke Baldridge’s (BSBA ’16) leadership helped propel the Carolina Challenge – one of the School’s premier entrepreneurship events – to new heights. She also held multiple leadership roles at UNC, including being a member of the Honor Court and a Junior Class Representative. 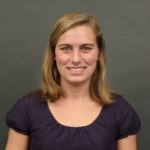 In the summer of 2014, Baldridge designed and completed an independent research project on the competitiveness of European cities as international financial centers. Over the course of eight weeks, she traveled to London, Geneva, Zurich, Frankfurt and Berlin, where she interviewed leaders in finance and academia to identify key determinants of each city’s strength.

“For me, the most rewarding aspect about studying business was its clear, practical application. Whether I was in a marketing course or taking corporate finance, the direct connection between our in-class discussions and real-world challenges made me excited for opportunities beyond UNC Kenan-Flagler,” she says.

Baldridge was recognized as one of the Class of 2016’s “Best & Brightest” business jajors by Poets & Quants. After graduation, she will begin a full-time role on Wall Street.

“Anne is a very well-rounded, accomplished and impressive individual,” says UBP career director David Vogel. “She personifies all that UNC Kenan-Flagler stands for and we are very proud to have her as one of our students.” 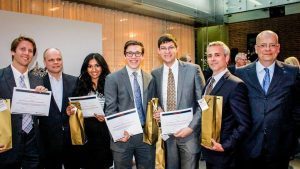 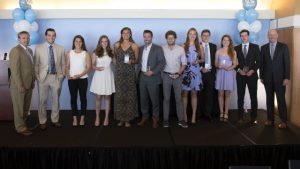