Through the eyes of the founder 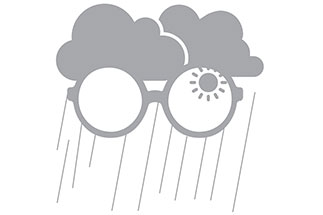 Next time you dig into a 10-K from a company led by its founder, you might want to take it with an extra grain of salt.

Founder-led firms tend to be overly optimistic in their 10-Ks – the annual filings required from all public companies by the Securities and Exchange Commission (SEC) – according to research by UNC Kenan-Flagler professors.

“It is important to consider that the guidance from the SEC indicates they want filings to contain the perspective of management,” says Bradley Hendricks, assistant professor of accounting at UNC Kenan-Flagler. “If that is the objective, we also should recognize that the filings should then include the same biases of the manager.”

Hendricks and Mark Lang, Thomas W. Hudson Jr./Deloitte and Touche Distinguished Professor of Accounting at UNC Kenan-Flagler, and Kenneth J. Merkley of Cornell University analyzed more than 11,000 10-Ks over a 16-year period. They share their findings in “Through the Eyes of the Founder: CEO Characteristics and Firms’ Regulatory Filings.”

They discovered that 10-Ks from founder-led companies exhibit the personal characteristics of founders to a greater extent relative to the filings of firms without founder CEOs.

The language used in 10-Ks from founder-led companies – compared to that used by non-founder CEOs – is:

Maybe that’s not surprising. Decades of research has demonstrated that entrepreneurs tend to not just be optimistic, but overly optimistic. And Hendricks – a former auditor – expected this result based on his own experience.

He also thought that Wall Street would have similar expectations and therefore would discount the companies’ stock prices to compensate for overly optimistic management perspective. “I tend to believe the stock market is quite efficient and incorporates information into firms’ stock prices in a timely manner,” he says.

As it turns out, the market doesn’t recognize – at least not right away – when CEOs get overly enthusiastic in their 10-Ks. Specifically, the researchers observe that tone is positively related to stock price for firms both led by founders and non-founders.

But for founder-led firms, they then observe a negative relation between the tone of the filing and firms’ future stock performance – a result that is not found when examining the firms without founder leadership.

Taken together, these results indicate that market participants consistently overestimate the value associated with the tone conveyed in the filings of founder-led firms.

If you’ve read 10-Ks — or any SEC filings — you know they’re not characterized by evocative narrative or emotionally laden language. So how do you judge tone in a filing?

They turned this technique loose on 10-K filings from firms that had IPOs between 1997 and 2013. Excluding certain kinds of companies – such as those headquartered outside the U.S., reverse leveraged buyouts and offers priced at less than $5 per share – that gave them a sample of 2,061 firms.

They then analyzed the 11,285 10-Ks from those corporations during the study period. For each, they defined whether the firm was led by a founder at the time of the filing. In all, 29.8 percent of the 10-Ks were from founder-led companies.

Other researchers have looked at executives’ tone during investor conference calls and in social media postings, for example, but those channels involve less deliberation and collaboration than 10-Ks and other SEC filings, which typically involve multiple executives, auditors and company accountants, and lawyers.

One reason why CEO optimism only comes through for founders, Hendricks suggests, could be it takes a strong presence — like that of an entrepreneur — to “break through” all the other influences on formal documents such as 10-Ks.

But some factors do mute founder optimism in filings. Founder-led firms that used a Big Four firm as their auditors, were subject to more litigation risk, or had more analysts following them were less overoptimistic than their peers.

How CEO bias makes its way into filings isn’t clear.

“We aren’t saying that the CEO is putting pen to paper and writing the 200-page document,” Hendricks says. “I hope the CEO is heavily involved in creating these filings, but it is possible that our findings may simply reflect the CEO’s personality influencing the work of the firm’s employees that do the brunt of the work in preparing firm’s filings.”

There’s also evidence that managers tend to hire people like themselves for other roles, Hendricks notes, so the overly optimistic tone in a 10-K could be the result of a corporate culture driven by entrepreneurial chief executives.

Whatever the case, the research has clear implications for investors.

“I don’t believe that we will get a regulatory document free of bias,” Hendricks says. “Our paper shows that investors would be well served by considering the personal characteristics of a firm’s management team when reading firms’ disclosures.”