The slippery slope is all downhill

Unethical behavior can increase over time.

Well, you know what happens is, it starts out with you taking a little bit, maybe a few hundred, a few thousand. You get comfortable with that, and before you know it, it snowballs into something big.”  — Bernard Madoff

The phenomenon of the slippery slope — how small ethical indiscretions lead to bigger ethical missteps – is the focus of new research by Michael Christian, an organizational behavior professor. 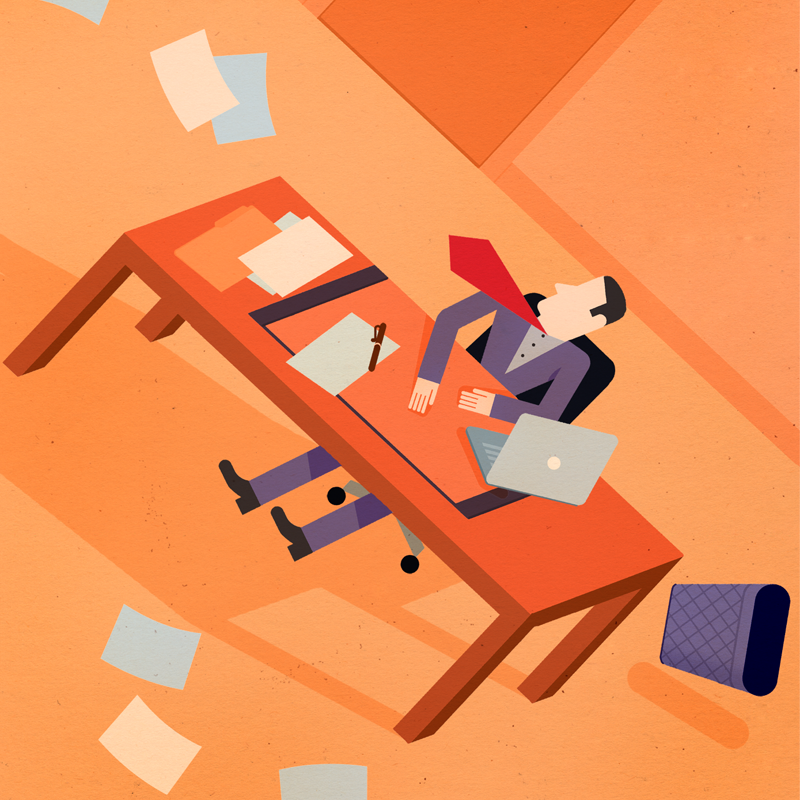 A paradox exists. “Unethical behavior is widespread, but most people think of themselves as moral, ethical people,” Christian said. “Our team looked at what motivates people who are otherwise good to do increasingly bad things.”

How unethical behavior unfolds over time is studied for the first time in his unique four-part study with Deirdre G. Snyder (PhD ’14) of Providence College, David T. Welsh of the University of Washington and Lisa Ordonez of the University of Arizona. The Journal of Applied Psychology published their findings, entitled “The Slippery Slope: How Small Ethical Transgressions Pave the Way for Larger Future Transgressions.”

Small, unethical actions might seem innocuous. People can easily rationalize their behavior to justify it, Christian said. They might think that “no one got hurt” or “everybody does it.”

“Because of this rationalization process – what we call moral disengagement – people are more likely to slip into a pattern of behavior. They feel fine about doing something a little bit worse the next time and then commit more severe unethical actions. We call this the slippery-slope effect.”

Their study is the first to “look at regular people over time,” he said. “Until now, we knew little about unethical behavior over time. Typically, behavioral ethics research is conducted as one-time ‘snapshot’ studies that ask what makes someone likely to cheat or lie. We used three different tasks across four studies to measure unethical behavior at multiple points in time to uncover the process by which the slippery-slope effect occurs.”

The researchers found that:

To stem the slide, business leaders can:

An unintended consequence of emphasizing intolerance for unethical choices could be less creativity. Research shows that being creative can lead to unethical behavior because an outside-the-box idea could also be outside acceptable ethical parameters. In brainstorming sessions, business leaders should encourage all ideas to be put on the table, Christian said. “It’s OK to take risks when you’re talking about ideas, but then, set a second vetting process where you look at ideas and talk about usefulness and ethics.”

In the end, awareness is a key to understanding and preventing unethical decisions in business, Christian said.

“The ideal is for employees to recognize when they’ve committed a minor transgression and check themselves. My hope is that our research, by drawing attention to this effect, will increase vigilance by individual business leaders.”