The price you pay 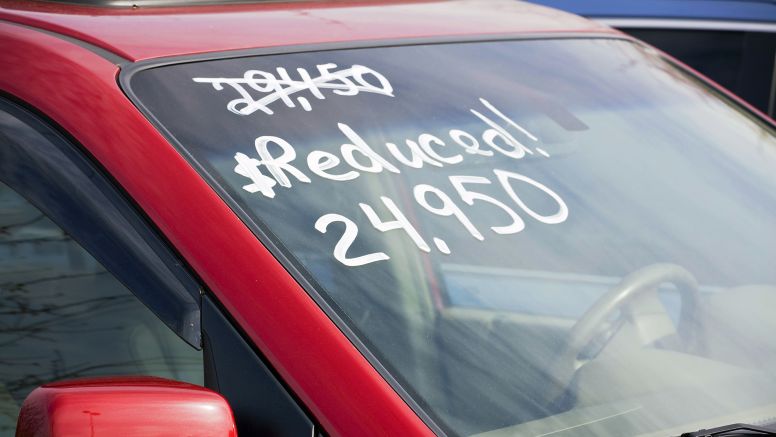 There’s the advertised price – and then there’s what you pay.

Prices play a big role in how consumers decide what to buy and whether to buy. Usually they’re looking for the best deal they can get — comparing prices from different retailers and different brands, watching for sales and discounts, and, sometimes, negotiating. Understanding how these variables influence consumer purchasing has interested retailers and researchers for decades.

But when it comes to how price variables affect negotiated transactions, there’s been a dearth of real-world data for researchers to explore. That’s a gap that Pranav Jindal, assistant professor of marketing at UNC Kenan-Flagler Business School, has started to fill.

He analyzes the interplay between advertised prices, “posted prices” – like sale prices – and negotiations in “Reference Dependence and Price Negotiations — The Role of Advertised Reference Prices.” It has important implications for retailers and regulators, such as the U.S. Federal Trade Commission.

For decades, researchers and retailers have known that the bigger the difference between the ARP and posted price, the less likely consumers are to search for alternatives and the more likely they’ll buy. Simply put, when people believe they’re getting a bargain because they see what seems to be a discounted price, they’re more likely to purchase.

There is also lots of research on how prices affect behavior when the transacted price is negotiated between buyer and seller. However, most of that work has been done in labs — experimental studies of buyer-seller interactions — rather than based on real-world transactions.

Jindal obtained two years of sales data from a large, durable-goods retailer where consumers have the option to negotiate. Using this data, Jindal explored how ARPs affected the final transacted price and the likelihood of buyers choosing to negotiate.

The retailer provided the data under the condition that Jindal didn’t reveal the identity of the company or the products it sells. However, he says the company could be thought of as similar to those selling home appliances, automobiles, home-improvement goods and the like.

The kinds of products the company sells are typically bought only every few years, Jindal says. So, unlike your weekly grocery run where you can assess the price of orange juice or bread from week to week, consumers likely weren’t aware of broad price trends.

Jindal analyzed the data across sales reps who interacted with consumers, product brands, retail channel, consumer gender and other dimensions.

Here’s what he found.

Overall, increases in the ARP increased the final transaction price. On average, for every $1 increase in the ARP, the transacted price rose by 9 cents. This was because higher ARPs reduced the likelihood of the buyer negotiating.

The data showed that a 1% increase in ARP resulted in a 6.69% lower likelihood of the consumer negotiating. If they buy without negotiating, they pay the posted priced rather than a lower negotiated price.

Men appeared to be somewhat less influenced by ARPs and more likely to negotiate, although the gender difference was small. For consumers who did negotiate, however, higher ARPs didn’t seem to affect the final transacted price.

Higher ARPs also held less sway over consumers who contacted the retailer online rather than in-store. That might be, Jindal says, consumers can more easily do comparison shopping and price research on the web, making them less reliant on ARP/posted price differences.

Jindal’s data covers big-ticket purchases, the kind consumers make once every few years. So, one question is whether his findings would hold true for other industries or other kinds of retail goods. While he can’t answer the question definitively – at least yet – Jindal did conduct a follow-up lab study to see if the dynamic he detected in the data would show up for less expensive items.

He recruited students to purchase inexpensive items, such as key rings and coffee mugs, in a simulated store, with the option to negotiate. There, again, he found that higher ARPs tended to make students less likely to negotiate, and therefore led to higher overall transacted prices.

That suggests that the findings from his durable goods data might extend to other sectors as well.

In addition to the obvious interest retailers have, the research also has implications for regulators, such as the U.S. Federal Trade Commission. One area of concern for the government is whether companies use prices in a way that’s manipulative or unfair to consumers. In recent years, department stores such as Nordstrom, Neiman Marcus, JC Penney and Macy’s have faced class-action lawsuits from consumers over their pricing practices.

Well, the takeaway is straightforward: Next time you have the opportunity to negotiate, you should. You’ll probably save some money.