The parties agree: Education reform is a must for the U.S. 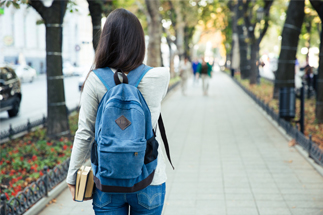 Every year, millions of students enroll in post-secondary programs with hopes of attaining the education they need to get ahead in the job market. But in the U.S. higher education system, “college acts like a lottery,” says Ben Miller, director of the Postsecondary Education Center for American Progress. Some students graduate with applicable skills and higher earning potential, while others leave unemployed with ever-increasing piles of debt.

The uncertainty about educational return on investment, along with varying levels of program quality – and the bureaucratic red tape preventing effective measurement of that quality – leaves students and policymakers alike searching for new approaches to higher education.

The educational landscape has shifted dramatically in recent years in terms of its core customer base. More and more non-traditional students are seeking post-secondary education, and traditional institutions have struggled to keep up with the needs of this diverse group. Thirty-eight percent of college students are over 25. Twenty-six percent are raising children, and 47 percent are supporting themselves financially.

“We’re getting closer to these kinds of experiences being the norm,” says O’Connell,. “But many of our policies are not oriented to conceiving the standard college student as an adult who has responsibilities beyond the classroom.”

One way to meet the needs of non-traditional students – including military veterans – is by experimenting with new educational programs. Competency-based education (CBE), for example, has seen some success. “CBE is conceptually appealing because you can go back and get credit for skills you’ve already learned,” says Dancy. “That way you’re not starting from the same point as someone who’s fresh out of high school.”

While the experimental learning market is ripe for private investment, only a dozen or so vendors offer CBE education. The federal government has been reluctant to invest in programs that don’t have a proven track record of success. But Miller argues the federal government is actually better positioned to finance these programs “because it can take on risks that people in the private market either wouldn’t do or would only be willing to do at such a high cost to the operator that it’s not financially viable.”

Whether it’s traditional or new models of education, who’s to say they’re actually working? ROI is the most important consideration for students when choosing their postsecondary institution, says Dancy. It’s important to ask, “What is the end goal?” and “not just ‘how much money are we going to throw at the system?’”

The academic quality of a post-secondary institution depends on many variables, and measuring them is complex. Typically, accreditation agencies have set and evaluated the standards – but they have historically been too accommodating of schools that don’t produce desired results, says Miller. “If you as an accreditation agency see your role as trying to encourage people’s improvement, then your incentive to really rigorously enforce those standards weakens.”

Once prospective students find a school that’s a good fit, how do they go about paying for their education? The majority of students defaulting on loans are dropouts who attended school for a short period of time – which is why Miller suggests making college less risky to try in the first place. Students could be “red-shirted” their first year to give them a better idea of what college is like – and if it’s right for them – without accumulating debt. One way to fund this type of initiative would be to award federal Pell grants during high school students’ freshman year instead of their senior year.

The loan system could also be improved by clarifying the amount students will have to pay from the very beginning. Miller proposes making the expected family contribution (EFC) – which is calculated by the Free Application for Federal Student Aid (FAFSA) – binding so that if it says a student’s EFC is zero dollars, that’s what he actually ends up owing.

Providing borrowers with manageable repayment options is one thing people on both sides of the aisle actually agree on. Income-based repayment (IBR) plans allow students to pay back a portion of their debt relative to the amount they earn after graduation. President Barack Obama implemented IBR reforms that require students to pay 10 percent of their income over 20 years, while President-Elect Donald Trump proposes the requirement to 12.5 percent over 15 years.

IBR repayment plans are attractive for students on both ends of the income spectrum – particularly graduate students who have the potential to accumulate six-figure debts. But there are some logistical hurdles – such as re-documenting income each year, says Dancy. Additionally, it could take borrowers up to 20 years to pay back a low-sum debt taken on after attending only 12 weeks of college.

While implementing any sort of large-scale change in the education sector is going to be difficult, the one-size-fits-all four-year institution model must evolve to meet students’ changing needs. Developing programs of value – along with manageable ways to pay for them – should be on the agenda for both the public and private sector.

“We need to flip this entire system,” says Miller.