The media moves the market

Talk about the power of the press. 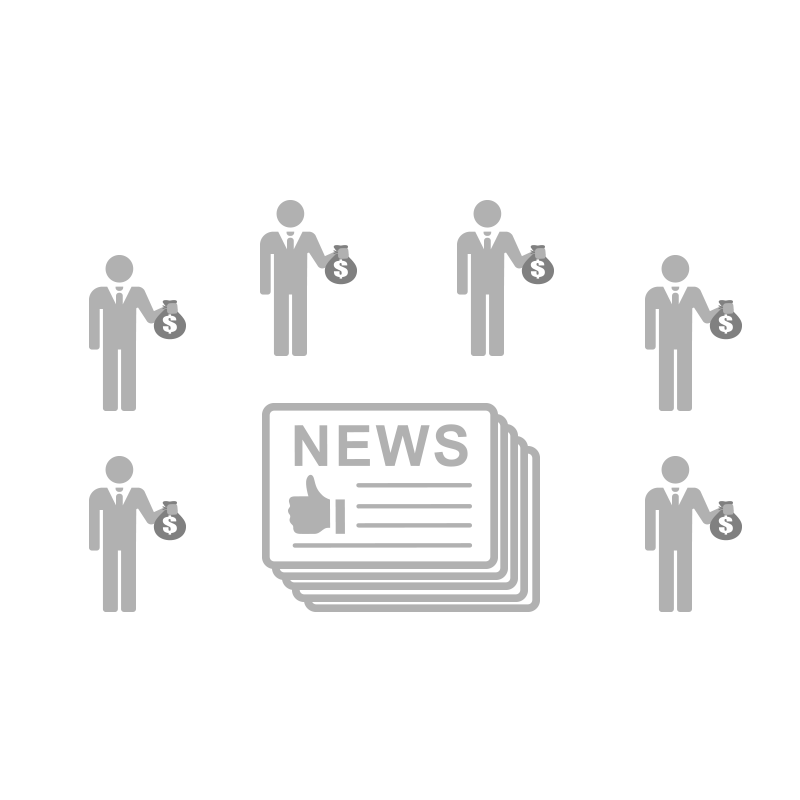 “Before we did this study, nobody had any idea of how media could possibly influence the lending market,” said Bushman, Forensic Accounting Distinguished Professor.

The research establishes that when significant positive information about a company is disseminated, an outside lender is more likely than the incumbent to have made the loan, and the borrower likely pays a lower interest rate.

“It’s changing the balance of power in the lending marketplace,” Bushman said. “It reduces the monopoly power of inside lenders and makes the market more competitive.”

Lending is a private-information world. Anyone with access to confidential information has an advantage over less-informed competitors.

A bank knows confidential information about its borrowers. Called an “inside lender” or “relationship lender,” the bank is well-positioned to keep the loan business of its borrowers because outside lenders fear bidding aggressively for a loan when they don’t know the entire risk.

Similarly, in a syndicate loan the lead arranger, who interfaces directly with the borrower, has more information than the other lenders in the syndicate. A lead arranger who uncovers significant risk factors in the borrower might try to hold only a small portion of the loan so that others in the syndicate would cover more of the risk. The other lenders, of course, would push the lead arranger to hold a more equitable portion of the loan. Risk also affects the interest rate, or spread, which is higher in loans that carry more risk.

The challenge for outside lenders is how to reduce that information asymmetry in order to bid for loans on a more level playing field. Although there are many sources of public information about a firm — reports from financial analysts, credit rating agencies and the firm’s own annual report — media-initiated news articles (not those originating from firm’s press releases) proved key.

Perhaps media sources made connections among publicly available information that other people hadn’t seen or maybe the media discovered something while digging around for news.

Regardless, positive media coverage had a clear-cut effect on the lending market.

“What we’re showing is the media are adding something over and above all those information sources,” Bushman said. “They’re not just rebroadcasting or mimicking what’s already known. They are another one of those pillars of that information structure.”

Positive media coverage about a company makes lenders feel more confident about the quality of the borrower, which prompts outside lenders to bid aggressively and increases their chances of winning the loan.

Bushman and his colleagues obtained loan-specific characteristics from the DealScan database provided by the Thomson Reuters Loan Pricing Corp. (TRLPC). They compiled media coverage and content scores from RavenPack News Analytics, gathered firm characteristics from Compustat and collected firms’ senior debt ratings and watchlist and outlook data from the S&P historical database. Their final sample size consisted of more than 7,000 loans related to more than 2,000 firms.

After running the analyses, Bushman found – over and over again – that media content:

The news articles succeeded in leveling the playing field so that outside lenders had a greater chance of acquiring loan business previously locked up by incumbents.

“Our research shows that media coverage captures an important aspect of the information environment surrounding the firm,” Bushman said. “Good news about firms makes lenders more comfortable and willing to bid aggressively, which increases their probability of winning loans.”