The higher they are, the harder they fall 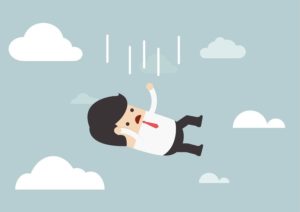 NBC suspended Brian Williams for six months in the wake of inaccurate statements he made about his military helicopter taking fire while landing in Iraq in 2003. I don’t watch “NBC Nightly News” so I don’t have much knowledge of or many opinions about Brian Williams one way or another.

Yet, as I listened to this scandal unfold, I wondered: Are the American people being too hard on him? Are we holding him to too high of a standard?

My question stems from my research with Ben Rosen, Carol Xu and Iryna Merideth.

We found that when people observe a wrongdoing, they felt more punitive toward a highly regarded and esteemed person – like Brian Williams – than for a lower status person – say, a local TV news anchor – for the identical act. In essence, observers don’t just punish the crime – they also punish the “criminal.”

The reason behind this is how we attribute intention. We assume high-status people are highly competent and capable. If they transgress, we reason, they surely must have done so intentionally – they’re too smart to make a mistake.

We see lower status people, in contrast, are seen as more fallible, so we find it easier to believe their missteps are the result of incompetence, not malice.

Although Williams contends that he misremembered the incident in question – in part because it was 12 years ago – media coverage of this story suggests that we, as observers, are behaving like participants in my research. We are assuming that Williams , because of his high status and prestige, must have misrepresented facts intentionally to bolster his image – that’s just too memorable an incident and he’s just too sharp to make a mistake like that, we reason.

As a psychologist, however, I know enough about human cognition to know that are memories are remarkably fallible. Ask anyone who has been in a serious car accident or has been through childbirth to recount the details and they will probably misremember half of the event.

Since most of us will never be a household name like Brian Williams, what can we take from his experience?  Based on my work, two things stand out.

So the next time you are faced with a high-status perpetrator, ask yourself this question: How would I interpret and respond to this differently if the wrongdoer were a lower ranked, lower status person? Answering that question just might give you some useful perspective.