The Great Wall of culture 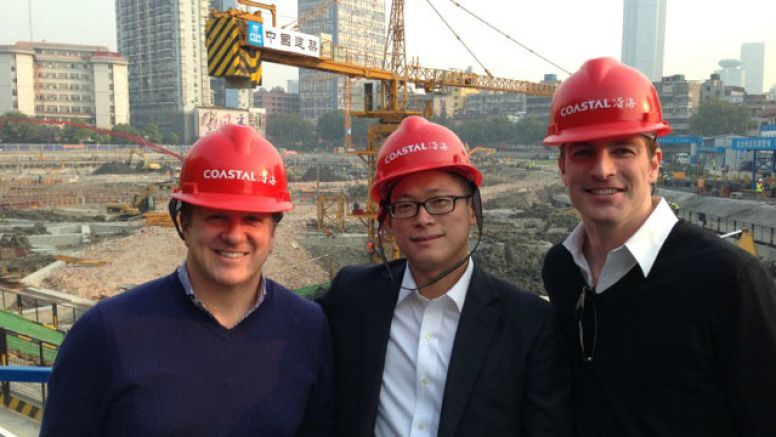 The thought of working overseas hadn’t crossed Jeff Tucker’s (MBA ’00) mind, but the opportunity to help form Century Bridge Capital, a private equity investment firm focused exclusively in China, from the ground up changed that.

Tucker started his career in government on Capitol Hill, then worked in entrepreneurship and private equity. After earning his MBA, he had returned to private equity as a vice president at The Halifax Group and a principal at Westham Capital Partners when the Century Bridge opportunity came his way.

Seven years later, Tucker is a managing director and the chief operating officer of Century Bridge Capital. The firm invests in residential real estate developments in China’s Tier 2 and 3 cities. While he is based in Dallas, Texas, he spends as many as 100 days each year in China and much of the rest of his time on the road, meeting with the firm’s institutional investors in the United States and Europe.

Building and operating a global company has been a learning experience for Tucker, starting with his first trip to Xi’an, China, in 2006. “I found myself wondering how there could be a city with eight million people that I’d never heard of,” he says. “It’s a very typical American way of looking at the world that I had to alter quickly.”

Tucker learned to navigate language, communication and cultural differences. “I studied French growing up,” he says with a laugh. “It’s a beautiful language, but it certainly hasn’t helped me in China!” When Century Bridge was formed, he had no Mandarin training—but that wasn’t his biggest obstacle.

“The biggest communication challenge for me isn’t the language, but the culture,” he says. “Language can be translated. Words can be translated. But it’s the meaning—the intention behind those words—that is more opaque and harder to translate.” And as Tucker notes, in China those words might be grounded in thousands of years of culture.

Learning about the cultural differences in China took time. “When you arrive in a foreign country, your first instinct is usually just to not offend anyone,” Tucker says. “Being able to determine when I had to adapt to the culture in a given situation and when I didn’t was a real challenge. It still is, actually.”

He got a firm grounding in Chinese business culture by spending time and building his experience base in China. “There’s no road map for starting and growing an investment firm in an emerging market like China. You have to trust the people on your team and be willing to make and learn from mistakes. You’re forced to rely on your instincts and business training.”

While navigating the early years of Century Bridge, Tucker relied on skills he honed in the MBA Program at UNC Kenan-Flagler. Working with his first-year MBA study team of five students from around the world taught him to listen to his colleagues and try to understand their point of view in order to overcome differences and ultimately get things done together. “That was tremendous training for business,” he notes, “particularly for an American working in an emerging market like China.”

To bridge the cultural gap between the Western and Chinese cultures, Century Bridge recruits professionals with significant experience in the Chinese real estate market, as well as experience working or studying in the United States. “Just as our name implies, a large part of what we do is act as a bridge between our U.S.- and European-based investors and our local Chinese development partners,” says Don-Ho Chien (MBA’ 07), director of underwriting in Century Bridge’s Beijing office. “This would be impossible unless you are culturally sensitive to both worlds. Understanding the Chinese culture has helped the firm tremendously.”

“The biggest mistake people make is trying to impose Western cultural views on the Chinese,” Tucker says. “That never works. Real estate is a local business so you need local talent.” This strategy has helped Century Bridge build a team that not only understands the Chinese markets where the firm operates, but also understand the perspectives of American executives and international investors.

Tucker has embraced some Chinese business customs— in particular, an emphasis on building relationships. Americans are sometimes too focused on the networking aspect of building a contact base, he says, while the Chinese invest more time and emotion into forming strong relationships. The concept is one that could benefit American professionals. “Networking is what gets you in the door, but relationships are what help you get things done,” he says. “I can’t overstate the importance of building close relationships in both life and business.”

That mindset carries over to Tucker’s relationship with his alma mater. He makes it a priority to stay in touch with UNC Kenan-Flagler professors, staff, alums and students. When Century Bridge was looking to expand its team in 2007, Tucker immediately reached out to his UNC Kenan-Flagler connections.

David Hartzell (PhD ’85), the Steven D. Bell and Leonard W. Wood Distinguished Professor in Real Estate and finance professor, introduced Tucker to Chien, then a second-year MBA student and teaching assistant for Hartzell’s undergraduate real estate class. On a real estate Global Immersion Elective to China, Chien proved invaluable to Hartzell as the only Mandarin speaker in the group.

“About the time Don-Ho was graduating, Jeff called me about a job opening with Century Bridge,” says Hartzell. “The requirements were very specific: He needed a really smart graduate with an interest in real estate development who could speak Mandarin and was willing to relocate to China to act as the firm’s development manager in Beijing. Needless to say, my first thought was Don-Ho.”

“There’s a great comfort level in knowing that our graduates work really well with people, know how to make things happen and are team players,” says Tucker. “When we need people for internships or full-time hires, UNC Kenan-Flagler is always the first place I look.”

Tucker values the lifelong relationships formed with the UNC Kenan-Flagler community. “Even before I graduated, I had fallen in love with UNC and Kenan- Flagler,” he says. “The people are a big part of what make the School so special. Now when I go back and have a cup of coffee with Professor Bob Connolly or talk on the phone with Dave Hartzell, I’m talking to them as friends,” he says. “They offer valuable insights and perspectives. The UNC Kenan-Flagler community is like a big family to me.” 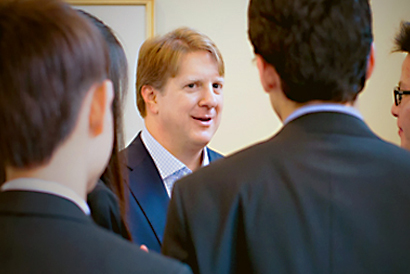 His love for the School inspires him to give back in a variety of ways, including sharing his expertise. He served on the Center for Entrepreneurial Studies advisory board, the Alumni Council (including a stint as chairman) and the most recent Dean Search Committee. He currently serves on the School’s Board of Visitors and the International Board of Advisors.

“To be able to have a seat at the table, give advice and help build an institution that I love so much has been incredibly rewarding,” he says.

Tucker is a proud donor and advocates the importance of financial support for the School from fellow alumni. He says that 20 percent of UNC Kenan-Flagler’s budget comes from alumni donations, making it imperative that alumni give back to ensure that current and future students have an experience that is just as good and hopefully even better than the one they had.

“Everything I gained at UNC Kenan-Flagler was the result of someone else giving back to the School in some way,” he says. “As alums, we’re really duty bound to continue that tradition. For me, giving back has been more rewarding than I could have ever imagined. UNC Kenan-Flagler changed my life in such a positive way, and that’s something for which I’m eternally grateful.”