The deference between us

Co-workers defer to each other as they negotiate their way up the ranks.

We work hard to rise in rank. We work even harder to keep from falling.

In a hierarchy – and hierarchies are ubiquitous – deference is a communication tool used to manage relationships. People expect that underlings will show deference to their superiors. 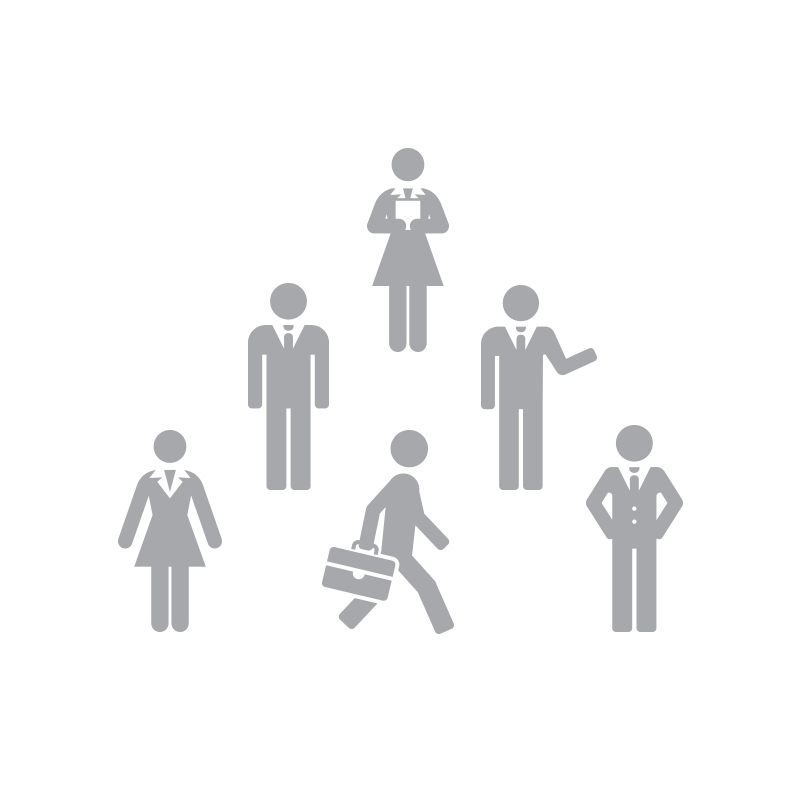 Yet deference appears even more frequently among peers, according to research by Alison Fragale, an organizational behavior professor. She has documented the abundance of lateral mutual deference and explored the purpose it serves.

“My research is one piece in the bigger argument that hierarchy is useful,” Fragale said. “Deference is a communication strategy of signaling, ‘I recognize our relationship and I don’t intend to challenge it.’ ”

Hierarchy — the unequal distribution of status and power among individuals in a collective — is a defining characteristic of organizations. While most people would prefer to be high-status than low, they can’t claim that status for themselves. Status and power must be given by others in the group – not taken by a self-proclaimed leader.

Fragale uses an analogy from the primate world: A monkey can’t be the top monkey without challenging all of the others in the group. If the other monkeys object, they kill the challenger.

“Although people want status and power,” Fragale said, “there is a big risk if you try to get them and fail. You can’t just say, ‘I’m in charge.’ Other people have to go along with it.”

Rising to the top, then, has to be done subtly, one level at a time. It comes through recognition of being the best in a peer set. Deference indicates sensitivity to peer competition, moving forward no faster than the peer group allows.

“Particularly in Western culture, we tend to espouse egalitarian ideals,” Fragale said. “But much as we say we want everyone to be equal, a group without a clear authority structure is incredibly inefficient because no one wants to risk being punished by the group for stepping up and taking charge.”

To understand where people use deference and what purposes it serves, Fragale and her colleagues took a two-pronged approach. They examined archival data on a year of email exchanges at a division of Enron to see where deference occurred. They also took to the field to solicit email from a diverse sample of working professionals across a range of organizations to measure their concern for social acceptance.
They found that individuals concerned about maintaining their status were more likely to exhibit deference to their peers than to their bosses.

Peer-to-peer relationships have a lot of ambiguity. Building a hierarchy where none exists, as in self-managed teams and peer groups, requires delicacy and diplomacy. People still want to put forth their good ideas, but if the group has no clear hierarchy its members are more likely to use deference, softening assertions with “maybe we could try?” and “what do you think about?”

But people can waste a lot of time doing the deference dance. Deadlines draw ever closer, yet no one wants to risk punishment from the group for stepping up to be in charge. A truly flat organization never gets anything done, Fragale said. Mutual deference is incredibly inefficient.

So why do people think that deferring is functional when trying to complete a task?

“Deference in general may not be good for getting ahead, but it protects you from the downside risk of status loss,” Fragale said.

People are mentally hard-wired to understand hierarchy better than equality, research has shown. They understand relationships in terms of who reports to whom. And they find group work more satisfying when there is a clear authority structure. When business people talk about flattening organizations, they aren’t espousing the end of hierarchy. They refer, instead, to paring down perks and not marking authority with high salaries and access to private jets.

“All you need is a decision-maker in the event of a tie,” Fragale said.

Having established the propensity for lateral deference, Fragale plans to continue her research by conducting controlled studies in a lab to see whether deference actually does protect people from status loss. People engage in deference because they think it works, she said, and she wants to test whether it does.

Beyond that, Fragale concludes that hierarchies are common for a reason: They facilitate task work. Bosses would do everyone a favor when setting up a team by appointing a leader.