Skip to content Skip to Programs Navigation
The 5 biggest myths about U.S. healthcare

The 5 biggest myths about U.S. healthcare 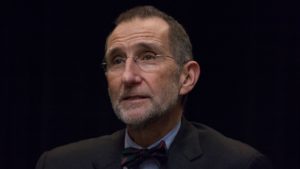 Bill Roper, dean of the School of Medicine, CEO of UNC Health Care and vice chancellor for medical affairs at UNC-Chapel Hill, discussed the five biggest myths in health care at the “Business of Health Care: Adapting to an Aging Economy” conference hosted by the Frank Hawkins Kenan Institute of Private Enterprise at UNC Kenan-Flagler Business School.

Myth: Everyone gets the care they need eventually.
Reality: This is false because millions of Americans are left out of the healthcare system completely. To receive Medicaid you have meet a significant amount of stipulations. Those who don’t qualify but still are unable to pay for insurance with their own money are left with no coverage and no means to pay for their medical bills.

Myth: It doesn’t matter which doctor or healthcare facility you go to.
Reality: There is a difference in the quality depending on the area you are in, the type of hospital it is, and the schooling the physicians received.

Myth: The cost of healthcare is not a problem.
Reality: Costs are a huge problem and deterrent for people seeking the medical attention they need. The national government spends over $3 trillion per year on healthcare, which is crowding out education spending.

Myth: If you like your care the way it is, nothing will change:
Reality: Everything is changing – within the world of healthcare and outside of it.