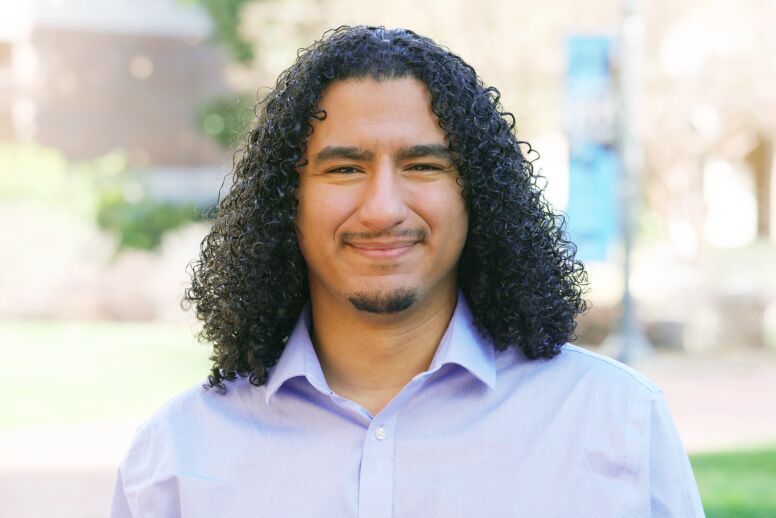 For as long as he can remember, Gomez Menzies has been fascinated by the healthcare industry.

“I think healthcare is really the place where you can see the interaction between science, business, and our society,” he reflects.

This interest led him to a bachelor’s degree in the history of biotechnology at Harvard, before moving into academic research through a graduate degree in biomedical science at the University of California, San Diego.

Alongside his graduate studies, Gomez Menzies spent time consulting for pharmaceutical and biotech companies. He was intrigued by the complex challenges that decision-makers at these organizations faced, and wondered how he could move into similar roles.

“I started to realize that most of the people making decisions in those companies had MBAs, not PhDs,” he says. This revelation sparked his decision to go to business school.

When Gomez Menzies s first considered earning an MBA, he thought he would use it to move into life science consulting, and UNC Kenan-Flagler offered ample opportunities in this area. The School’s MBA full-time MBA Program offers a specific healthcare concentration, which matched his interests perfectly.

“UNC has top programs across healthcare, in and outside of business, and really creates a collaborative approach to the complex problems that face our industry,” he says.

The School’s location, at one corner of the Research Triangle in North Carolina, was another draw for Gomez Menzies. This area encompasses three major research universities, along with several innovative pharma companies like GSK and Endacea-Technology.

He pursued his interest in valuing innovation and startups by undertaking an internship with Cofounders Capital, a local venture capital fund where a UNC Kenan-Flagler alum is a partner.

Another highlight, he says, was participating in UNC Kenan-Flagler’s STAR (Student Teams Achieving Results) program, where student teams develop actionable solutions to solve a complex business problem for a company. During his consulting project, Patrick and his team worked with GSK to help them re-enter the innovating therapeutic space of oncology.

“They asked for recommendations on what an innovative lean organization in this space would look like,” Gomez Menzies says.

He also had the chance to put this newfound business acumen behind a good cause, when he got involved with UNC Kenan-Flagler’s Nonprofit Board Consultants program. This meant consulting for a local non-profit – the Poe Center for Health Education.

“They’re a non-profit that educates children and parents on healthy living,” says Gomez Menzies. By working with the Poe Center, he saw first-hand the challenges that nonprofits face – and present some solutions.

“We recommended some ways to automate their processes to give them a greater reach in the community,” he says.

Developing as a leader

As well as getting to know the business side of healthcare, these experiences offered Menzies some crucial leadership insights, which he further developed back on campus.

One opportunity that really stands out from his time at UNC Kenan-Flagler was taking up the mantle of vice president of diversity for the MBA Student Association.

“I considered how every student can have a positive business school experience, and leave as leaders who’ll emulate that diverse and positive environment in their future careers,” Gomez Menzies says.

As graduation approached, he was keen to find a career where he could keep developing these leadership skills, while making a difference to the lives of patients.

He’d initially planned to find a role in healthcare consulting, but the career team at UNC Kenan-Flagler encouraged him to look into management development programs at large organizations.

When he graduated he started a four-year rotational leadership program with GSK. “I was attracted to the potential to grow within one organization, but still get a breadth of experience,” he says.

He and his team are working on the launch of a new cancer drug for multiple myeloma, a form of blood cancer.

“I work on the access side, looking into barriers that prevent a patient from accessing the drug,” Gomez Menzies says.

This involves bringing different teams together from throughout GSK, and the ability to lead them toward a common goal is something he picked up at business school.

Working in small teams, the UNC Kenan-Flagler classroom closely emulated the type of work he does today.

“The collaborative culture at GSK also reminded me of the culture at UNC Kenan-Flagler,” he says.

Ultimately, Gomez Menzies is driven by the real difference his work can make to patients’ lives. “At the end of every discussion, we ask how what we’re doing can improve the quality of patients’ lives,” he says.

“I think business school really gave me the skills I needed to have a larger impact than I was having at the bench.”