Super Bowl coaching strategies you can use in biz 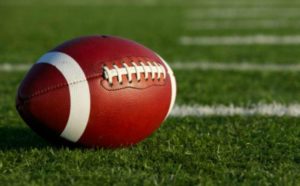 As a coach, you don’t get to the Super Bowl without being a great strategist and competitor. So when their two teams meet each other in Super Bowl XLIX this weekend, you know Pete Carroll (Seahawks) and Bill Belichick (Patriots) will bring their best coaching strategies. Here are a few you can use to up your game:

Study your opponent
There’s a saying in sports: “The will to win is nothing without the will to prepare.” And the best coaches do this. You can bet that the Patriots coaches will be studying how the Seahawks defense played in past games to find any advantage. Business pros need to do the same – understand how their competitor’s products, business model, strategy and tactics.

Develop a great game plan
Every coach has a game plan that lays out the offensive plays they think will work and the defensive schemes they believe will keep the other team from scoring. Whether their game plan will be successful or not ultimately depends on the strategies the other team employs and how well each team executes.

The same goes for business leaders. It’s amazing how many companies lack a written strategy that everyone on their team can execute. Every business needs a game plan that takes the competition into account and clearly lays out the path to success.

Attack weaknesses
Part of any game plan is to seek out weaknesses of the other team and exploit them. This could mean throwing passes to part of the field covered by a rookie cornerback or taking advantage of an opponent’s weak run defense.

In the commercial realm, it’s key to find competitors’ weaknesses that can be capitalized upon. Netflix beat Blockbuster by offering a less expensive and easier way to rent DVDs. Then Redbox trumped Netflix in that space by having DVD kiosks as supermarkets and other high-volume locations. And now, Netflix has one-upped Redbox by offering original programming (such as House of Cards), in addition to movies and tv shows.

Practice a little deception
In the Super Bowl, you can expect to see a lot of deception on the field as a means to overcome the other team’s preparation and to keep them reacting versus calling the shots. And look for a few trick plays by each team to make an appearance as well.

In business, it’s definitely not ethical to mislead customers – but you can do a few things to keep your competition in the dark. The biggest one is to refrain from publicly revealing your strategy in detail. It always amazes me how often CEOs lay out their plans for all to see. While some sharing is necessary to keep the stock market in the loop, too often business leaders go too far in giving away what should be kept close to the vest.

This blog excerpt has been adapted and posted with permission from the author. View the original publication on Fast Company here.

By Mark McNeilly, professor of the practice of marketing