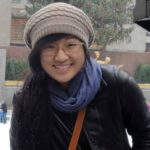 Participating in the nationwide Small Steps, Big Wins (SSBW) sustainability competition hosted by Net Impact was one of the many exciting programs the Undergraduate Net Impact Club established during the 2013-14 academic year.

Net Impact sought to encourage more students to think about the environmental and social impact they could make through sustainable actions from riding the bus, to volunteering in the community. Using the myActions website as a social network to both record actions and connect with other SSBW participants, students were able to raise money for nonprofits and see how many pounds of CO2 they reduced.

The Net Impact team invited several environmental and social clubs on campus to participate in a month-long competition and recruited over 120 members, raised more than $450 for national nonprofits and was ranked No. 8 out of 93 national universities. Within the UNC competition itself, environmental honors fraternity Ep Eta was by far the most active group of small steppers and raised $180 by themselves.

Participants even caught the attention of the national Net Impact organization. UNC Environmental Affairs Committee member Davis Plunkett  and Marisa Ann Scavo entered a mini-case social entrepreneurship competition through the SSBW competition and were two of the three national winners, automatically guaranteeing them a spot in the finals of the competition.

The small steps team has big plans to include more students and organizations on campus. Be sure to keep an eye out for upcoming competitions. Sign up for the Net Impact Club newsletter for updates on SSBW and help make an impact at UNC!