Skip to content Skip to Programs Navigation
Right on cue 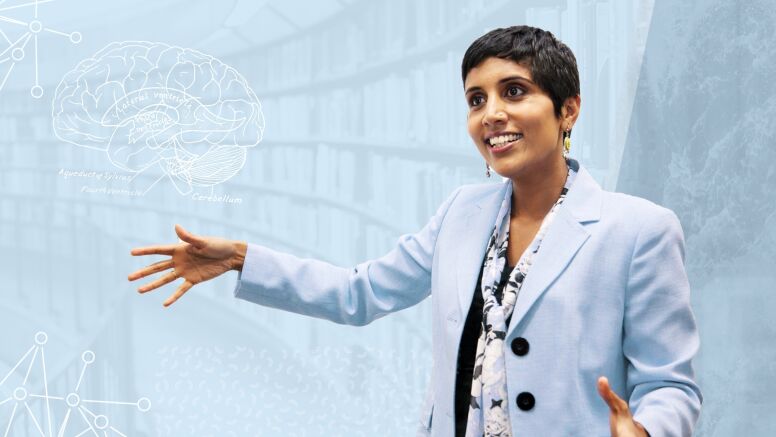 Most of us do our best to act ethically – right? Turns out, it depends on the situation.

Research by Sreedhari Desai, an organizational behavior professor at UNC Kenan-Flagler Business School, shows that behavior is influenced by factors beyond our intrinsic morality.

Environmental cues, how work is structured, stress and anxiety influence how we behave. Some factors prompt people to be more moral, some less so.

“One of the primary assumptions of economics is that all human beings are rational, utility maximizing agents,” Desai says. But voluminous research — and day-to-day observations — show that other factors influence our decisions.

“People don’t just behave self-interestedly,” she says. “They give money to charity, for instance. Clearly there is something apart from self-interest that motivates human behavior.”

Companies have long relied on monetary incentives — such as pay raises, bonuses and commissions — to motivate employees. And a quick review of news headlines reveals many cases where monetary motivations won out and people crossed ethical and legal lines. 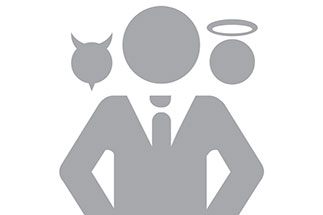 Desai’s research suggests that businesses can nudge employees in more ethical directions. In lab experiments and field studies, she and colleagues at Harvard Business School and Northwestern University discovered that subtle cues can influence people to behave more morally and unearthed factors that might cause people to behave less ethically.

Accountability and ethics
When companies build accountability into their processes, employees are more likely to act morally. Desai’s research shows that something as simple as how services are billed — whether in a legal office or an auto-repair shop – can influence whether customers are charged a fair price or are overcharged.

Among the studies that Desai and Northwestern’s Maryam Kouchaki conducted was a field experiment involving auto-repair garages in Boston. A research associate called 94 shops to ask for a quote on replacing brake pads. Half the garages were asked for a total estimate, while the other half were asked to quote the cost of labor and parts.

“Most companies don’t actually think about the ethical implications of something as simple as asking for a unit report versus a cost report,” Desai says. Unit-reporting strategies could be helpful in suppressing unethical behavior in the form of overbilling – a finding that could apply to companies that bill for services hourly, as well as those that price products or services by adding different work components together.

Stimulating a moral state of mind
Desai and her colleagues looked at how various cues — from religious symbols to childhood memories — affect moral behavior.

In lab studies conducted with Harvard University’s Francesca Gino, they asked people to write short essays about their own childhoods and then measured how likely they were to donate money to a good cause or to punish a wrongdoer in a hypothetical scenario.

Compared to control groups that wrote essays about neutral topics – such as grocery shopping – people who wrote about childhood memories were more likely to behave in a pro-social way and indicated they would punish a wrongdoer more harshly.

Their findings suggest that thinking about one’s childhood can produce feelings of moral purity and nudge people toward more moral behavior. Since children aren’t a common presence in most businesses, Desai suggests that companies can encourage more ethical behavior by including childlike elements in the workplace. Colorful, playful office décor, for example, might remind employees of childhood and prompt them to behave more ethically.

Moral symbols — from quotes in email signatures to pictures of religious figures – are another prompt to lead people to behave more ethically. Desai found that supervisors were less likely to ask their employees who displayed religious symbols to do something unethical.

Her research demonstrates how the work environment can send subtle messages to employees about what’s important and how they should behave. It also suggests that actions such as changing a company’s values statement can send subtle cues that affect how people behave.

In one experiment, they found that participants who were exposed to an anxiety-inducing video clip were more likely to cheat to win money while playing a simple computer game. Their findings suggest that when people feel stressed and anxious they become more defensive and alert to external dangers and are less likely to consider ethical or moral reasons when making decisions.

“Our studies indicate that organizations wanting to preserve a strong code of ethical behavior should consider taking steps to reduce anxiety or otherwise shore up employees’ moral reasoning,” says Desai.

Taken together, Desai’s research findings can be used to prevent bad behavior in the workplace while prompting employees to be more ethical. As Ben Franklin once said, “An ounce of prevention is worth a pound of cure.”