Resisting change in the face of negative news? 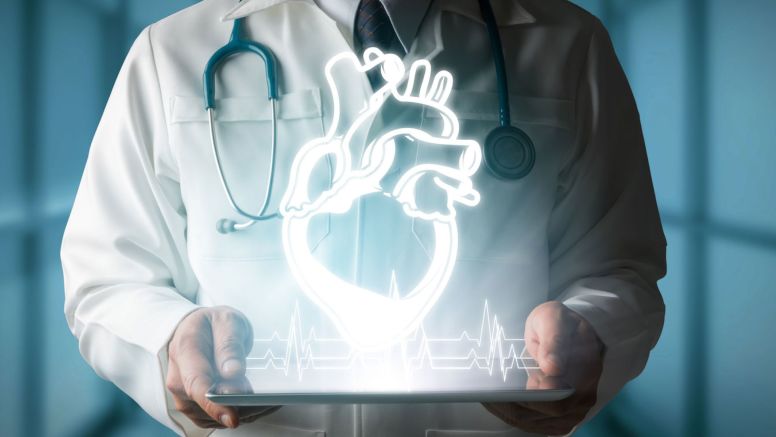 It’s a kind of paradox. Are more experienced individuals – because of their presumably greater expertise – more likely to change their behavior when confronted by new information? Or are they more likely to resist new decisions because they’re confident about relying on their experience?

That’s the fundamental question tackled by Brad Staats, professor of operations and faculty director of the Center for the Business of Health at UNC Kenan-Flagler.

“Ideally, when you receive new information, you quickly adjust your decision-making – and you would expect the most experienced people would do so most accurately,” says Staats, “but our research indicates that might not be the case when they get negative news.”

The heart of the matter

To shed light on how experience alters the way people make decisions after receiving negative news, Staats used a natural field experiment involving cardiologists as well as controlled experiments in a study with Diwas S. KC of Emory University and Francesca Gino of Harvard University. They published their findings in “Maintaining Beliefs in the Face of Negative News: The Moderating Role of Experience” in Management Science.

They started with a database of cardiac stent use in Pennsylvania from 2003-08. It covered 146,998 percutaneous coronary interventions (PCIs) – angioplasty followed by a stent insertion – performed by 399 cardiologists.

Stents – tiny, cylindrical, hollow metal meshes – are inserted into previously blocked arteries that have been cleared in an angioplasty procedure. Interventional cardiologists used bare-metal stents to prop open coronary arteries and keep them from collapsing, which can lead to potentially fatal heart attacks.

In 2003, the FDA approved the use of drug-eluting stents, which release small amounts of drug over time to prevent new blockages from forming at the prior blockage site — a risk elevated in patients with stents. These drug-eluting stents quickly became the primary choice of cardiologists, capturing as much as 90% of the stent market.

By 2006, however, negative outcomes led the Food and Drug Administration (FDA) to appoint a task force to review the risks of drug-eluting stents. It found they created greater risks when used “off-label” – in patients with different, often more complex conditions than those for which the stents were  initially approved for use.

The FDA recommended – but didn’t require – that physicians reduce their use of drug-eluting stents. Within a few months, drug-eluting stents’ market share fell to about 60% – still high, but much lower than it had been prior to the FDA review.

Staats and his colleagues used the database of stent use to examine how physician experience, the experience of peer physicians at the same hospital, and other factors influenced use of drug-eluting stents before and after the FDA’s review.

Likewise, when considering the impact of peer experience, each standard deviation increase in peer experience boosted the odds of using drug-eluting stents by 2.6% after the FDA announcement. These trends generally held even controlling for other factors, such as differences in who was paying for the procedure.

In making decisions about stent use, cardiologists appeared to substitute their own experience and their peers’ experience for the FDA’s findings.

Overconfidence in the lab

Study participants – in one case people recruited on Amazon’s MTurk service and university students in the other – made hypothetical investment decisions. In both studies, they choose whether to invest more in a fictional scenario after they learned their earlier investment had turned out poorly.

Similar to the cardiologists’ behavior, study participants who felt more confident were more likely to continue investing the same way — despite the poor outcome of their earlier investment.

“Decisions, including stent use, have significant impact on both the health of patients and healthcare costs,” says Staats. “Highly trained physicians often must weigh their own experience along with best-practice recommendations and new science. Our study suggests they need to take negative information into consideration in their decision-making.”

The same is true for companies. Decisions that pit personal experience against new information are common in industry, too. Innovation and changing market dynamics can draw into question the experience and conventional wisdom individuals rely on.

Staats’ research suggests that companies should carefully consider how they encourage managers and other decision-makers to make better decisions in the light of negative information.

In the case of the FDA announcement, the new information changed stent decisions for Pennsylvania cardiologists by 56% overall.

Clearly, negative news has a significant impact on decisions. “Policymakers and executives, should make sure they clearly communicate such news to decision-makers” says Staats.

Merely communicating negative news is not enough. “Our research indicate that experienced individuals and those working with more experienced groups are likely to resist new behaviors,” says Staats.

“When communicating negative news and its decision-making implications to experienced groups, leaders might need to communicate it more frequently,” he says. “They also might consider assigning a ‘devil’s advocate’ – ideally an experienced individual – to argue in favor of the change, to further persuade more experienced groups.”