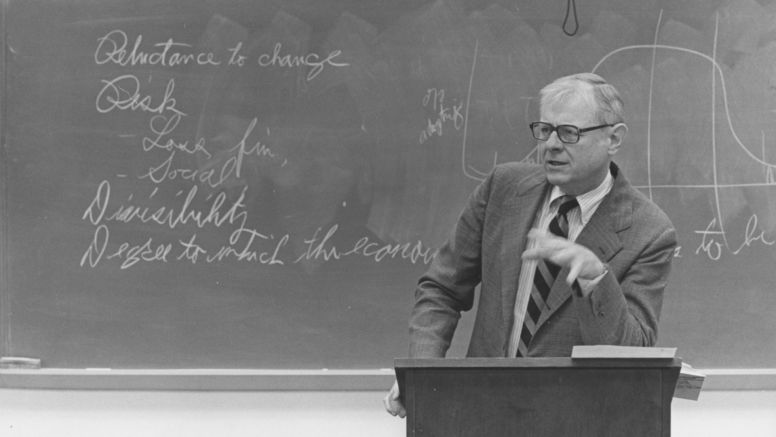 Kendall joined the faculty in 1968, and taught marketing and international business.

“C L continued to be engaged with our community long after his retirement, and we will miss his contagious smile and optimistic spirit,” said Doug Shackelford, dean and Meade H. Willis Distinguished Professor of Taxation. “He touched many lives and leaves a tremendous legacy at UNC Kenan-Flagler.”

Born in 1927, Kendall enlisted in the U.S. Navy at age 17 and served on a World War II destroyer in the Pacific. He attended Washburn University on the GI Bill, and then served four years in the U.S. Air Force in Georgia, Korea, Japan and Cambridge, Massachusetts.

After he earned his MBA from Harvard in 1956, he worked for General Electric for several years in marketing and public relations positions.

Pursuing his international interests, he worked on a Harvard team that founded INCAE in Nicaragua and Costa Rica. From 1965-68 he was the director of research at ESAN, the first academic graduate business school created in the Spanish speaking world, in Lima, Peru, and managed by the Stanford Graduate School of Business.

Kendall returned to Harvard to earn his DBA, and then began his academic career at Carolina. 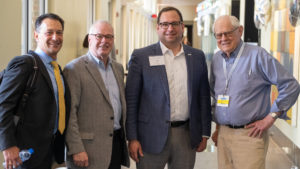 He was one of our first professors to teach courses with international content, well before the School made a move to globalize all that we do. He taught extensively in our Executive Development programs, and directed The Executive Program from 1977-90 and corporate programs from 1990-95. UNICON, the international university consortium for executive education, awarded him emeritus status for his contributions to its success. He also served as director of the Carolina Business Initiative.

Kendall served on the board of directors of the U.S. Department of Commerce’s North Carolina District Export Council, and consulted with many companies, including Coca-Cola, IBM and Nestle.

Professor Jack Evans remembers him as “a gentleman in all that he did. He was gracious toward his colleagues and welcoming to those who joined the faculty.”

“His intellect, his dedication to teaching, his empathy, and his hearty laugh made me grateful to know and work with him,” said his marketing colleague, Professor Valarie Zeithamal.

Kendall was still playing tennis at 91. CFO Dave Stevens often saw him at the Tennis Club. “C L would make you feel like you really mattered,” he said. “He was always upbeat, smiling. He showed genuine interest in you, both personally and professionally. He would always have something complimentary or positive to say. He brought out the best in people.”

Sherry Wallace, executive director of engagement and inclusion, adored him. “C L struck up a conversation with me in the cafeteria shortly after I joined the staff in 1998, and he checked in regularly ever since,” she said. “We met for lunch several times a year during which he’d share stories about his visits with other retired professors and I’d update him on current activities at the School. He cared deeply about the School and its people – past and present.”

The UNC Kenan-Flagler community extends its sympathies to Mary Anne Kendall, his wife, and their children Malcolm (MBA ’99), Blair (MBA ’94), Logan and Kathryn.

A memorial service will be held Monday, Dec.16, 2019, at 3 p.m. at the Church of the Holy Family, 200 Hayes Road, Chapel Hill. Click here to read more about Kendall and how to honor him.