Proving the power of mentoring 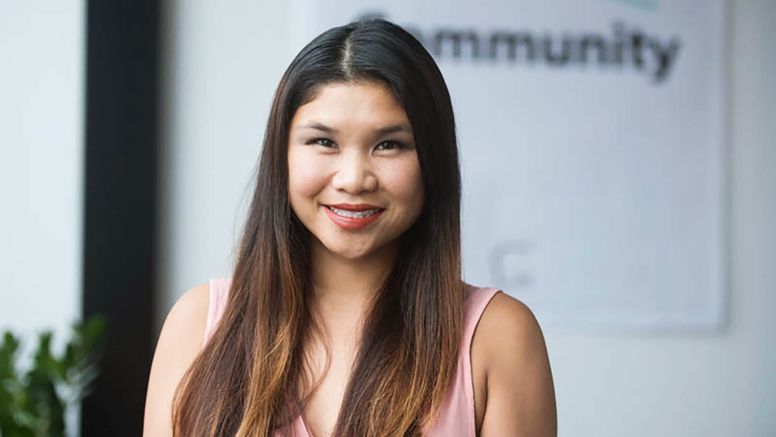 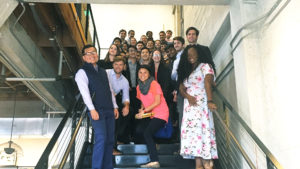 Whitnie Low Narcisse (MBA ’16) believes in the power of networking. Based in the San Francisco Bay Area, she uses her superpower of connecting people in her own life and in her role as VP of talent and community resources at First Round Capital, a venture capital firm specializing in providing seed-stage funding to technology companies.

The lead of First Round’s post-investment team, Narcisse works with her team of seven employees to ensure the success of the more than 200 companies in which the company has invested. “Our definition of success is helping our companies become sustainable businesses or raise future Series A or Series B funding rounds,” says Narcisse. “We aspire to give our companies all the resources they need.”

One of the key assets Narcisse has developed is First Round’s Expert Network. “Our experts-in-residence are a great resource for our companies,” she says. Whether a company needs help with employee handbooks, positioning and branding, customer success or something else, an expert in HR, marketing, customer success or a myriad of other business niches is available, from both within and outside the First Round universe.

“We also pair our founders and employees at our companies with one another to grab coffee and to learn from one another,” says Narcisse. “Why should folks go through the same mistakes rather than learning from someone who already been through it?”

In 2016, Narcisse developed the First Round Fast Track which provides a seasoned industry mentor for any employee of companies funded by the firm. “Most venture firms focus only on the founder,” says Narcisse. “We believe that in order to build a really amazing business, you need not just the founder but the whole team of people so we want to support everyone in our community.”

Narcisse says that one of the reasons for the success of Fast Track – supporting its ninth cohort of mentees and mentors in 2020 – is that “everyone feels like they want to give back. And there are so many people with so many amazing experiences to share.” She has distilled some of the wisdom gained after supporting more than 1,000 pairings of experienced advisors and early-stage founders and employees.

While she believes that mentorship is crucial, she thinks the word itself is not. “Asking someone to be your official ‘mentor’ can feel scary to them,” she says. “It’s better to say, ‘You are a trusted personal advisor to me. I go to you for career advice and I so appreciate it.’”

She says that mentorship needs to be organic. “You can’t force someone further along in their career to have a relationship with you,” she says. “But you can tell them that you really want to gain insights from their experience.”

She encourages new mentees to casually treat potential mentors to coffee but not to treat the relationship casually. “You should have an agenda as to why you’re meeting and the mentor should see the connection,” says Narcisse. “Mentors love to see themselves in younger people, whether it’s their drive, ambition or similar career path. So if a mentee can highlight that up front, the mentor can make a true deeper connection with the mentee.”

Narcisse is active on both sides of the mentor/mentee relationship in her own life. “There are different people for different parts of your life,” she says. “I think it’s important to have a personal board of directors, that include both mentors and sponsors, to help guide you in your life.” The five men and women on her personal board of directors “have helped me at every new step in my career, making sure that I grow.”

“We all need people you trust who are a little bit farther ahead of you in life,” says Narcisse. “A sponsor is someone within your organization who can advocate for you. A mentor is someone who can help you see a bigger perspective and isn’t confined by the structure of your job or your company.”

Mentorship is critical for everyone, especially millennials and Gen Z-ers who are going through a lot of life changes, she says.

“The average time someone spends in a job these days in the Bay Area and New York is 18 months, half of what it was a decade ago,” she says. “Working with someone outside your organization who can help you see the broader picture is incredibly important.” 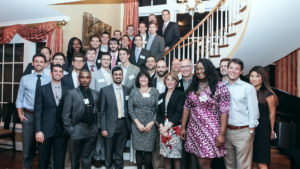 As a student at UNC, Narcisse benefited from mentoring during her tenure in the inaugural cohort of the Apprentice Program, a life-long network of students and successful UNC alumni committed to developing transformative entrepreneurial careers as founders, funders, and growth executives.

“The Apprentice Program was particularly helpful to me in being able to meet people who were further down the road in their careers and seeing what success could look like,” she says. “It’s important to have a target to shoot for.”

Narcisse’s experience at UNC Kenan-Flagler was a formative part of her professional journey. As an active member of the Alliance for Minority Business Students, Carolina Women in Business, Entrepreneurship & Venture Capital Club and Energy Club, she honed her already strong leadership skills.

Those skills and her academic excellence were recognized in her being named a Consortium Fellow, Forté Foundation Fellow and Dean’s Fellow at UNC Kenan-Flagler and a Non-Profit Board fellow at Durham’s Bull City Forward.

UNC Kenan-Flagler’s Entrepreneurship Center was also instrumental in her development. “Professor Ted Zoller was so influential in exposing us to the entrepreneurial ecosystem in the Triangle,” she says. “The Startup Consulting class I took with Professor Jason Doherty where we worked with a local, high-growth startup to help them scale their business was incredibly eye opening.”

She also notes the impact of the Venture Capital Investment Competition (VCIC), led by Patrick Vernon, clinical associate professor of strategy and entrepreneurship and director of venture initiatives. “I’m still involved with VCIC to this day,” she says, noting that she has judged the Bay Area’s regional competition.

“Those three people – Ted Zoller, Jason Doherty and Patrick Vernon – opened the doors for me, someone from Silicon Valley who cares deeply about entrepreneurship, to find the space at UNC Kenan-Flagler to thrive,” says Narcisse.