Skip to content Skip to Programs Navigation
Protecting your own 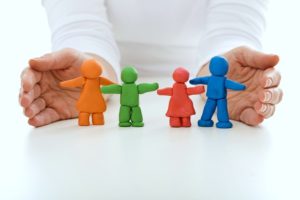 Watching a friend being mistreated can make you feel protective—and might make you want to “get back” at the transgressor.  Perhaps you’ve been guilty of punishing your friend’s harasser with snide remarks, the silent treatment, or “intentionally forgetting” to invite him to a holiday party.

It turns out that this phenomenon extends to our teammates at work, too. My colleagues and I tested this idea in a study published in the Journal of Applied Psychology. We had a supervisor of a four-member team underpay one team member—but pay the other three as promised—for their collective work on a interdependent task.

As uncomfortable as this study was to conduct—especially for those of us playing the supervisor role—we learned something valuable.

How does this happen? The phenomenon occurs partly through emotional contagion. The mistreated team member expresses negative emotions and then the whole team “catches” and internalizes those negative emotions, which results in retaliatory behaviors.

So what should managers take away from these findings?

But nobody is perfect, so what’s a manager to do after treating an employee unfairly? The good news is that making amends matters.

So, remember that a courteous and genuine apology goes a long way!