Skip to content Skip to Programs Navigation
Painting her own canvas

Painting her own canvas 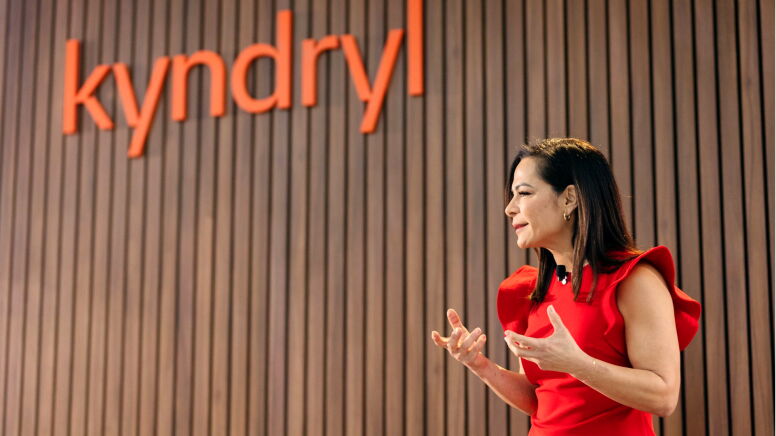 When Maria Bartolome Winans (BSBA ’91) attended the University of North Carolina at Chapel Hill, she didn’t see herself as a unicorn when she chose to pursue art and business simultaneously. Some told her it was impossible, but she felt called to both programs. 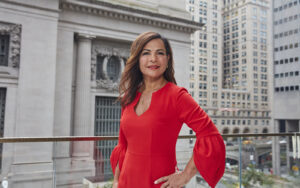 She has gone on to meld the art and science of business to build a stellar career as a marketing leader. After a 29-year career at IBM – most recently as chief marketing officer (CMO) for IBM Americas – she is bringing her full range of talent as CMO to Kyndryl, the world’s largest IT infrastructure provider. It designs, builds, manages and modernizes complex, mission-critical information systems. It serves over 4,000 customers in more than 60 countries around the world, including 75 percent of the Fortune 100.

UNC was her only choice

“UNC gave me a platform to really be myself, and to bring the best of what I was trying to do, which is bring both of those curriculums – art and business – together,” says Winans.

What drew Winans to UNC in the first place was the diversity of the campus. She found the University as a whole and UNC Kenan-Flagler, in particular, to be welcoming to people from different backgrounds and perspectives.

As an immigrant, who moved to North Carolina from Santiago, Chile, when she was 10, Winans sought that sense of belonging. She felt at home on campus, and she has continued to embrace diversity of perspectives and experiences throughout her career.

“Inclusion is at the forefront of how I’ve always led in business,” says Winans. “It is at the pinnacle of great teams. Great companies are built and grounded on great culture that really embraces diversity.”

After graduating from UNC Kenan-Flagler, Winans planned to open a gym. A fitness expert to this day, she had expected it to be a part of her career.

Winans is featured in an article in her early days with IBM.

But an opportunity arose at IBM. She took the chance fully expecting to work for a couple of years before launching her own fitness business. Instead, she built a nearly 30-year career at the world-famous, multinational technology corporation.

“I realized what an incredible company and platform that I was given and that there were a lot of smart people at IBM,” she says. “I felt as I got to know more of the company, the opportunities, 176 countries around the world, the heritage, the history – I knew that I had an opportunity to do something so special, especially coming from where I came. I was going to make the best of it. And I looked in, and I said, ‘Maria, you’ve got a canvas in front of you. What are you going to paint in this company?’”

Mural of a marketer in the making

And paint she did. During her long tenure at IBM, Winans was rewarded for her work ethic, which she says is an homage to her immigrant upbringing. Every two years, she was given a new challenge, such as building a team or opening new streams of business. Since her first language is Spanish, Winans had the opportunity to help open PC sales abroad, working in Latin America, Europe and Asia. Seeing the world at such a young age while growing her career was a privilege she does not take for granted.

At IBM, Winans had done it all, including sales, being at the forefront of the dot-com boom, and strategy channels. But when she arrived at marketing, she found her niche.

“Marketing brought the art that was always in me to the business,” says Winans. “And I started to say, ‘This is where my core is.’” 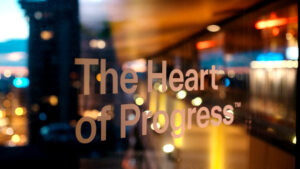 In 2021, IBM spun out its infrastructure services as the new business now known as Kyndryl.

When the Kyndryl CEO asked Winans to join as the CMO, she felt nostalgic and excitement all at once. Of course, she would be leaving IBM, which had provided so many opportunities for growth and had become comfortable and familiar like family. Yet, she was passionate about this new opportunity and what it could lead it. So Winans, who became employee number three at Kyndryl, took a leap and went for it.

“Now, I get to be CMO of this $19 billion public company, with over 90,000 employees, that we’re going to continue to grow and transform, and I think it’s history making,” says Winans. “We’re taking the best of our history and building a foundation centered around our people. Kyndryl doesn’t sell products, we sell the services of our people, so people must be at the core of everything we do. When we tell the story of Kyndryl years in the future, it’s going to be a story of transforming culture.” 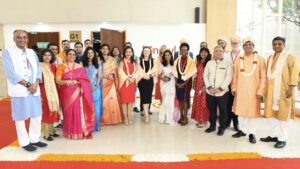 While she began her new role during the worst of the pandemic, in the last several months she celebrated gathering in person with Kyndryls around the world.

Winans often reflects on moving from Chile to the U.S. when she was a young girl, and what it means for her to be living this American dream. Like many immigrants, she stands in both worlds simultaneously.

“I am a Chilean, and I will always be a Chilean. I was born in Chile, those are my roots. That’s my heritage. That’s who I am,” she says. “But I’m also a very proud American because I love this country. I’ve been given incredible opportunities. To me, it’s not one or the other. It’s the Chilean and the American.”

In recognition of her heritage and outstanding work, she has been recognized often. She served as a co-chair of IBM’s Hispanic Excellence Council; won the ASPIRA Association’s Corporate Leadership Award; and LATINA Style named her among the top 10 corporate Latina executives of the year. 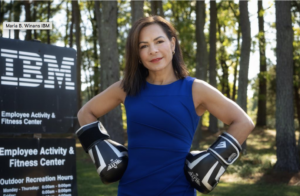 Life is full of choices, says Winans. Fittingly, she is both a fitness guru and a business executive. A certified instructor in kickboxing, TRX and Russian kettlebells, she taught fitness classes from her garage during the pandemic.

Family is a top priority of the mother of two. Her a son is in college and her daughter is a graduate of the University of South Carolina. (Yes, she picked a different Carolina!)

Winans spends lots of time with her parents, who are as active as ever in their 80s. Her dad was a professor in biochemistry at Duke, where her mom worked a pharmacist and her brother studied. But her sister joined her at UNC – the only university to which Winans applied.

Indeed, UNC and Kenan-Flagler hold a special place in Winans’ heart. She developed the mindset of a lifelong learner and continues to surround herself with people from whom she can learn. She recognizes that marketing has evolved and morphed into something else entirely from when she studied at UNC Kenan-Flagler, so always learning is a necessity for staying relevant.

She also is drawing upon those initial entrepreneurial instincts in her role at Kyndryl. She suggests making a plan but being all right if the plan falls apart and a new adventure arises.

“Is it uncomfortable? Is it scary?” she asks herself of this new role she is taking on. “Of course, it is. But that’s how you grow, right?”