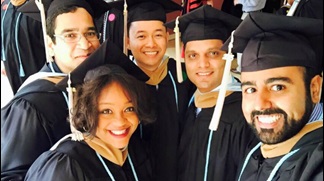 Sure, working with iconic entertainment brands like Barbie, Batman or Bilbo Baggins can be glamorous – but after 16-plus years as a Hollywood marketing executive, Melanie Bullock (MBA ’15) was starting to feel typecast.

“Even though I was working with billion-dollar brands, I felt a little bit stuck in entertainment,” she says. “Once people view you as an entertainment executive, you tend to become pigeonholed.”

And although she worked with superheroes, it didn’t mean she could change careers faster than a speeding bullet. Bullock decided she needed something new — an MBA — to help open doors.

Because she didn’t want to quit her job, she needed a program that would fit into her life. She looked at schools in Los Angeles, where she currently resides, and in her home state of North Carolina, where she found UNC Kenan-Flagler’s online MBA@UNC program. It was a perfect fit.

“I didn’t have to be tied to a city or to be sitting in a classroom,” says Bullock. As an online MBA student, she didn’t leave her office at 6 p.m. – she logged on for classes.

Executive by day, student at night

Maintaining dual roles as a high-powered Warner Bros. executive by day and a student at a top-tier business school by night had its challenges.

“The main thing at first was really the time commitment, especially that first quarter,” says Bullock. “Once I had that down, the program was easier. Not easy, but easier.”

She expected that much of the academic content in the MBA@UNC program would be familiar. After all, she had worked in corporate America for almost two decades. But she was pleasantly surprised.

“The program exceeded my expectations – in what I was learning through the lectures and case studies, as well as the interaction with and access to my professors, which extended beyond the classroom,” she says. 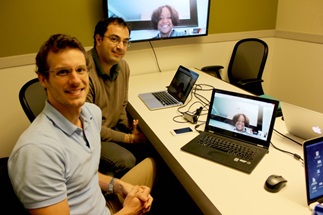 During her second year in the program, Bullock signed up for the School’s Global Business Project (GBP), a unique action-based learning course in which student teams serve as consultants and work to solve a real-world business challenge for an international client.

“From a team-building standpoint, it gave me more of foundation for working with people of different cultures,” says Bullock. “My entire team was made up of international students.”

The team worked together virtually and scheduled more than a week of time on the ground in Brazil to conduct market research. But just before the group flew to Rio de Janeiro, they found out they would lose a key leader during their stay. Their team captain – a Brazilian himself – had to attend mandatory training in Chicago for his summer internship.

Bullock then became the team’s co-captain, taking charge even though she didn’t speak Portuguese. Her maturity and strategic thinking skills shined as she took on the added responsibilities, says Pat Garner, professor of the practice of strategy and entrepreneurship and the team’s GBP advisor.

“Melanie was really resourceful at orchestrating the final presentation,” he says. “You need to have a point person who keeps the story line really consistent and on track and makes sure you progress through all of your findings.”

Bullock, Garner and their team met at night to pull the information together and stay on track. Despite the change in leadership so late in the game, everything worked out in the end. “The client was extremely pleased,” says Garner. 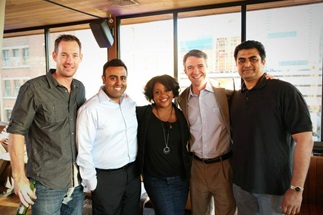 One of the best parts of the MBA@UNC program is the wealth of new relationships it fosters, says Bullock. She and other Los Angeles-based UNC Kenan-Flagler MBA alumni get together several times a year for dinner and drinks, and Bullock knows she’s always just a stone’s throw away from other Tar Heels. “I can go to any city and have friends,” says Bullock.

It just so happens that one of the most important connections she’s made through the Carolina network came about during an MBA@UNC immersion in Chapel Hill. As part of the program, Bullock and other online MBA students attend immersions on campus and in cities around the world.

One of the first people Bullock met during the Chapel Hill immersion was Charlotte-based entrepreneur André Walters (MBA ’15).

“We just met casually in talking about our experience,” says Bullock. “André and I just clicked.”

Fast-forward to 2015, when Bullock – who was completing the final phases of her MBA – left her job at Warner Bros, intending to take a few months off to plan her next steps and perhaps do a little consulting work.

Around that time, Walters was looking for someone to help market his newly launched social commerce site, Yuno. While browsing bios of UNC Kenan-Flagler MBA alumni, he stumbled upon Bullock.

“I got to a stage where I knew I needed a high-level marketing mind and strategic mind,” says Walters. “I was like, ‘Wait a minute, I wonder what Melanie might be doing and whether she might be interested in something like this.’”

As it turns out, she was. 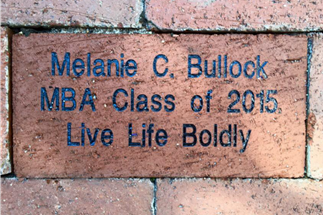 “I was looking for a change, and entrepreneurship has always interested me,” she says. “I think I’ve earned a chance to take a risk.”

Diving into the startup scene ensures that Bullock no longer needs to worry about being typecast in another Hollywood executive role. At Yuno, she’s taken on a starring role as chief marketing and strategy officer. With two Tar Heels at the helm, it’s sure to be a hit.

Of course, you can’t have a Hollywood story without a plot twist – and Bullock’s is a good one. Her GBP experience ignited her passion for consulting, leading her to take on yet another new role: leading lady of her own firm, Melanie Bullock Consulting.

It’s a role Bullock seems destined for – something she’ll be reminded of every time she visits Chapel Hill, where a brick commemorating her MBA@UNC graduation reads, “Live life boldly.”