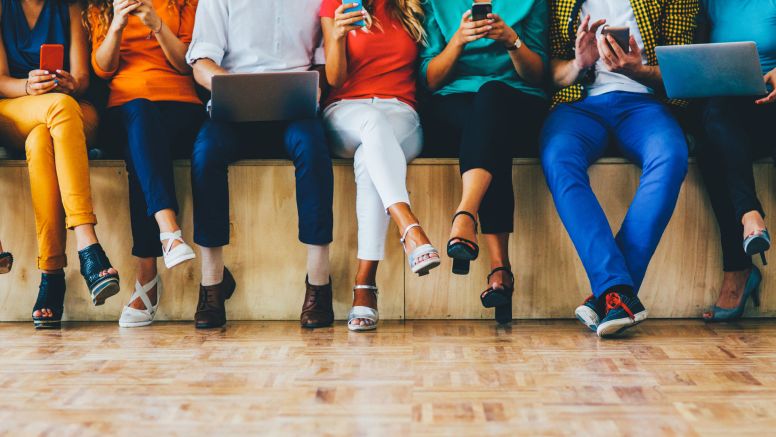 Consumers find tasty bits of information everywhere, from their televisions to their tablets.

Customers can’t buy a product or service if they don’t know it exists. The challenge for advertisers trying to reach prospects comes in knowing which of the many available media options potential customers use.

New research by marketing professor Sriram Venkataraman predicts what media the target customer might be consuming at any given time and proposes a forecasting model that helps companies decide how to allocate advertising dollars.

In the past decade or so, consumers have changed their media consumption habits from having dedicated times for specific media – radio for the morning commute, TV during evening primetime and newspapers on Sunday – to media “snacking,” serially consuming small, incomplete chunks of information. Venkataraman calls this behavior “media multiplexing.”

“Cell phones, smart phones, tablets, TVs and magazines – consumers are snacking on media, consuming a few minutes of one media then switching to another, throughout the day,” Venkataraman said. “That creates a monster problem for media buyers.”

In scoping out the problem, Venkataraman and his colleagues mined data from Universal McCann’s Media in Minds Diary 2006, which spans 50 countries, including the United States. They write about their findings in a forthcoming edition of Marketing Science in “Media Multiplexing Behavior: Implications for Targeting and Media Planning.”

They learned that U.S. subjects spent about 40 percent of their time consuming media; that 45 percent of Americans who own tablets use them daily while watching TV; and that consumers in their 20s switch media venues as much as 27 times per non-working hour.

Venkataraman’s results revealed several surprises, among them that the Web might not be edging out print media, at least not for all demographic segments. People who are most drawn to online media also consume more of other media, and online messaging is “stickier” when reinforced in print.

He plans to combine his media consumption research with work other researchers have done on identifying consumers drawn to specific products.

“Then if you tell me who your prospective customers are, and I can tell you what media they are consuming at any given time,” he said, “you can figure out how to optimally allocate your advertising dollars across multiple media channels.”