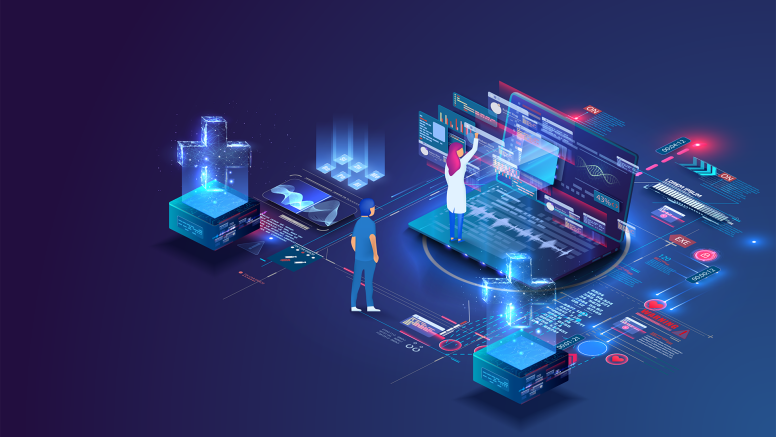 Innovation can be transformative in business, but it’s also unpredictable. What the next new idea will be, where it will come from and how valuable it could be can’t be forecasted with any certainty.

But what is predictable are the beliefs some business leaders might hold about innovation.

One belief might be that innovators must be given the freedom to explore without corporate managers breathing down their neck and inhibiting their creativity. Other leaders, however, might worry that left to their own devices, innovators will waste time and produce fewer commercially valuable ideas.

They explore the tradeoffs companies make when locating research and development (R&D) facilities and how senior manager oversight affects innovators. Their research also could have implications for how companies think about issues such as work-from-home arrangements in the wake of the COVID-19 pandemic.

The researchers analyzed data about patents granted and the value of patents and matched that to specific inventors. They also looked where those inventors lived in relation to the corporate headquarters of their employers.

That information allowed them to look at how many patents were granted and the value of those patents, and how distance from headquarters correlated – or didn’t – with those factors.

The result: Inventors who were closer to corporate headquarters, based on travel time, produced more patents than those who were farther away.

Reduced flight times also correlated with patents that generated about 2.9% more citations than average and were worth about 1.2% more than average.

The researchers also measured creativity in the patents. They measured the number of times a new word was introduced into the database of all patents, as prior research indicates that novel words in a patent filing mean the patent is more creative. Here, again, being closer to a corporate headquarters meant more novel words, suggesting proximity to senior managers at headquarters made inventors more creative.

Why forgo the benefits of proximity?

Many companies choose to locate R&D facilities quite a distance away from their headquarters, including in other states. The researchers wondered why firms would do that, if locating them near headquarters made inventors more productive.

First, some locations farther away from a company’s head offices could be more attractive to the innovators that firm wants to hire and retain. Lower personal tax burdens and a stronger local economy could make areas farther from headquarters more attractive. Sure enough, the data on R&D facility location seems to back that up.

Likewise, areas that have higher R&D tax credits might be more attractive to companies considering where to locate a new research facility.

Finally, companies are likely to consider the positive and negative effects of R&D employees living and working in areas where competitors operate. Being close to companies in the same industry has both positive and negative effects. On the positive side, it could create more opportunities to recruit valuable employees from those competitors. It could also provide more opportunities for employees to learn more about competitor innovations through informal, personal contacts.

But those opportunities are also dangers for corporations. Their valuable engineers, scientists and product developers could be poached by other firms, and sensitive information is more likely to leak to competitors.

On balance, the researchers note the risk of being closer to competitors seems to outweigh the advantages, according to the data they analyzed.

The data analysis done by Labro and the Glaesers show that – at least when it comes to patent activity and the value of those patents – being closer to corporate headquarters is more productive.

But clearly, companies and the employees doing innovation work have other considerations on their minds besides just patents. Competitive concerns, tax considerations and a location’s economic vibrancy all influence where businesses locate their R&D facilities.

Their findings are suggestive for managers grappling with the COVID-driven work-from-home trend. Though they do not address those issues specifically, Labro says, it suggests that management oversight of employees makes them more, not less, creative and therefore that work from home might not be optimal for all employees and all companies.