The opportunity to specialize in tax or audit is a key distinction of the UNC Kenan-Flagler MAC program. Unlike other programs, your course schedule reflects the role you apply for in public accounting, and the choice comes very early in your academic career. In this two part post, two current MAC students: Nicole Gardner (tax track) and Connor Ritchey (audit track) debate the decision process. 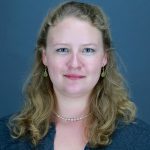 I chose to pursue tax because I’m a person that likes rules and laws. The source of taxation is in the tax code. Reading laws and figuring out the spirit and compliance of each law is something I find incredibly interesting. Tax feels very logical to me. If you have a transaction, there are often mechanical rules – very similar to computer programming – that determine the consequences. If you’ve done any computer programming, have taken logic-based courses or have a math background like I do, this quality feels very natural.

Tax doesn’t have the independence concerns of audit, so you can really build a relationship with your clients. Also, tax planning is more long term than audit. The audit planning stages are just for engagement.

I don’t have any particular grudges against audit, so it is a huge plus that as a tax accountant you don’t have to miss out on auditing. During the interview process, I met several professionals who spend the majority of their time helping auditors with valuing tax-related accounts.

And there are the benefits of being a tax accountant that everyone WILL tell you about. Tax accountants spend more time in the office building interpersonal relationships with coworkers. You still get to travel, but not as frequently. The workplace is becoming more digital, so as a tax accountant based in Raleigh I will have the opportunity to work on clients all over the Southeast region. The seasons are also different. Depending on the size of the firm, the busy season for tax professionals ramps up around the standard deadlines (April) and extensions (October).

Choosing tax or audit is a personal choice dependent on what you want out of your career, the way you think through problems and what aspects of accounting you value most. To determine the best fit for you, ask as many questions as possible when you have access to professionals. 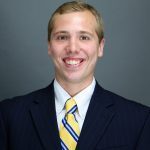 I had the privilege of consulting a CPA (and former Big 4 employee) prior to and throughout the recruiting process. Since I was interested in both audit and tax prior to beginning the UNC Kenan-Flagler MAC Program, his advice played a critical role in me selecting the audit concentration. My mentor provided me with three reasons why I should pursue audit: the career opportunities outside of public accounting, the ability to work in teams and the work associated with an audit.

Auditing at a public accounting firm provides opportunities to move into corporate accounting roles or to transition to an advisory service line within public accounting. Both of these options interest me, but my mentor made it very clear that it would be difficult to transition to either one of these roles if I started in tax. Tax is highly specialized, so those professionals tend to stay in that part of the industry. While it is not impossible for someone to move from a tax role to an audit or advisory role, it is uncommon.

I have always enjoyed working in teams at work, in school and at play. Accomplishing a specific goal with a team provides me with a greater sense of fulfillment than if I had done the same thing by myself. I enjoy the camaraderie associated with working through problems as a group, and it is also beneficial to be able to pool resources in order to work as efficiently as possible. While tax professionals do work in groups, auditors do so on a much more regular basis. As an auditor, you are constantly working with your audit team. An audit truly is a team effort, so it is essential that you are able to work effectively with others.

I find the actual work that goes into an audit very interesting. Prior to starting the MAC Program, a friend of mine described auditors as being “kind of like spies.” This comparison initially struck me as odd but now makes a lot of sense. Auditors dig through a company’s financial statements in order to make sure that the numbers are accurate. This is an investigative process which requires tremendous attention to detail, but one that is also very rewarding.

>>> Learn more about the Master of Accounting Program