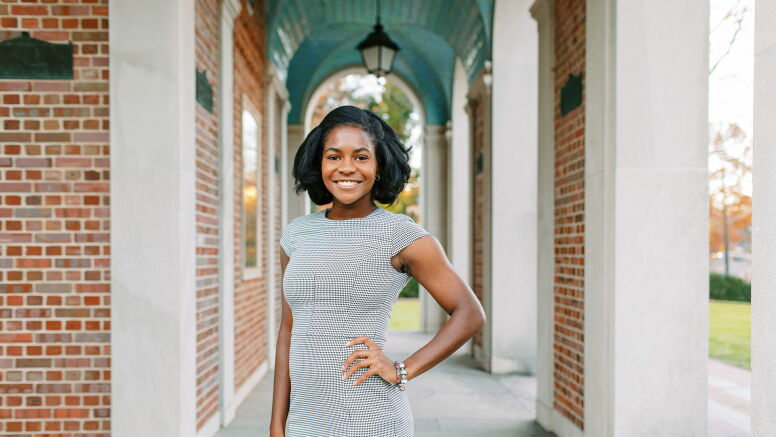 Brianna Pinto (BSBA ’22) was just 18 when she took a deep breath and gave a speech at the 68th FIFA Congress in Moscow in 2018. A star player, Pinto was representing the U.S. as part of North America’s joint bid to host the 2026 men’s World Cup. 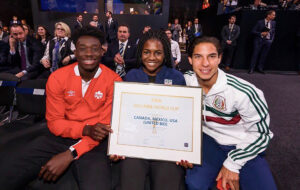 Pinto gave a speech about the importance of soccer to her personally but also to the world. Written with former President Barack Obama’s speechwriter, she wanted to convey why the U.S. and its neighbors are the ideal fit for hosting the men’s World Cup.

Pinto and her colleagues were convincing: Shortly after their presentation, North America won the bid.

As a woman representing U.S. soccer and promoting the men’s team, the experience was empowering. This kind of dedication led her to UNC Kenan-Flagler. Her leadership on the field and desire to “collaborate, brainstorm and work to get things done” was a good fit for business.

“I thought my experience in soccer meant I’d be good at business,” she says.

Pinto’s relationship with UNC began long ago. Both her parents are Tar Heels. Pinto’s mom played softball and her coach is still on campus. Her father played soccer for Carolina and has had a huge role in her journey.

As a kid, Pinto would wear only Carolina blue coats. “I joke with my brothers that our parents brainwashed us,” she says.

So, attending UNC for college was always Pinto’s first choice.

“I felt I’d get the best of both worlds – athletics and academics,” she says. “Right now, I’m living the dream.”

One of the highlights of her college career was her first chance to play soccer as a Tar Heel. She scored a goal off a free kick that she shot into the back post. It was the 1,000th win for Coach Anson Dorrance – the same coach who recruited her father.

“I was finally a Tar Heel, and I had an impact in my first game,” says Pinto, a midfielder who was named the 2019 U.S. Soccer Young Female Player of the Year. 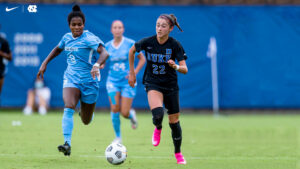 Playing in front of big crowds is a major motivator as is the desire to win it all. The women’s soccer team did not lose an ACC regular season game in 2019, but came up short in the national championship game.

“We have been to three ACC Championships and two National Championships in two-and-a-half seasons,” says Pinto. “A lot of teams do not get as far as we do. We played the maximum number of games in our regular season and post-season games every season I have been at Carolina” says Pinto.

She is now chasing her next dream: On Jan. 12, 2021, she announced she would enter the National Women’s Soccer League (NWSL) draft. She was the No. 3 pick, selected by Sky Blue FC in Harrison, New Jersey.

“It has been a dream come true to become a professional soccer player,” says Pinto. “My dad is from tri-state area, so to be in that soccer community and embraced by that culture, I am beyond excited to be part of it.”

Forever a Tar Heel, Pinto will continue to play for UNC during spring 2021. Due to a NCAA waiver, collegiate players are permitted to finish their spring season and report to their NWSL Draft teams at the conclusion of the season.  Pinto is pursuing this option in hopes of winning a National Championship with UNC this spring.

Thanks to the flexibility of online courses, Pinto plans to complete some courses through the summer and fall to remain on track to graduate in May 2022.

When it comes to remote learning, Pinto is a veteran. She had taken online classes since high school because she traveled so much for her sport.

In fact, Pinto has represented every level of youth national soccer by playing in the under-17 and under-20 World Cups in Jordan and France.

In addition to going pro, she aims to get on the Olympic team and play for the U.S. women’s national team. 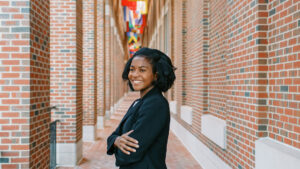 Her experience at the Business School has boosted her confidence.

“UNC Kenan-Flagler teaches people how to be well-rounded,” says Pinto. “They inspire us to set goals. I love how they challenge us.”

In her studies she’s focused on marketing. Outside class she is a member of the Minority Business Student Alliance and the Undergraduate Real Estate Club.

Her success as a student-athlete is evident. She is All-ACC Academic honoree and was named a Tar Heel Scholar-Athlete in June 2020 for earning a 3.2 GPA or better during both semesters.

Pinto has more big plans for her life: In addition to going pro, she aims to get on the Olympic team and play for the U.S. women’s national team. She also wants to earn her real estate license. When her soccer career is over, she would like to run FIFA or govern in some way. 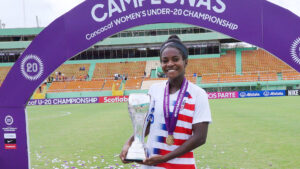 In the meantime, Pinto and four running mates won seats on the U.S. Soccer Athlete Council in 2020. The players campaigned as Next Gen United on the platform that soccer should be for everyone. They want to dismantle barriers that have historically prevented women, minorities, low-income kids, people with disabilities and immigrants from playing the world’s game as part of U.S. Soccer.

They also are calling for U.S. Soccer to better connect the different organizations under its umbrella and provide mental health support to participating athletes.

“Brianna came into class already demonstrating strong presentation skills. However, I observed how she pushed herself to be an even better writer and presenter because winning would mean campaigning heavily this fall,” says Cannon. “To win this seat, she engaged in podcasts and interviews and wrote articles. And, of course, while campaigning, she was also a dedicated player and student who was excelling in her soccer skills and in the classroom.”

“Brianna is all things awesome,” says Jackie Fritsch, assistant director of admissions and scholarships for the Undergraduate Business Program. “In addition to being a world-class athlete, she is an effective advocate for women and minorities. She is a leader on and off the field, here at UNC, throughout the U.S. and across the globe.”

Cannon agrees. “As we work to better educate ourselves about diversity, equity and inclusion at UNC Kenan-Flagler, Brianna is already showing national leadership in this arena,” she says. “Creating a more inclusive school results in our supporting students like Brianna as they shoot for big dreams and as they go out to make a difference in DEI beyond UNC Kenan-Flagler.”

Indeed, Pinto has also been outspoken about her experience as a Black woman athlete. 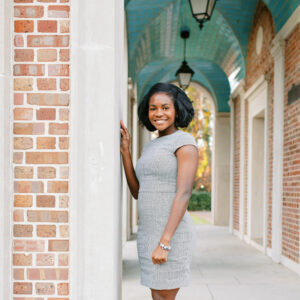 “My parents instilled values in me that you have a purpose in this world. Every day it is your responsibility to carry out what you’re in this world to do,” says Pinto as part of a conversation for “Tar Heel Talk Episode 1: Being Black.” “So, in the face of adversity I just put my head down and do what I need to do. At the end of the day, what others say or do to me isn’t going to impact me in the long run because I believe there is a plan for me.”

Part of her plan includes her close-knit family in Durham, North Carolina. She spends time with her parents, older brother Hassan, who played for Duke as a grad student and is now on the professional team Loudoun United FC, and younger brother Malik, a freshman soccer player at Princeton who is training at FC Cincinnati.

Soccer has allowed them to travel the world, including stops in Israel, Jordan, France and the Dominican Republic. They have been to 22 countries.

This is only the beginning of Pinto’s journey. But wherever she goes, she will bring the lessons of UNC Kenan-Flagler with her.

“I’m so appreciative of the UNC Kenan-Flagler staff and faculty,” says Pinto. “They’ve empowered me to do more every day and invest in those around me. Everyone at UNC Kenan-Flagler invests in the success of others.”