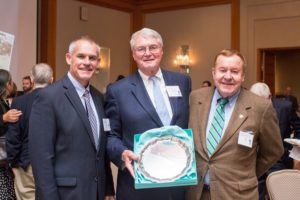 Our Triangle and Atlanta alumni chapters built on this tradition by creating similar awards to recognize UNC Kenan-Flagler alumni who have made a significant impact in their communities.

Our 2016 Legacy Award recipients were honored at UNC Kenan-Flagler alumni receptions in the Triangle, Atlanta and Charlotte.

The Kenan Family Legacy Award is named in honor of the contributions of the Kenan family, whose generosity and support over the years has made such a difference throughout the UNC campus and the entire Triangle region. It recognizes Business School alumni who emulate the Kenans’ dedication to improving these communities. 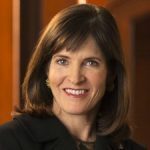 Hope Holding Bryant (MBA ’90) is the second recipient of the award, which will be presented at the 2016 Triangle Alumni Reception. Her contributions include serving as:

The R. Charles Loudermilk Sr. Legacy Award is named in honor of Loudermilk (BSBA ’50), founder of lease-to-own retailer Aaron’s Inc. Loudermilk has been instrumental in much of the progressive business development in Atlanta. His impact extends to the Carolina community, where his generous support established the Loudermilk Center for Excellence – a 150,000 square-foot facility that serves UNC’s nearly 800 student athletes. 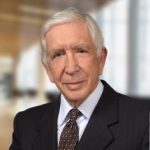 Charles S. Ackerman (BSBA ’55), chairman of Ackerman & Co., is the second recipient of the award, which will be presented at the 2016 Atlanta Alumni Reception. His contributions include: 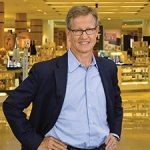 The 10th annual award was presented to Thomas M. Belk Jr. (MBA ’81) at the 2016 Charlotte Alumni Reception. His contributions include serving: