Skip to content Skip to Programs Navigation
Learning from leaders 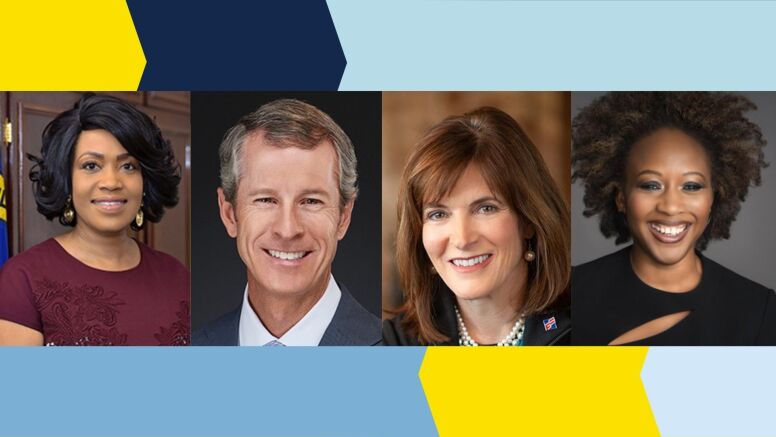 Hosted by Dean Doug Shackelford and the Frank H. Kenan Institute of Private Enterprise, the series brings world-class leaders to speak at UNC Kenan-Flagler. Experts share the highlights, challenges and turning points of their career paths and perspectives on a broad range of timely issues.

Andrew Rose, CEO and President of Worthington Industries, on Feb. 16

In 2014, he was promoted to executive vice president and CFO, which enabled him to serve an instrumental role in advancing the company’s financial and capital allocation strategies before being named president of Worthington Industries in 2018 and CEO in 2020.

Rose previously served as a senior investment professional at MCG Capital Corporation. He also served as partner, co-founder and member of the investment committee at Peachtree Equity Partners, a private equity fund backed by Goldman Sachs.

She joined the bank in 1985, worked in several areas and served as president of the former IronStone Bank subsidiary before being named vice chairman in 2011.

Prior to this role, she served as global CMO and senior vice president for MAC Cosmetics, a multi-billion dollar cultural icon and the world’s top makeup brand.

Ojo previously served as CMO for consumer beauty at Coty and held brand and general management roles at Unilever, Reckitt Benckiser PLC and General Mills Corporation. She has earned more than 50 awards and honors during the course of her career for driving outstanding, market-leading results and developing creative campaigns that motivate consumers to act.

Learn more about the Dean’s Speaker Series and register here.