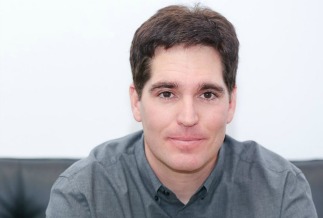 As his innovations at Hulu upset the status quo and defined the entertainment industry, Walsh and the rest of the Carolina Class of 2015 had a front seat view of the new digital world taking shape.

“It’s been really cool to see this big boom in creativity,” said Walsh, a senior graphic design student in the School of Journalism and Mass Communications. “It’s really developed into something else. It’s interesting just to see how it developed over time.”

When Kilar — co-founder and CEO of Vessel who was previously the founding CEO of Hulu — takes the stage for his commencement speech at graduation May 10, he will be addressing one of the first generations of University of North Carolina at Chapel Hill students who have grown up in a world shaped by his ingenuity.

Commencement, presided over by Chancellor Carol L. Folt, will begin at 9 a.m. at Kenan Stadium.

“Jason’s innovations have had a significant impact on the way people experience media and entertainment, and his continued accomplishments are an inspiration to all at Carolina who strive to use their talents to do better and do more,” Folt said when Kilar was announced as the Commencement speaker.

A UNC-Chapel Hill graduate in 1993 with degrees from both the School of Journalism and Kenan-Flagler Business School, Kilar has been continuously reshaping the digital media and entertainment world.

“I think he’s a good role model, a person to look to who has succeeded doing very well in his field,” said Kristen Chung, a business and journalism student. “I think it will be interesting to see what lessons he has to share.”

Kilar’s career began with an internship at The Walt Disney Company. Then in 1997, while he was in his final year of studying for his MBA at Harvard, he was recruited to join Amazon.com. During his tenure there, Kilar was instrumental in introducing a new way of business that focused on the user experience and helped Amazon transform from largely a book retailer to a virtual warehouse that allows consumers to purchase almost anything from seemingly any retailer.

In 2007, Kilar signed on as the founding CEO of the groundbreaking online video service Hulu. Under Kilar’s leadership, the company quickly grew to become one of the world’s most popular destinations for streaming television and movies.

There, he became a pioneer of on-demand entertainment, said Arv Malhotra, a professor of strategy and entrepreneurship and Sarah Graham Kenan Distinguished Scholar at UNC Kenan-Flagler. Instead of watching shows on television, people could watch any show from nearly anywhere.

“We don’t want to be inconvenienced to get the information that we want,” Chung said. “I definitely don’t watch TV on traditional TV anymore. Having platforms like Hulu make it a lot easier to watch whatever you want whenever you want.”

Kilar left Hulu in 2013. Earlier this year, he unveiled his latest venture: Vessel, a next-generation mobile video service that, once again, has the potential to change the way consumers discover and consume video. Vessel will cater to the creators of short-form video by providing a place where their most passionate fans can go to watch their favorites first.

“In a world where all this digital revolution is going on, he has been a voyager in the digital world,” said John Sweeney, Distinguished Professor in Sports Communication at Carolina’s Journalism School. “He has shown the ability comprehend the technology and turn it with creativity.”

Having grown up using Kilar’s creations, Walsh said she hopes her generation will embrace his foundation by continuing to create and reshape the digital world.

“It gets me excited for what innovation will continue to be,” she said.