It’s okay to move down (yes, down) the value chain 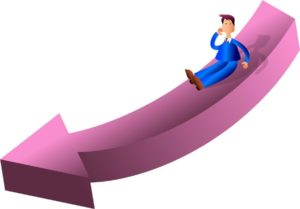 Leaders of many companies — in industries ranging from contract manufacturing and software services to consulting and health care — tell us the same thing: “We want to move up the value chain.”

This seems to make a great deal of sense: Moving to higher- and higher-value work (from the customer’s perspective) makes it possible to command a higher margin. Moreover, customers often see this higher-value work as more “strategic,” which allows its provider to move from being a commodity supplier to a trusted advisor.

But managers should think twice before making this leap: Instead of accepting the conventional wisdom, they should seriously consider following those companies that are taking a different path and moving down the value chain. Why do so? Because it can

Let’s look at each of these reasons.

As organizations gain increasing insight into their own operating models and supply chains they are coming to appreciate the true cost of supposedly “low-value” suppliers. One such customer is Morning Star, a world leader in the production of industrial tomato paste. Traditionally, it trucked tomatoes to its processing facilities in California and then converted them into tomato paste. It had focused on operational improvements inside the proverbial four walls of its factory – things like more efficiently heating and cooling the tomatoes and developing novel ways to pack the paste for shipment to customers.

However, as the marginal returns to these improvements decreased, Morning Star’s leaders realized that the bottlenecks in the system were occurring, at least in part, from “low value” suppliers: the tomato growers. They weren’t planting or harvesting their crops properly, which resulted in foreign materials in the tomatoes delivered to Morning Star, slowing down its factory. In other cases, farmers didn’t plant tomatoes when they should have; as a result, supplies weren’t ready when the factory needed them.

Morning Star’s response: move into planting and harvesting. Farmers were still responsible for growing the tomatoes. But by taking over the steps at the beginning and end of that process, the company gained valuable control. Similarly, Nucor, the mini mill steelmaker, decided to acquire David J. Joseph, a scrap-metal recycler, in order to secure supplies for its operations.

In addition to improved efficiencies, moving down the value chain can open up new ways to grow. For Morning Star, an additional benefit of moving into planting and harvesting was the ability to offer its customers a greater variety of end products (by planting particular tomato varietals that yielded different flavors and tomato-paste consistencies) and ensure that they would be ready when customers wanted them.

Other examples are Indian IT companies such as TCS, Cognizant, Infosys and Wipro. Traditionally, they have sought to move up the value chain by offering clients more-sophisticated, higher-margin services. They might support an insurance provider by providing technical support for the mainframe that ran its claims process and then, over time, look to add enhancements to the system or consult on the process.

However, moving down the value chain — taking on claims processing and call centers to answer customer questions — made it possible for a customer to outsource the entire claims process. Owning that entire process meant that the outsourcer not only sold more business to the customer, but also could provide it with greater value by identifying challenges in processing and then incorporating the need to address those issues into the technology roadmap.

Moving down the value chain can lead to the invention of entirely new operations. Fashion apparel is an excellent example. By the late 20th century, most retailers designed the clothes that they sold and outsourced their manufacture to others’ factories in low-cost parts of the world. This often meant lead times of more than nine months. Consequently, retailers were practically ordering the next season’s clothes while selling the current ones.

Zara, a retail chain that now has stores in 88 countries and belongs to Inditex, had a different idea. Moving into manufacturing allowed it to go from idea to clothes on the rack in weeks. Instead of having to guess the next season’s fashion trends, Zara could study what was hot and then make it, thus offering many collections each year rather than just one.

Defense against attacks from below

Where do new competitors come from? Often, they are the very firms that have honed their capabilities by operating in low-end markets or by performing outsourced work. As they learn the skills, they can move up the value chain themselves, biting the hand that fed them. Industries where this has occurred include personal computers, bicycles, software services and musical instruments.

To prevent this from happening, you might want to retain, rather than outsource, capabilities and refrain from training suppliers that could turn into future competitors. This will make the option of investing in upstream operations far less attractive to them.

Many companies now have supply networks that are so layered, dynamic and complex that even they don’t know who many of its members are. This makes it extremely difficult to ensure that steel in cars didn’t originate from appalling shipbreaking operations in Chittagong, Bangladesh, working conditions in Asian suppliers’ plants are safe, the Latin American farmers who supply an agricultural commodity such as coffee are paid fairly, and the contract manufacturers’ factories in China aren’t major polluters.

While we don’t suggest that companies bring such operations in-house, they can bring them closer. For example, Pactics, a Cambodia-based supplier of microfiber, guarantees customers that its offerings are produced ethically. It does this by either producing the item itself or delving into the details of sub-suppliers’ operations.

Starbucks has taken a similar approach with its Coffee and Farmer Equity (CAFE) standards, which provide guidelines for suppliers and provide third-party oversight that the standards are followed. Such strategies protect a company’s brand and reputation.

Moving down the value chain may seem like a crazy idea. But it might actually be the smartest way you can deliver more value to customers, expand your business and protect it from attacks.

By Brad Staats, operations professor, and Francesca Gino of Harvard Business School.  This post originally appeared on HBR.org and has been posted with permission. View the original post here.