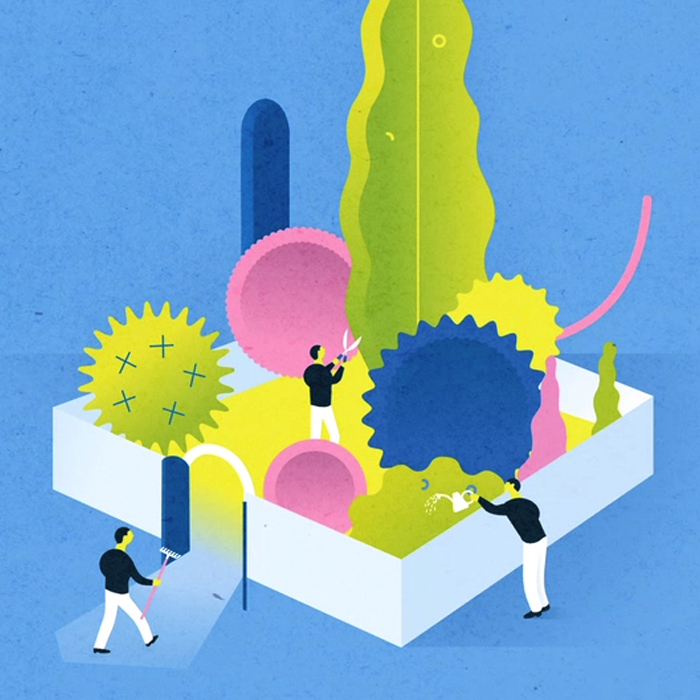 Foreign investments in emerging markets make them emerge even faster.

If an emerging market lowers its impediments to outside investors, investment in its economy should increase accordingly. But UNC Kenan-Flagler finance professor Christian Lundblad and his colleagues discovered that the emerging country’s economy grew even more rapidly than would be expected from the amount of foreign investment.

“Something else is going on, something almost magical, beyond the natural first-order effect” said Lundblad. “That ‘something else’ is what productivity is all about.”

The impact of market openness on total-factor productivity growth mattered more than its effect on capital growth in an emerging country, Lundblad found in research conducted with Columbia University’s Geert Bekaert and Duke University’s Campbell Harvey. They published their paper “Financial Openness and Productivity” in World Development.

When a country makes regulatory decisions to open up to foreign investments, outsiders find it easier to invest in that country’s equity and bond markets and multinationals can more readily do large, long-term foreign-direct investments. That outside investment does more than pump in the means to improve physical capital – expand a factory, build more and better production machinery, add comprehensive computer systems. It seems to motivate businesses to want to be better.

“Something about the presence of foreigners creates a more efficient system, a better use of resources, an increase in productivity,” Lundblad said. “That’s what’s driving a lot of the overall economic growth we’re seeing. And that appears to be permanent.”

The permanence of those improvements has changed the investment playing field. Financial openness is associated with future improvements in financial development, institutional quality and macro-economic policies, an insight particularly germane to policy makers considering regulatory reforms.

“As the financial globalization story has played out, the economies into which we are all investing are becoming more efficient,” Lundblad said. “It’s no longer a story about low-cost labor and other low-hanging fruit we can invest in and take advantage of. Going forward, we’ll have to think differently about return on investment because these economies are becoming more advanced and competitive.”

Lundblad and his colleagues used a large collection of macroeconomic data in a regression context to explore the degree to which overall economic growth is affected by opening to foreigners. They measured the extent of regulatory change and documented the amount by which investments increased as a result. They then calculated the wedge between the level of economic growth that would be implied by this investment and the overall level of economic growth observed and linked the growth to measures of productivity. From that point, they dug a little deeper to come up with explanations for the higher-than-expected growth that they observed.

Emerging markets often pose special risks for foreign investors, who might be uneasy about a country’s unfamiliar policies or unusual regulatory environment. Outside investors could be leery that they won’t be able to make the profits they expect or be unable to bring their financial returns back home. Remaining attractive to foreign investors puts pressure on the emerging country to reduce its institutional and political risks. Opening the market to foreign investors creates a positive feedback loop that spirals upward. The increase in foreign investors fosters improvements in the institutional environment, which reduces the anxiety that prevents multinationals from investing, and their presence encourages even more stabilizing changes.

“Opening your country to foreign investors does nothing if the institutional environment is so poor investors can’t make profits or bring them back home,” Lundblad said. “The prospect of outside investors provides incentive to improve the legal environment and strengthen protections in contracts, for instance.”

Welcoming outside investors entwines a country more with the rest of the world. Being on the global stage makes it harder for governments to mistreat foreign investors. But financial liberalization has its downside, too. While there is no evidence that such interconnectedness would make an emerging economy more prone to domestic crises, emerging countries have felt the global financial meltdown of recent years.

“Those emerging economies were along for the ride in a way they would not have been before,” Lundblad said. “The good outweighs the tradeoffs, but there are always tradeoffs.”

Building on this line of research, Lundblad already has begun to create a new method of measuring political risk, an institutional weakness that gets in the way of success even after a country might have opened up to foreign investors. Being able to quantify political risk would better inform investment decisions. That goes right back to the MBA classroom, Lundblad said.

“We could use that information to help improve capital expenditure decision for firms by having a better sense of what that institutional or political risk looks like,” he said. “As we make better investment decisions related to political risk, this collectively places additional pressure on governments to improve their investment climate. From there, we can hope to observe further efficiency improvements described in my research.”

Because despite the impression some investors harbor that financial globalization has brought some chaos, emerging countries are opening and changing, and many won’t change back.

“There’s a tremendous amount of good that comes with financial globalization,” Lundblad said. “We can’t lose sight of that.”