How top social innovation leaders found their purpose and passion 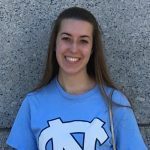 Thanks to Net Impact, I attended the 2016 Social Innovation Summit in Washington, D.C., to learn how companies practice business through a social lens.

Much of the Summit consisted of hearing from guest lecturers, who each had about 15 minutes to share their story and lessons learned. Among the companies represented were Microsoft, NASA, Discovery, Axosoft, Hasbro, Blackstone Charitable Foundation, ESPN, KIND Snacks and JetBlue. One lesson stood out to me the most – perhaps because it came up so often among such a diverse group of leaders.

Whether we were hearing from an astronaut, NBA player, doctor or chef, finding your purpose emerged as an important theme throughout each leader’s career.

NASA astronaut Leland Melvin began his speech by quoting Mark Twain: “The two most important days in your life are the day you were born and the day you find out why.”

Melvin went on to share his story of how an injury ended his career as a professional athlete, but led him back to his first love: chemistry. As a child, he received a chemistry kit as a gift– and subsequently caused an explosion in his living room. As the carpet burned, sparks flew – literally. The experience ignited his passion for science. After his football career ended, he  worked in NASA’s testing center, where a friend encouraged him to apply to be an astronaut.

While undergoing NASA training in a 6 million gallon pool, Melvin temporarily lost his hearing,  medically disqualifying him for the space mission. During his recovery, he began working with students across the U.S., sparking their passions for STEAM (science, technology, engineering, arts and mathematics).

Since making a full recovery, Melvin has flown in space twice. Orbiting the earth gives  an amazing outside perspective, he says. You do not see war or poverty. Instead, you see sunsets every 90 minutes and take in the beauty of our shared planet. This humbling experience showed him the importance of protecting our incredible earth. He now lives out his purpose as a motivational speaker, encouraging others to follow their passions in pursuit of protecting our planet. 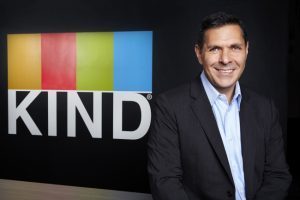 Lubetzky was born in Mexico, where he and his family experienced acts of hatred and discrimination. His  father was a Holocaust survivor and his mother was a Mexican Jew. After one experience, he had a pivotal conversation with his father, who shared a story from his childhood. As he stood in line in the concentration camp – malnourished with sunken cheeks, his humanity dismissed by most – a guard saw past his appearance and rolled him a potato when no one was watching. This small act of kindness gave his father the hope to keep going, says Lubetzky.

That story became a fundamental part of his world view. Throughout his life and entrepreneurial ventures, he has used business as a platform for spreading kindness, illuminating humanity and encouraging coexistence.

Lubetzky found his purpose in his values – which, to me, seems like a great place to start, especially as a student preparing for life after college. In our ever-changing world, our source of stability comes from within ourselves. Our sense of purpose comes from our values and we can pursue or create the opportunities that best reflect them.