How to influence others and sell your ideas 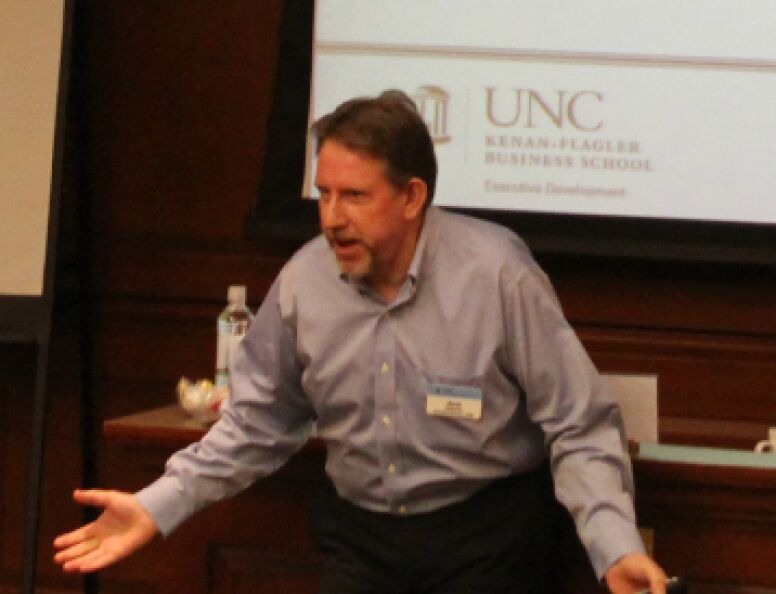 UNC Kenan-Flagler professor Dave Roberts shares insights on how to identify influence in the workplace and push forward new ideas with those who matter.

Find the real influencers in your company to successfully sell your ideas. If you have a great idea but you can’t persuade and influence the right people about its merits, your idea is very likely to languish.

Knowing how to sell your ideas can help you persuade others at your company to implement initiatives that you create, or better guarantee a successful outcome with an external customer. You can take several concrete steps to improve your skills of persuasion and communicate in a way that drives the action you want:

The first step to selling your idea is to understand whom you have to influence to be effective. This is regularly not done well because people often fail to recognize the difference between formal and informal power in an organization. To effectively influence, you need to find who has informal power: i.e. those who are always able to get things done inside an organization, often irrespective of their title or where they fall within the organizational chart.

A good time to identify those who have informal power is during a time of organizational change. Follow the money, follow the programs and follow the allocation of good people when change occurs. Now, with the dip in the economy, changes likely will occur more often, making it easier to pinpoint the influencers.

Ask yourself these questions:

One of the most common misperceptions among organizational workers is the concept of peers within their company. There is actually no such thing as a true peer. If an organizational chart shows four or five people at the same formal level (the traditional notion of a “peer”), there is always somebody who is more influential than others.

Know what makes the influencer tick

After you identify the person to target to sell your idea, start planning for the meeting as if it were an external sales call where you are promoting a product or a service. Before you meet with the person, identify what drives them, and what is important to them from both a personal and a functional perspective:

Interestingly, the best predictor of a successful outcome in selling an idea is that you – as the seller – are optimistic about the outcome. Learning all you can about your target will fuel that optimism.

Carefully plan the beginning of the meeting. The first 60 to 90 seconds of the interaction are crucial to the success of the meeting. Very few people can open a meeting naturally well without preparation. The last thing that you want is a weak introduction of the meeting to set the tone for the conversation.

During the meeting, keep in mind that the best way to persuade someone is not to tell them, but to ask them insightful questions. Through questioning, you get the person you are trying to influence to develop answers that will support your idea. Most people believe their own conclusions. A good way to achieve a successful outcome to an influence meeting is to prepare three or four very deep, insightful questions that get the other person to tell themselves the messages you are trying to convey.

Even after identifying those with informal power in an organization, exhaustively preparing for your dialogue and executing a successful meeting, you still might struggle to close the sale. Keep in mind that the problem might rest with the person you are influencing and not you. Style matters. One of the possible barriers is the other person’s personality style. There will always be times when the combination of your and their styles hampers you from easily influencing them.

You can’t change yourself, but you can change your behavior in response to the clues and cues the other person gives you about their personality style. Understand what type of person they are, what behaviors they need from you, and move toward meeting them halfway.