How sweet it is: Hershey’s Kristen Riggs 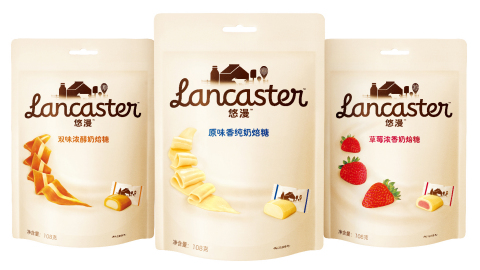 While the word “caramel” conjures up images of a chewy sweet treat in American minds, in China there is no translation for “caramel.” So the marketing team launching Hershey’s Lancaster caramels, the iconic company’s first new brand in 30 years, created a new word to describe the product. Hershey’s trademarked its own Mandarin word for caramel: Nai Bei (pronounced Nie Bay), which combines the Mandarin characters for “milk” and “slow-cooked.”

“Part of the reason caramel never took off in China is because there was no translation for the word,” says Kristen Riggs, who led the marketing team. “New Hershey’s has trademarked Nai Bei in China.”

Riggs shared this and other insights during a case study with a group of business students last week at the Emerging Markets Conference: Innovation to Sustain Growth. A 2005 graduate of UNC’s Kenan-Flagler Business School now living in Bentonville, Ark., Riggs said she welcomed the opportunity to give back by sharing her experiences as a global brand director for Hershey’s.

Riggs walked students through the process of creating the brand, from the selection of the name Lancaster (in tribute to the Pennsylvania town and the first company Milton Hershey ever owned) through product development to television ads designed for two very different markets. Even the packaging of individual candies was different — twist-wrap ends for America, squared-off ends in China.

If history repeats itself, caramel should succeed. After all, Milton Hershey sold his original Lancaster Caramel Co. in 1900 for the sum of $1 million, using the money to fund his new investment in chocolate.

“Why take a risk and develop a new brand? It’s an exciting journey to go through,” Riggs told the students.

She was talking about the launch of the Lancaster brand, but Riggs also could be describing her career. She started out with a chemistry degree from Purdue University and became an engineer at Samsung Austin Semiconductor. But then she took a mid-career risk to get an MBA in marketing at UNC Kenan-Flagler and has spent the last nine years at the Hershey Company.