Skip to content Skip to Programs Navigation
Hooked on finance, investing in relationships

Hooked on finance, investing in relationships 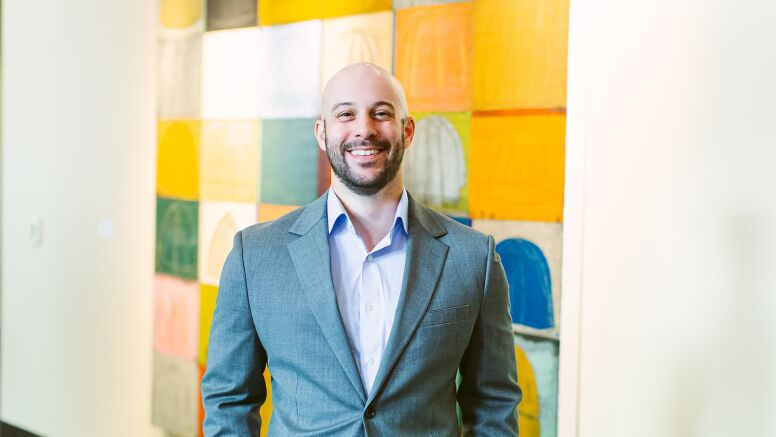 Ben Ivey (BA ’12, MBA ’21) opened a trading account while he was a communication studies major at Carolina.

The day trader had mixed results despite the runaway markets at the time. “It was just a great way to learn — and to fail,” he says. “You think it’s easy, and that you can time the market. That’s a fool’s game.”

The experience ignited a passion for finance that led to him launching a successful career in banking spanning premier financial institutions such as Credit Suisse and J.P. Morgan.

Beyond his stellar credentials, Ivey, an outdoorsman and keen hiking and skiing enthusiast, is motivated by a desire to give back and embrace his social responsibility.

He works in private wealth management at J.P. Morgan, helping steward the capital of wealthy clients who are often looking to give back themselves.

Ivey got the job offer after pulling off a successful career transition into private wealth management with help from his powerful UNC Kenan-Flagler alumni network.

“Getting to know individuals on a personal level and getting to see them achieve their goals is something that strongly appeals to me,” he says. “You’re so close to the end beneficiary of your work. You get to directly see the impact you are generating.”

Ivey started out at Swiss-lender Credit Suisse in Durham, where he cut his teeth as a data analyst.

Then Ivey moved to Chicago to work for U.S. Bank as an analyst covering collateralized debt obligations (CDOs), packages of bonds and loans.

Next he joined PPM America, an investment manager, where he worked as a portfolio analyst before moving into a team-lead position.

This was a less-than-glamorous back-office role, yet he demonstrated early leadership potential, as he was instrumental in relaunching the firm’s issuance program for collateralized loan obligations (CLOs), a close cousin of CDOs.

Despite this success, the rising star longed to be where the real impact is generated: in client-facing roles.

“I got a lot of enjoyment working with our portfolio managers and, when I did get exposure to clients, it was energizing,” he says. “I like building relationships.” 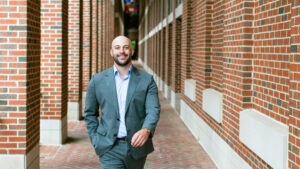 After seven years building his career in finance, Ivey came back to Carolina to earn his MBA – he earned a concentration in capital markets and investments – and transitioned into private client wealth management, supporting wealthy investors with their portfolio strategy.

“I wanted to gain exposure to new ways of thinking and expand my network outside of the realms of finance,” he says. “When you work in a particular industry for a while, there’s almost that temptation for group think.”

UNC Kenan-Flagler was an obvious choice given that students come from all corners of the globe, representing different cultures, genders and ethnic backgrounds. They have worked in different industries and have unique perspectives and aims.

“UNC Kenan-Flagler is known as a top-tier school, but it’s not just a finance school or a consulting school or a healthcare school,” Ivey points out. “There’s such a wide array of disciplines and incredible diversity.”

Alongside the sense of community, Ivey was drawn to UNC Kenan-Flagler’s numerous experiential learning experiences that complement the coursework. The learning-by-doing approach gave him new interpersonal skills.

“I was much less focused on learning how to price a bond,” he says. “I wanted to learn from and engage with different people and bridge the gap between my highly technical abilities and the softer skills.”

He put the skills he learned in school to work through the broad range of extracurricular activities at UNC Kenan-Flagler, strengthening his leadership abilities and making professional contacts.

“The MBA curriculum is extraordinarily strong, but what UNC Kenan-Flagler does very well is putting on great co-curricular activities,” Ivey says. “I was able to foster deep and long-lasting connections with my classmates.”

For instance, he served as a Nonprofit Board Consultant with Habitat Orange County alongside two MBA classmates, and as an MBA Ambassador.

He also was a co-chair of the 2020 Alpha Challenge, the premier stock pitching competition for MBAs hosted by UNC Kenan-Flagler. “That experiential education — you just can’t replicate that anywhere else,” he says. “I found it extremely valuable.”

Although classroom learning is at the heart of the MBA experience, Ivey was incredibly active in clubs and advisory boards, where he expanded his knowledge and his network. It was also an opportunity for him to contribute to the school and take on leadership roles.

He was deeply involved with the Private Wealth and Investment Management clubs, serving as the VP of learning and development for the former.

He also served as a teaching assistant for the Alternative Investments class, and was co-lead tutor for UNC Kenan-Flagler’s first-year academic support system. “It was challenging but it’s extraordinarily rewarding,” he says.

Ivey’s contributions to the community were honored when he received a Core Value Award for Teamwork at graduation.

The internship led to a full-time job offer and Ivey is joining J.P. Morgan’s office in Milwaukee. His associate role will focus on deepening existing client relationships and securing new business in the $5 million net-worth-and-up market segment.

“The UNC network at the firm is so strong and supportive,” he says. “Whether you’re talking to an associate or a managing director of 20 years’ experience, they are looking out for you and finding you the right fit at the firm.

“And I certainly would not have had that job opportunity had it not been for the support of UNC alumni.”

When he’s not studying or working, Ivey loves to be in the great outdoors. A significant perk to being located in Chapel Hill is the high quality of life and numerous outdoor activities. Ivey enjoys taking trips to the nearby Smoky Mountains National Park with his wife.

“It’s an upside to all the remote working in the past year,” he says.

Beyond that, he conforms to a common banker typecast: He’s learning how to play golf.

“It’s a bit of a stereotype, but I’m looking forward to leveraging those golfing skills in my future career.”