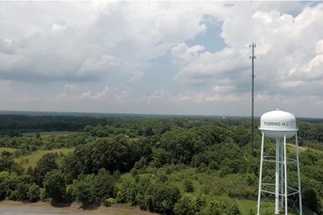 On any given summer day in southern Moore County, North Carolina, you’ll find some of the world’s best athletes teeing it up at Pinehurst Resort. With picturesque courses nestled into a charming historic village, it’s easy to see why Pinehurst has become a vibrant tourist town that’s heralded as the golf capital of the world.

But as those who venture a few miles away discover, there’s a dividing line between northern and southern Moore County.

The town of Robbins is less than 30 minutes north of Pinehurst. They both share the same Carolina blue sky – but outside of that, the two communities don’t have much in common.

In its heyday, Robbins was a thriving manufacturing community known for producing textiles and furniture. But as the manufacturing industry evolved, the town’s infrastructure presented numerous obstacles for companies. The town has no natural gas, no rail transportation and isn’t located in close proximity to an interstate – all liabilities for modern manufacturing.

One by one, businesses shut down their operations and the town disintegrated into an economically distressed community with high levels of poverty and unemployment. The economic outlook for Robbins was pretty bleak – until Steven Bean (BSBA ’85) stepped in.

A foundation for success

Bean is a Tar Heel born and bred. Though he grew up on a farm in a small North Carolina town, he had big dreams – like going to UNC. He turned his tassel in 1985, becoming the first person in his family to graduate from a four-year college.

“UNC Kenan-Flagler gave me a lot of the foundation for where I’ve taken my career,” he says.

He landed his first job – bank auditor – with a company that was recruiting on campus. Auditing financial institutions across North Carolina taught him a great deal about banking and commercial real estate. He earned his CFA designation while he worked, then decided to pursue opportunities that would marry his newfound passions: capital markets and commercial real estate. He joined a small commercial mortgage-backed securities (CMBS) due diligence firm. At the time, CMBS was a fledgling market – giving Bean an opportunity to learn, grow and keep pace with the industry.

When GM acquired the company, Bean left to join Global Realty Outsourcing – the first company to offshore commercial real estate analysis to India. Under Bean’s leadership, the company amassed a team of 1,500 people in just three years. After the firm was sold in 2006, he decided to take some time off before diving into his next venture and headed home to North Carolina. 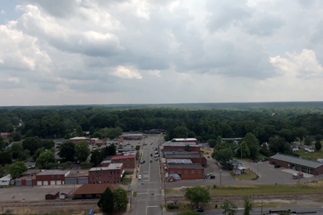 Word travels fast in a small town. When Bean’s cousin learned he was back home visiting his parents, they got together to catch up. On that fateful day, she wooed him back to Robbins.

At the time, he wasn’t actively looking for a new project. But Bean – an innovator at heart – is always open to new opportunities. When his cousin suggested he launch a new venture in Robbins, the gears began to turn.

Small-town, rural North Carolina might have seemed like the last place to build a global real estate operation. But where others saw challenges, Bean saw opportunities. The town’s abandoned textile mills could easily be adapted as office space – and at a significantly lower cost than a traditional office building in a larger city.

Bean understood what it took to do commercial real estate analysis in the U.S. versus running an operation offshore. He’d previously developed a U.S.-based business model for global commercial real estate analysis operations in larger metropolitan areas. He knew the math and understood the economics. And he knew the work ethic required to build the business – perhaps, the most critical component for success.

“Our town has a great rural work ethic,” says Bean. “I realized that in Robbins, the problem wasn’t necessarily unemployment – it was underemployment. There are such high quality people here. They’ve been educated to a certain level, but the available job opportunities were below that level. They just needed an opportunity.”

The more he thought about it, the more Robbins made sense. “The next thing I know, I’m writing a business plan and pitching it to Situs, the leading trusted advisor to the global real estate industry,” says Bean.

They loved it. Bean joined Situs and a few months later, the company launched its Robbins operation. 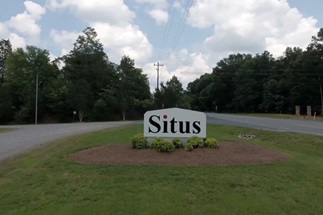 One of the reasons Bean was drawn to Situs was that the company’s core values – integrity, communication, collaboration, courage, excellence and investment – aligned with his own entrepreneurialism. He knew that cultivating culture and camaraderie is critical when building from the ground-up. What he didn’t know was how pivotal these core values would prove to be for Situs.

Not long after the company opened its doors in Robbins in June 2007, the recession hit. But under Bean’s leadership, the team kept a strong base of banking clients – even as many in the industry struggled.

Though it was a challenging time to be at the helm of a new operation, Bean and the Robbins team had the grit to pull through – a quality he shares with fellow Carolina alumni.

“What makes UNC Kenan-Flagler students stand out – and I hear this from other people that hire them – is that they have grit,” he says. “They have a can-do attitude. They’re willing to do whatever it takes to achieve success. And they focus on making sure that the team is the center of that success.”

Bean fully credits his Robbins team with achieving success under such difficult circumstances.

“We were able to sustain during a real downtime in our industry because frankly, we have great people here,” says Bean. “The people we hired learned a lot during that downturn. Today, they are leaders in our Robbins office. They are our cultural leaders, too. During that time, it wasn’t about ‘let’s just build something great.’ It was all about having a can-do attitude and surviving.” 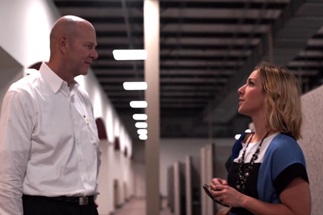 The positive outcome proved what Bean already knew about the people of Robbins.

“The talent is here – you just need to polish it,” he says. “You need to give people specific training in your domain and create a culture that fosters learning and development.”

That’s exactly what Situs has done in Robbins. The company has partnered with area schools like UNC-Pembroke and Sandhills Community College to put young Moore County natives – many who are first-generation college students – on the path to global business careers in finance or real estate. The values they share with Situs have made them a natural fit at the company.

“Our leaders here in Robbins have worked directly with local professors to ensure that the students we hire will be plug-and-play,” says Bean. “They come to us knowing exactly how to analyze commercial real estate because we helped create the curriculum.”

Situs also offers internships and scholarships for local students, as well as grants for faculty. Investing in the community has paid dividends for Situs and helped bolster a strong talent pipeline in Moore County.

The company makes leadership and professional development a priority for employees, too. The Robbins office originally performed underwriting and due diligence services exclusively – but as Situs’ position in the marketplace grew, so did demand for new solutions. The office now performs due diligence, loan servicing, asset management, accounting support and other financial services for a number of global lenders and equity investors.

“Innovation is core for us,” says Bean, executive managing director of U.S. Advisory and Business Development at Situs. “We are always investing in people, processes and technology. You’ve got to have a mixture of those things to make it really work.”

And it has, in more ways than one. 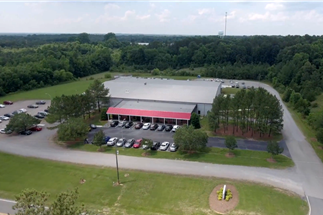 Bean has not only developed a sustainable business model for rural America – he’s proven that it works.

In just under a decade, the Robbins operation has grown rapidly. The building that once housed a sock factory is now home to more than 100 employees who specialize in commercial real estate analysis for global financial institutions. Perhaps even more impressive is its employee retention rate. More than half of the second group Situs hired in Robbins in 2007 is still with the company.

The job opportunities Situs has created have helped Moore County educate and retain local talent and attract more working professionals to the area. The company has also made a significant impact on the local economy.

While rural outsourcing has been – and continues to be – a buzzword, it wasn’t until Situs set up shop and created new analyst and operations jobs in Robbins that economic developers took notice.

“Steven Bean is a pioneer in this kind of outsourcing,” says Pat Corso, executive director of Moore County Partners in Progress. Situs’ success story is helping to draw site selection experts to the area and has encouraged and influenced economic developers in Moore County to build on its success, he adds.

Site selectors based in New York, Chicago, Orlando and Houston have considered opening call center operations in Moore County. All have been impressed with the opportunity to repurpose its existing manufacturing facilities as office space, as well as with the resources offered by the North Carolina Rural Center to help offset the cost of outfitting vacant buildings. Situs is the perfect example, says Corso.

And while Moore County didn’t land one of the site selectors that had expressed interest, another rural North Carolina town did – a promising sign for the state. 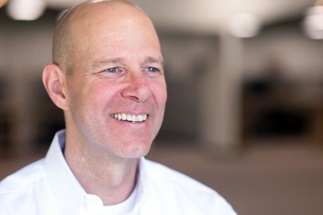 Bean could have chosen anywhere in the world to set up shop with Situs – and he chose Robbins.

When asked about the impact he’s made on his hometown community, Bean’s eyes well up. He’s not in it for the accolades. He’s all heart.

And he’s not just a pioneer, but a champion of doing business in rural America. After finding success in Robbins, Situs acquired Real Estate Research Corporation – an 80 year old institution focused on valuation advisory and debt and equity commercial real estate appraisals – to form Situs RERC. The division conducts extensive research and valuation on the U.S. and European commercial real estate markets, all of which is done out of its offices in Waverly and Des Moines, Iowa.

“I hope what we’ve done here in Robbins is a beacon for other firms that want to be able to succeed in rural America,” says Bean.