Skip to content Skip to Programs Navigation
Heat waves don’t just take a toll on your health – they can hurt the economy, too

Heat waves don’t just take a toll on your health – they can hurt the economy, too 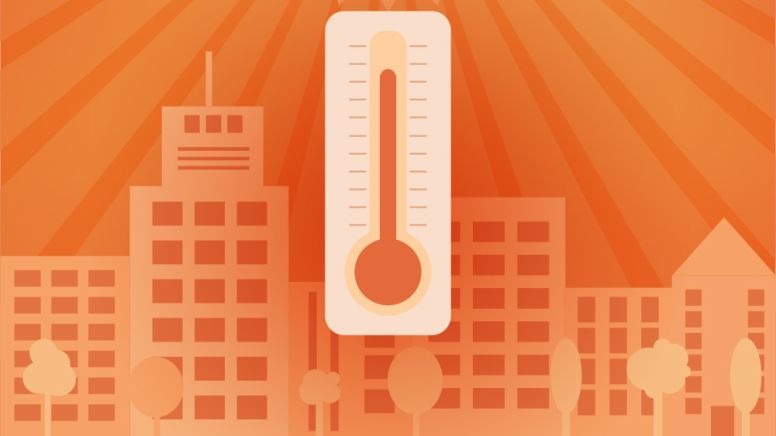 Rising temperatures, especially in the summer, can have a major impact on the future growth of the U.S. economy, reducing the gross domestic product (GDP) by as much as one-third if steps aren’t taken to address the issue, according to a new study from the University of North Carolina Kenan-Flagler Business School.

Riccardo Colacito, a finance professor at UNC Kenan-Flagler, worked with Bridget Hoffmann of  Inter-American Development Bank, and Toan Phan of the Federal Reserve Bank of Richmond to conduct the study, “Temperature and Growth: A Panel Analysis of the United States,” published in the Journal of Money, Credit and Banking.

Other findings from the research include:

“There had been a belief that the most significant impact of rising temperatures was on industries exposed to outside weather conditions, such as agriculture, an effect that’s been well documented in emerging economies,” says Colacito. “Our research finds that the impact in more advanced economies like the U.S.’s is pervasive across multiple industries, including many that have not historically been thought to have significant exposure to outside temperatures and weather conditions, like real estate and finance.”

The research team conducted a panel analysis using data on GSP from 1957 to 2012 for all 50 states, and weather data from the National Oceanic and Atmospheric Administration from 1957-2012. They analyzed labor productivity for each state using the ratio between total private industry output and employment.

In the case of real estate, which accounts for 11.4% of GDP, they found a one-degree increase in the average summer temperature was associated with a 0.44% reduction in the sector’s output. For the retail and wholesale sectors, that same temperature increase is associated with a 0.24% to 0.28% reduction in output. Those sectors account for 6.6% and 5.9% of GDP, respectively.

When the researchers examined the impact of temperature on labor productivity, they find an increase in average summer temperatures negatively effects productivity growth, which, in turns, results in a reduction in output.

A similar effect was seen for a drop in fall temperatures. At the same time, the researchers reported that the association between average summer and fall temperatures and employment growth – another area where temperature had been thought to negatively impact economic growth – was not statistically significant.

“This suggests productivity growth – rather than employment growth – is a main mechanism through which summer and fall temperatures affect GSP,” says Colacito.

Their data shows an occurrence of six days or more with temperatures above 90 degrees Fahrenheit reduces the weekly production of U.S. auto plants by an average of 8%. “Most automobile manufacturing takes place indoors,” Colacito notes. “This implies that there might be some limit to the benefits of air conditioning. It is worth noting that parts of this production process, including loading and unloading, take place outdoors in areas that are difficult to cool or warm.”

In addition to state-level data, the researchers determined whether specific geographic areas of the country were responsible for the effects of temperature on GSP. To do so, they divided the U.S. into four regions: North, South, Midwest and West based on the classification of the U.S. Census Bureau. They defined development levels according to the Human Development Index (HDI) indicators: life expectancy at birth, school enrollment and adults’ educational attainment, and median wage and salary earnings.

With the exception of Idaho, all of the less developed states were located in the Southern region, where the impact of increased summer and fall temperatures was most statistically and economically significant. Nonetheless, they conclude that temperature’s effect on GDP is not driven by states with lower development levels.

“The South’s contribution to the nation’s GDP has grown steadily over the past several decades across the entire cross section of industries, suggesting that the region’s impact on rising temperatures is driven by its larger contribution to the economy as a whole,” says Colacito.  “Agriculture, which you would assume would be a major contributor, actually displays the smallest increase.”

While the authors clearly establish a link between temperature and U.S. GDP growth, they are careful to note that the worst case outcome they describe is not inevitable.

“The projected 1.2% decline in GDP growth is the ‘business as usual’ scenario, which means no changes to our behavior and no scientific advances,” Colacito says. “There are many steps we can take that could result in better economic and social outcomes. We just need to take them.”