GSK’s Jack Bailey: We need to talk about healthcare 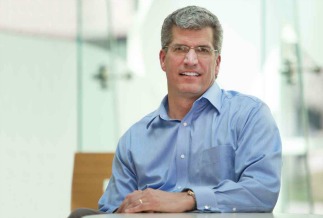 We need to talk about healthcare – and here’s why.

If the U.S. healthcare industry were its own country, it would be the fifth largest country in the world based on spending. That means that there are only four other nations with greater total expenditures.

Healthcare reform is a topic the U.S. can’t afford to ignore. By 2021, $4.8 trillion will be spent on U.S. healthcare, making it the nation’s largest industrial sector. The industry is undergoing more change than ever, and the U.S. has to get ahold of it for the sake of loved ones and the nation, says Jack Bailey (MBA ’91), president of U.S. pharmaceuticals at GlaxoSmithKline (GSK).

Bailey and representatives from top pharmaceutical companies joined students, faculty and industry professionals at the 2015 UNC Kenan-Flagler Healthcare Conference to discuss how the business world and the healthcare industry can come together to generate the best possible outcomes.

“I hope this conference sparks your curiosity to become part of the change that we need to move in a positive direction,” Bailey told attendees.

To understand the current state of the U.S. healthcare system – and what can be done to change it – we must first examine three questions, he says.

Why is the healthcare system undergoing such change?

People are living longer. As the population ages, so does the rate of consumption for medical services. Approximately 10,000 Americans turn age 65 every day, driving demand for more consistent and reliable healthcare.

The current U.S. healthcare system is volume-driven, meaning healthcare professionals have a financial incentive to provide more services to more people – and millions of Americans die each year due to inaccurate healthcare practices.

“In the U.S., patients only receive standard care about 55 percent of the time,” says Bailey. “If you compare this to aviation, it’s the equivalent of one Boeing plane crashing every other day.”

A push towards a value-driven system – in which outcomes and quality improve with every dollar spent – would improve healthcare for patients and reduce cases of malpractice – and it’s the only way true change will occur, says Bailey.

What role does innovation play?

“If you look at any aspect of our lives, innovation always plays an important role,” says Bailey. “It was not long ago when we saw patients on iron lungs for polio or going bald from Scarlett fever.”

By 2019, it is likely that those diseases will be completely eradicated.

Innovative medicine has also allowed individuals with mental illness who might have been institutionalized in previous decades to now be integrated into society and lead productive lives.

Companies and universities are innovating together to solve some of the world’s biggest medical challenges. In May 2015, UNC and GSK announced the formation of a jointly-owned company – the first of its kind – dedicated to finding a cure for HIV/AIDS.

“Moving forward, all parts of the value chain have to adjust so that innovation plays a role,” says Bailey. “If we don’t prioritize innovation, patients will pay the price.”

What can we expect moving forward?

As the debate – “philosophical wrestling,” as Bailey calls it – over whether the government or the industry should control U.S. healthcare wages on, it is increasingly apparent that the healthcare sector must learn to engage with consumers.

“Consolidation will drive scale efficiency. Integration will allow premium dollars to be better managed. And standardization will end discrepancies in care for patients with the same health status,” says Bailey.