Getting off of the sidelines and into the startup game 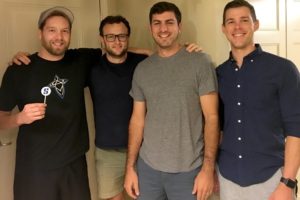 Our startup journey began as an excuse – an excuse to do something fun, learn a lot about starting a business and, amazingly, to get class credit for it all.

This sounds pretty elementary, but I think the most important variable in all of this is having fun (or enjoying whatever it is that you are doing).

Our idea – first called GameTime, then WagerWire and now officially Sideline Fantasy Sports – originated in the weeks leading into our second year in the UNC Kenan-Flagler MBA Program. David, Ryan, Tom and I share a love of sports, competition and entertainment. After realizing we were all tired of the randomness associated with picking and maintaining players in traditional fantasy football leagues, we decided to take matters into our own hands.

Conveniently, UNC Kenan-Flagler offers StartUp-UNC, a multi-part class that allowed us to spend a year putting our idea through the ultimate test.

StartUp-UNC took us through the critical motions of starting a business, including:

Feasibility
Feasibility was an intensive 8-week period during which we methodically went through the motions – alongside the rest of our cohort – to land on an initial concept. Spoiler: that concept has only changed about four more times since then.

We tested approximately one million variations of our idea and gameplay based on legalities, market interest, competition, etc. You name it, we tested it.

Strategy
After completing the Feasibility class we knew we had an idea we thought would resonate in the market. But what about everything else – like an in-depth look at the competitive landscape, a go-to-market strategy, a growth plan and financials?

By focusing on strategy, we were able to take our fantasy sports game and stress test it (in terms of its viability as a consumable product) against all of those key metrics.

Starting with the 2016-17 cohort, the StartUp-UNC course will also include a Mod focused on tech assessment – another key aspect for startup founders.

Financing
Once we thought we had Sideline at a good point – a feasible product with the makings of a solid business plan – we had the chance to have it dissected (or in our case, destroyed) by VCs and angel investors. I think my mom even showed up to one of our pitches to throw in her two cents. But seriously, we loved hearing their feedback because it opened us to elements we might not have considered, as well as elements that we were considering incorrectly.

At the end of it all, we finished the course with the confidence that we had created something that could – and should – be successful. It was just up to us to execute.

Back to the ‘real world’
After graduation, we started full-time jobs. Sideline went from getting our full attention every day to being something we were holding onto and attempting to work on in the evenings. To get the company off the ground, we needed to have a website built – but we didn’t have any funds to get it done. Hiring a web developer is expensive, and since none of us had won the lottery we found ourselves at an impasse.

We realized we had two choices: we could say “good run, guys” and call it quits, or we could keep with it. This is where the element of pure enjoyment came in. None of us wanted to stop working on our concept because we loved it so much – so, long story short, we decided to keep at it.

One of the next steps we took was to run a second year of test leagues for friends, strangers and anyone who wanted to play – and thank goodness we did. One of the players was so interested in the experience that he decided it would be fun to build our website as a pet project. You’re probably thinking, building an entire site doesn’t sound like a ‘pet project’”– and we’re with you on that. It was the perfect twist of fate. This web developer was our unicorn. We knew that with his help, our idea was finally going to come to life.

Sticking with moonlighting a startup is like any other goal – from dieting to working out to wanting to read more. You have to create a plan, keep yourself – and your co-founders – accountable and put in work when you’d rather have a lazy Sunday and watch three movies or go to happy hour for $2 margaritas. Knowing we have a chance to do something that we’d be wildly excited to wake up for as our full-time “job” is what keeps our engines going.

Last thought
The detailed concept that we built and meticulously iterated throughout our StartUp-UNC experience ultimately gave us a clear vision into what we had, what was missing and what we needed to do to build our product and start on the path to success.

The launch of our company is exciting and definitely worth celebrating – but it’s just one turn in what we hope will be a wild ride. 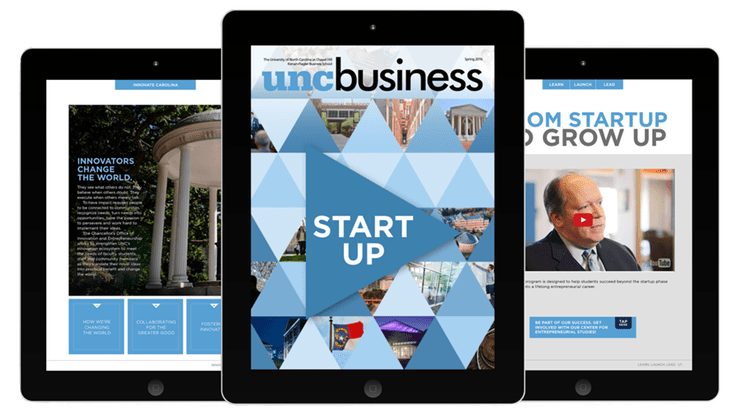