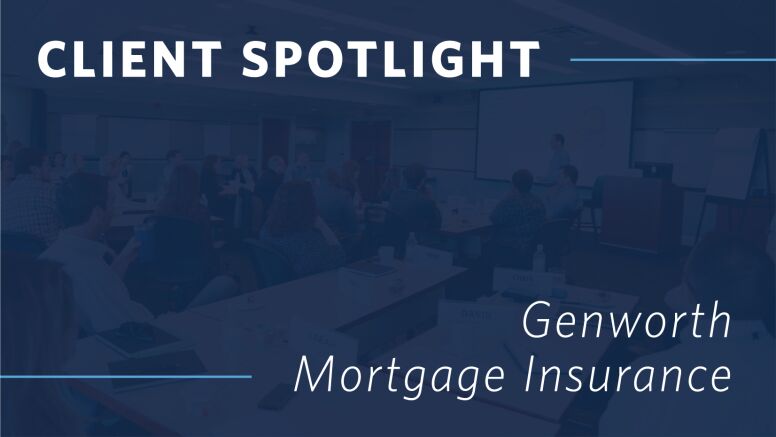 In 2015, four years following the end of the recession, Genworth Mortgage Insurance (MI) found themselves at a crossroads. The cautious, low-risk operating mindset that had made them one of the few financial firms to remain healthy during the downturn was now holding them back from taking full advantage of a growing market. “We survived in large part because we were making really high-quality decisions,” John Collison, Global Director of Talent Development says. “All of that works quite well when you’re under duress. However, when you are transitioning to a market in which there is significant growth opportunity, agility becomes much more valuable.”

After looking at different schools, Collison approached UNC Executive Development to create a program that would liberate Genworth MI’s top managers and leaders from the safe and slow mindset of the past into a growth mindset driven by innovation and entrepreneurship. At UNC Executive Development, Collison says he found a partner that shared the same grounded, real-world focus that drove Genworth MI. “While they were truly world class experts, they were also very flexible, and able to speak a non-academic language.”

One of the major problems at Genworth MI was that the product—mortgage insurance—is widely considered a commodity. Collison says, “The way to fight commoditization is to change the calculus from just price, and focus instead on other differentiating value adds such as service, quality or innovation. We needed to reframe our product as something that wasn’t just price driven, but also something that we could in fact increase the value of by providing things our customers want.”

The program was divided into two-cohorts: the first cohort constructed a strategy statement that would drive business in a commoditized market, and the second cohort looked at how to best prioritize and begin executing on the strategy set by the prior cohort.

One important feature of the program, Tony Laffoley, Program Director at UNC says, was an emphasis on real-world business application, and not just theoretical training. As he explains, “The way we labeled the program was that this was not simply a learning event, but a workshop with practical deliverables driven by the learning.” To help broaden perspectives, the program also included company visits that exposed participants to thought-provoking innovative and entrepreneurial cultures.

The first cohort developed what would eventually be called “The Path Forward,” a narrative vision of the company exemplifying its new perspective on its industry. A continuation of the first cohort’s work, the second group laid out guidelines for meetings to streamline the decision-making process, yielding more productivity and time efficiency. This spurred a complete reset of the company’s meeting culture.

“To say I’m satisfied is an understatement,” Collison concludes. “In terms of how sticky the learning has been with the participants, how well the perspectives and tools have moved through our organization, and practical and measurable business outcomes, this has been the most effective executive education program I’ve ever seen.”