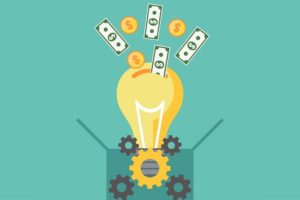 Crowdfunding platforms holds promise for entrepreneurs, artists, game developers and nonprofits alike. If the crowd believes you have a worthwhile idea, it will support you. If it doesn’t, maybe you have an answer that has saved you a lot of trouble.

How crowdfunding works
Crowdfunding sites such as Kickstarter provide platforms for entrepreneurs to post information about their projects, fundraising goals and deadlines. Small investors pledge an amount and if the goal is met by the deadline, investors’ credit cards are charged. If pledges fall short of the goal, investors aren’t charged and the entrepreneur receives no funding.

My earlier research delved into how firm strategy adapts to financial constraints and the benefits of diversification for firms operating in poorly functioning capital markets. In my crowdfunding research, I examine how investor behavior changes over the funding cycle of a project.

I scraped data from Kickstarter for all projects that had even one backer, dating from Kickstarter’s inception until the data were no longer publicly available. Then I assembled a panel data set for each project and conducted an analysis of contribution behavior over time. From this data, I’ve discovered a number of things that can contribute to the success of a crowdfunding campaign.

More backers, less pressure
The size of the crowd affects investment behavior through the bystander effect. The larger the crowd, the less pressure any individual feels to commit to funding. In a smaller crowd, individuals feel more onus to contribute. While a large crowd indicates past support, raising too much too soon will, over time, reduce motivation to invest. Ideally, you want a steady increase in the size of your crowd.

Deadlines drive funding
The urgency that builds as the deadline approaches can help reduce the negative influence of the bystander effect. After all, the project disappears if it fails to meet its goal, and investors not only want the reward they will receive if the project goes forward, but they also derive satisfaction from being the savior. Moreover, updates and engagement with the crowd through social media become particularly critical to drumming up support when the entrepreneur is battling the bystander effect.

A future for small business
In the last election, we heard how small businesses were the engine of the economy. One of the biggest challenges facing new businesses is raising funds. Crowdfunding done right is one solution.