Finding light in the dark 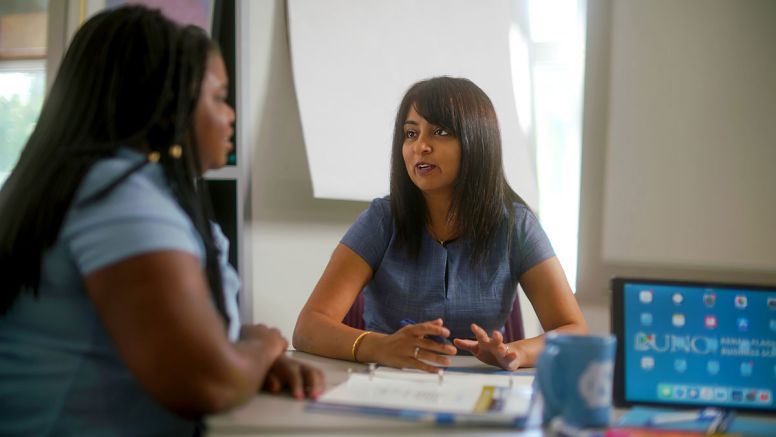 Two days before the 2016 U.S. presidential election, Shimul Melwani sat in her office with PhD student Angelica Leigh discussing the two paths diverging before the nation’s voters. As they oscillated between the outcomes of route A and route B, they realized that people in offices across the country, during breaks for coffee or in between meetings, were doing the same thing.

They hypothesized how the reactions to something as pivotal — and contentious — as a presidential election would follow employees into the workplace, possibly for months to come. They turned their curiosity into a new research study to find out how the election’s impact on workplace motivation contrasted between people of different political identities.

Melwani and Leigh sent out surveys to full-time employees identifying as either democrat or republican to follow their change in motivation in their work over time. They found that while Democrats underwent a post-election dip that extended six months to the following May, Republicans felt a brief uptick in the following weeks that eventually leveled back to normal.

This study is one of Melwani’s many examining the workplace. As an assistant professor of organizational behavior at UNC Kenan-Flagler Business School, she researches the interactions of individuals and groups in organizations. She delves into what companies often discourage employees from bringing to work: negative emotions and other phenomena she calls the “dark side” of her discipline.

“I’m interested in constructs that are both dark and light to really understand how, as individuals and organizations, we can create conditions where their effects are more likely to be positive than negative,” she says. “At the end of the day, we can’t prevent these experiences, so how do we then transform them?”

The results from her studies, featuring the impact of stressful personal events like office frenemies to outside “mega-events” like the 2016 election, provoke thought on what it means to be professional and the flaws of some company cultures — something businesses aren’t always apt to change.

“It’s hard for organizations to see the value of why it’s important for me to come in and do this,” Melwani says. “They’re not really sure they want to know the answers I find.”
While her work challenges offices to make space for complex human emotions, she challenges herself to embrace obstacles — from data collection to publication — that push her work to the frontier of her field of study.

When Melwani first entered the workforce after finishing her biomedical engineering undergraduate degree in India, she strayed far from her field. Although in sales engineering, she began working closely with human resources in her company, motivated to help people improve their work days. This drive to support others led her to the U.S., where she enrolled in the industrial and labor relations graduate program at Cornell University.

As a teaching assistant, she discovered a passion for organizational behavior and a love for theory, at one point reading 55 research articles in four days. That’s when her advisor told her to apply for a PhD. “He said that most people don’t get that involved, find it interesting, or find it fun,” Melwani says. “I really like getting into the nitty gritty of the topic.”

But before starting her doctoral studies at the University of Pennsylvania, she wanted another perspective. She returned to India to work for a HR consulting firm to see if research really was the path for her. There she realized the limits of office culture at the time.

“At that point in the early 2000s, research on organizational behavior focused on how people’s cognitions influenced their work,” Melwani says. “So much of people’s internal experiences and interactions with each other weren’t really taken into account.”

Unanswered questions about her own everyday uncomfortable, ambiguous work interactions galvanized her return to school and to research. While working under Sigal Barsade, a researcher at the forefront of the field of emotions, she continued to bring the study of emotions into organizational behavior.

After graduation, Melwani interviewed at UNC Kenan-Flagler. She knew immediately it was the place she was meant to go.

“My goal after graduate school was to be someone who was not only a successful researcher and a successful teacher but also a good citizen,” Melwani says. “The fact that everyone I met here seemed to demonstrate success in these three domains was very exciting to me and was one of the reasons I decided to come here.”

Simply going into work exposes people to a variety of events, relationships, and organizational cultures, all of which can evoke conflicting reactions and tension — something called ambivalent emotions.

“We get mixed messages about what we should do,” Melwani says. “For example, you cooperate with everyone you work with, but at the end of the day, you also have to compete with them for promotions and bonuses.”

While people usually equate ambivalence to confusion, it can translate into something more positive: open-mindedness. An ambivalent relationship with a co-worker, or “frenemy,” typically improves job performance, according to one of Melwani’s studies.

“Having a frenemy ups our motivation to engage more with them, because we’re trying in some ways to manage the tension and reduce it,” she says. “We help them more, we listen to them more, so it can have these beneficial outcomes because ambivalence opens us up to more perspectives.”

Ambivalence in leadership has a similar effect. When employees sense that a leader feels uncertain about an issue, it encourages them to share new ideas, potentially leading to better decision-making.

While ambivalence can have positive impacts, it’s almost always negatively characterized and thus discouraged, making the constant balancing act between relationships, jobs, money-making, and community impact even harder, according to Melwani. Society’s preference for consistency over fluctuating emotions, she adds, can make the occurrence of ambivalence tension-filled. 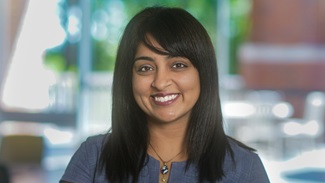 Melwani typically uses multiple methods in her studies including lab and field components. But before she designs an experiment, she starts with literature review and informal interviews with people who may share the experience she’s investigating. “That’s really for me to understand that my perspective isn’t just my perspective,” Melwani says. It confirms that her topic is a universal human experience.

She then uses a psychology or behavioral lab to isolate and distinguish that experience. In a recent study, she set up an open-plan office — a growing office space trend — in the lab to analyze the process of “catching” other people’s emotions, or emotional contagion.

“One of the big reasons open-plan offices are problematic is that we’re constantly exposed to people’s emotions,” Melwani says. “It’s hard for us to separate or step away from that because, in some ways, we’re walking mood conductors and constantly absorbing these things.”

In her lab, an actor received a short phone call that was either a happy conversation, an argument, or one that lacked emotion. Those exposed to the happy conversation left the lab feeling more positive and evaluated the proposal they worked on as more creative and high-quality. After hearing the argument, people left feeling more negative and rated the proposal likewise.

She found similar results in an experiment that used a recording of someone on the phone walking down the hallway outside the lab.

“I’m really excited by it,” Melwani says. “If there’s people joking, laughing, and being positive, then it can influence the climate of organizations in a way that we haven’t even thought about.”

Once she finishes the lab component, she’ll replicate and build upon her findings in a real-world field study with full-time employees. Sometimes, though, it’s hard to recruit organizations to participate.

“I have colleagues, for example, that study how we motivate people and improve performance,” Melwani says. “While I am looking at those similar types of dependent variables, I’m interested in the independent variable that often doesn’t have the best reputation.” But Melwani finds those challenges inspirational.

“This is why I do what I do,” Melwani says. “The challenge forces you to think outside of the box and get creative with the way you design your experiment.” That creativity, though, can present roadblocks.

“When you submit these papers for publication, reviewers are often more resistant to things that feel sort of out there and are not often anchored in a very consistent style of research or domain,” she says. “They’re trying to figure out where your work fits in — and sometimes they can’t.”

In her study on how people evaluate creativity, she found that while participants explicitly said they wanted out-of-the-box, novel ideas and projects, they showed a preference for more practical ideas than creative ones.

She doesn’t let this implicit bias stop her, though. “I try to think about constructs that have never been explored and really try to understand them and develop a scientific method to study them,” she says.

“We really spend too much time at work for that to be the appropriate expectation,” she says. “More accepting organizations will make their employees bring more of their whole selves to work, which is what we want.”

Bringing your whole self means being open at the office, which includes open discussion on how major world events — like the 2016 election — impact your job.

There’s been extensive research on the effect of personal events, such as layoffs, but less has been done on what Melwani calls societal-level “mega-events.” With Leigh, she’s currently exploring the concept with a case study on black identity and police shootings of African-Americans.

“Because we share an identity with the individual or the group that event has affected, it can feel personally relevant,” Melwani says. “We bring it into work in ways that we don’t expect.”

These events can cause employees to shut down and withdraw, so understanding how organizations can help them cope and encourage honest conversation is critical. On an individual level, she hopes people realize the importance of acknowledging and managing both their own emotions and those of others, no matter if they’re positive or negative.

Through her research, Melwani shows these emotions have a function and purpose, signaling that they’re normal to feel and, even if confusing or painful, can be channeled to improve self-compassion and interactions with others.

She brings what she learns from her research into the classroom as well. She teaches three undergraduate courses in leadership and management every year, focusing on experiential learning and the latest research to inspire both her students and her own research.

One student is Joe Nail, who co-founded Lead for America, an organization that matches recent graduates with local government jobs. After teaching Nail three years ago at UNC, she’s joined his team as director of people and culture.

“I think it’s going to be very, very successful, as it should be,” Melwani says. “But I really hope all my students, as they walk out, understand the value of having a communal focus and perspectives of other people. You can be an investment banker and still impact the people you work with in a positive way, and then, in addition to that, find ways to create for yourself and others.”

Written by India Mackinson (BA ’19) for Endeavors
Special thanks to the Carolina Digital Repository for making the research articles linked within this piece accessible to the public. Within University Libraries, the CDR provides long-term access and safekeeping for scholarly works, datasets, research materials, records, and audiovisual materials produced by the UNC community. To learn more about their work, visit cdr.lib.unc.edu.