Financing change for people and planet 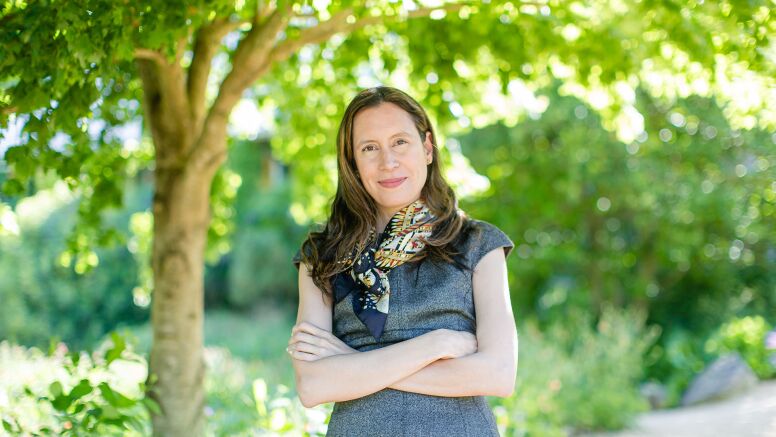 While working in finance is a classic MBA career, Chantarella De Blois (MBA ’16) is not pursuing a typical path. Instead, she is accelerating impact investments that marry social and environmental goals with attractive financial returns.

With potentially catastrophic levels of global warming increasingly in the spotlight, De Blois never saw a traditional finance career path as an option.

“To me, there’s no point in promoting a return on investment if you don’t take into account the health of our planet at the same time,” says De Blois, who is vice president at Total Impact Capital, one of America’s first impact-investment firms. “At the end of the day, climate issues exacerbate every issue, whether that’s poverty, migration, hunger, armed conflict, health or inequality. It has the potential to completely undo value creation at a large scale and in all sectors.”

She believes the financial system can play a more active role as a catalyst of change in funding nature-based solutions and the transition to a low-carbon economy. The United Nations estimates up to $4.5 trillion per year needs to be mobilized to achieve the 2030 Sustainable Development Goals, which are a blueprint for peace and prosperity.

“Financial mechanisms are key to protecting the environment – we can employ financial innovation toward collective well-being or its opposite,” De Blois says, drawing a contrast with the 2008 financial crisis when questionable financial mechanisms were said to have played an important role in the banking crash.

Crucially, she wants to achieve a “just transition” that is inclusive by design. “Developing countries need greater access to transition finance,” she says.

But while the climate crisis is one of society’s gravest problems, she also is personally motivated to tackle the significant financial risks stemming from the loss of biodiversity and the destruction of natural ecosystems.

At Total Impact Capital she works alongside a creative team that has helped structure high-impact financing vehicles which mobilized millions of dollars to address crucial social objectives such as clean water and sanitation, energy and health while earning risk-adjusted returns for investors.

“I’d like to increasingly focus my work on conservation and biodiversity in finance,” De Blois says. “There is a lot to be said for investing in carbon capture and storage technology, but none of that is nearly as valuable as protecting what is already on the ground – the forests and coral reefs, mangroves and other carbon rich ecosystems that we will never be able to recover if we destroy them. Sadly, current funding is largely insufficient and often not getting where is most needed. I would like to work towards shifting that.”

Her passion stems from being raised in her native Venezuela and then Brazil, where a key issue for the local populations was the destruction of natural habitats by deforestation, which is a huge contributor to the world’s annual greenhouse gas emissions.

“I was raised with a mindset of never compromising on my values and protecting our environmental wealth,” De Blois says. “In the Amazon, people put their lives on the line, and have done so for decades, to defend nature against ever increasing pressure from commercial interests. Investing in these communities means job creation and enhancing rural opportunities away from destructive behavior”

De Blois remains deeply engaged with UNC Kenan-Flagler since earning her MBA from the online MBA@UNC Program, and the award reflects her thoughtful and consistent contributions to ACES, including speaking in classes, mentoring students and promoting the growth of enterprises that have positive impact throughout the world.

While De Blois’s career path has taken twists and turns, the uniting theme is a commitment to sustainable enterprise – even when she worked as a sustainability consultant in the Arabian Gulf states, some of the world’s largest exporters of crude oil.

The desert states themselves are highly exposed to the impact of global warming, but her work required delicate framing, she says. “For example, this region faces major health challenges stemming from the devastating toll rising temperatures have on vulnerable populations and their water supply. If we can speak to what people care about, they will see how sustainable business makes sense, how everything is inextricably connected.”

Earning her MBA at UNC Kenan-Flagler gave her the credibility to pursue these important roles. “There were a lot of misconceptions about what kind of jobs environmentalists were able to pursue, and finance was not an obvious path. The MBA provided me with the necessary tools to approach climate and social action from a finance perspective,” she says.

Still, the MBA gave her a major confidence boost. She found a diverse and welcoming community at UNC Kenan-Flagler, where she engaged with classmates in live online classes, study groups and team projects.

“The value of the people I met is immense,” she says. “These are super bright and inspirational people, and I have made lifelong friends.”

The international Summits, immersive and experiential face-to-face courses held quarterly, were the highlight of the MBA@UNC experience for De Blois.

“We met many entrepreneurs in South Africa,” she says. “It was beyond inspiring: I learned about the concept of thrivability in the context of opportunity-based narratives that foster close collaboration and community involvement to generate solutions”.

Indeed, De Blois hopes to one day deploy her own community-led initiatives and apply these concepts to support sustainable finance efforts that address deforestation and inequality issues where biodiversity is most vulnerable.

“I believe that all entities, foundations, nonprofits, governments and the private sector, have an important role in bridging the financing gap developing countries face. We also know what tools to use,” she says. “Ultimately, working together is the only way to protect that which is most valuable for humanity – our natural capital and communities that depend on it.”