Even if you don’t shop at Lidl, you benefit from its lower prices 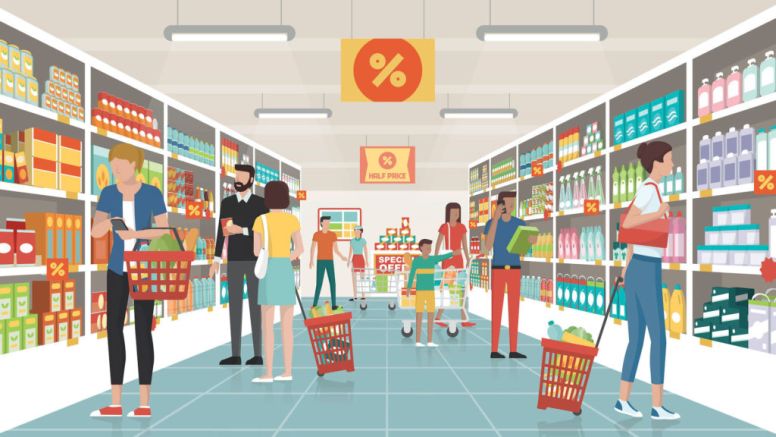 The arrival of low-price European grocers in the U.S. could mean hundreds of dollars per year in savings for consumers – even if they don’t shop at the new stores.

The impact on grocery prices when Lidl entered selected U.S. markets is a subject of study for Katrijn Gielens, professor of marketing and Sarah Graham Kenan Scholar at UNC Kenan-Flagler. She wanted to know what impact of Germany’s low-price-focused grocers, such as Lidl and Aldi, might have on the already competitive U.S. market.

Lidl’s strategy focuses on providing low prices across a narrow selection of grocery staples. It entered the U.S. market in mid-2017, opening 10 stores in Virginia, North Carolina and South Carolina. That was just the beginning for the company, which has since opened over 50 additional stores. In fall 2018, it announced plans to purchase 27 supermarkets in New York and New Jersey to expand its footprint.

Lidl primarily stocks private-label products rather than groceries from other suppliers, making its business model substantially different from competitors.

Gielens wanted to know if the company’s entry would have any measurable effect on prices in places where, for example, other low-cost sellers such as Walmart already operate. And would it affect prices at grocery stores that often try to differentiate themselves in other ways, such as offering prepared foods, hard-to-find specialty products or an especially comprehensive selection of groceries?

Lidl’s entry, she discovered, offered substantial savings for consumers whether or not they shopped at the German chain. It presents new challenges for existing grocers facing highly competitive environments.

Lidl funded Gielens’ study with the caveat that she would report whatever the research showed, even if it wasn’t positive for Lidl.

To discover the true impact on Lidl’s entry into U.S. grocery markets, Gielens selected a dozen towns in Virginia and the Carolinas. She chose six communities where Lidl had opened new stores and paired each with demographically similar towns to act as controls.

She identified a market basket of 48 common grocery items: ice cream, bacon, whole milk, canned tuna and more. And she dispatched researchers to collect price data on each item from the grocery stores in the markets she was studying, an expensive process.

“It needs to be done very, very professionally,” she says. “What you usually need is a professional agency that has a lot of experience with field research.”

Product comparisons have to be very specific – not just what yogurt costs, but the cost of a certain flavor of yogurt in a certain size container.

While it’s not surprising that grocery prices dropped after a Lidl store entered a market, the magnitude of the decrease surprised Gielens. She expected to see price drops similar to those seen when Walmart entered the grocery business – generally 1 to 5 percent. Instead, she found that Lidl’s overall impact was almost twice as big.

Comparisons for specific products and against specific competitors were even more dramatic. For example, the price drops for a half-gallon of milk in markets where Lidl was present was 55 percent lower than in markets where it wasn’t. Some food categories, such as avocados and bread products, saw price reductions of more than 30 percent. More frequently purchased goods, including ice cream, bananas and cheese, saw their prices go down more than 15 percent.

For individual shoppers, she found savings of up to $22 on the entire basket of 48 goods. On an annual basis, consumers might save hundreds of dollars per year.

The study has important implications for grocery retailers assessing the potential impact of low-cost competitors.

First, it suggests that some concession on prices is almost certainly necessary, no matter how stores brand themselves.

Grocery chains that have historically branded themselves as “low-price leaders” might face the most difficult challenge, as their core positioning is directly challenged by Lidl’s ability to deliver lower prices on high-quality staples.

“The more you are alike the less you can afford to sit back and do nothing back,” Gielens says.

For these and other grocers, figuring out how to differentiate themselves – through services such as prepared food, a larger range of products or a more attractive in-store experience – will be essential.

U.S. grocers might consider their peers’ experience in the U.K. as a warning.

“In the U.K., a lot of the competition was virtually destroyed by Aldi and Lidl a couple years ago,” she says. “They become very aggressive.There are really no reasons why you should assume the U.S. market will be different.”

While some news reports suggest that Lidl’s entry into the U.S. might not have gone as well as the company hoped, Gielens says the company is well-capitalized and privately held, and so doesn’t have to answer to impatient financial markets hungry for the next quarterly earnings report.