Skip to content Skip to Programs Navigation
Don’t call us 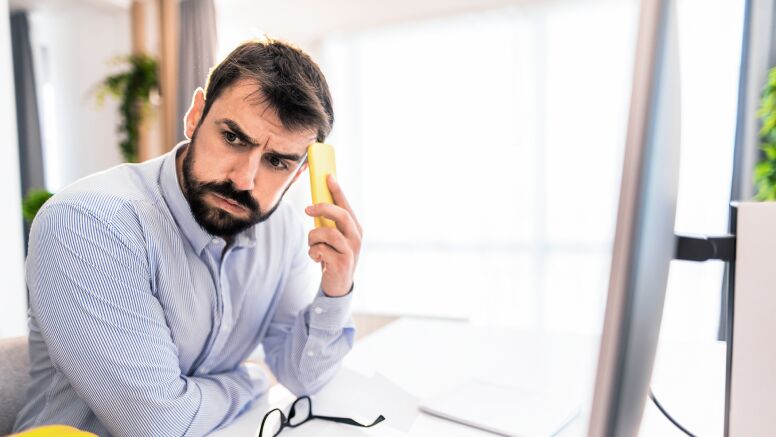 Companies offering callbacks to current or potential customers – instead of holding on the line – need to do a better job communicating the benefits of the newer technology.

Customers still prefer waiting longer on hold to speak with a service representative when they could opt for a callback that would allow them to hang up and do something else until the company returns their call when it’s their turn in the queue.

That finding surprised researchers in a first-of-its-kind study from Seyed Emadi and Vinayak Deshpande, operations professors at UNC Kenan-Flagler Business School. They used data from a U.S.-based bank’s call center to produce this unique empirical study of caller behavior with a callback option.

They conducted the study with Brett Hathaway of the Carey Business School at Johns Hopkins University and published their findings in “Don’t Call Us, We’ll Call You: An Empirical Study of Caller Behavior Under a Callback Option” in Management Science.

Callback technology might seem like a panacea for customers tired of hanging on the telephone line, but that was not the case with the bank’s customers. They opted in large numbers to remain on hold, even though it increased their discomfort levels to do so.

“I was thinking callbacks would be extremely popular, that’s not the case,” says Emadi. “Even though the discomfort waiting offline is much less than being tethered to the phone. That was really surprising.”

The problem, say the researchers, is that many customers have so far been loath to take the first step and accept the offer of a callback. In the bank’s call center dataset, just 37% of the customers offered a callback accepted the offer. The other two-thirds of customers preferred to hold on the line.

This flies in the face of conventional wisdom that customers would rather hang up and do almost anything else until they’re called back. Instead, they chose to wait on hold and became increasingly agitated. In fact, the study quantified just how irritating it can be for people on hold: three to six times more discomfort per minute while holding, versus waiting for a callback.

The research highlights that offering callbacks can increase service quality by offering callers a less stressful alternative to endless loops of Muzak or recorded corporate messages.

A matter of trust

So why aren’t more people choosing the less irritating option to have a callback? The researchers spoke to bank customers and found many do not yet trust the technology. Some respondents doubted whether they would actually get a callback and others suspected they would lose their place in line.

“If there’s new technology, there’s resistance to it or people have some uncertainty about it,” says Emadi. “If you call one time and it works, you say, ‘It’s fantastic and I’m going to do it again.’”

But getting customers to that “aha” moment has proven tricky despite recorded messages aimed at reassuring customers holding for a representative.

“Callers don’t trust the priority is maintained. You may still be in line, but not have the same priority,” says Deshpande.

Deshpande added, “Call centers should think about the message that the customer hears when they get the callback option. Do they say, ‘We’ll call you back in 10 minutes’ or ‘We’ll keep your place in line.’ It’s not just important to offer a callback; the message delivered to the customer is critical, too.”

Call-center managers should consider better marketing or efforts to educate their customers about the benefits of the callback. After all, the researchers found that guaranteeing callbacks within a window of time or holding a caller’s spot in line cut average waiting times on hold by up to 71% and reduced customers’ discomfort by nearly half (46%).

“The benefit was much larger than we expected,” says Deshpande

The researchers noted another surprising observation in their data: A notable number of people who opted for a callback didn’t always answer the call.

“A lot of customers don’t answer the callback when it comes in,” says Deshpande. “Somewhere around 90% answer.”

The study also found operational benefits from callback technology as well. Using callbacks as a demand-postponement strategy during temporary congestion cut waiting time on hold by up to 86%, while improving service quality by more than half (54%). It also increases the number of customers served by up to 2.1%.

Emadi points to a cost-savings benefit from this technology since fewer people can handle more calls. “Callbacks are not a super expensive technology to implement. In some cases, they can help in staffing, the number of people you have in the call center, and might help with the number of customers they can handle.”

If companies make the call to use this technology, the study’s findings point to success.

“It’s good to implement it – the customer will be happier,” Emadi says. “The catch is, when they want to implement callbacks, they need to implement a marketing campaign to make sure customers know that their position in line will be saved and they’ll definitely get a callback. That hopefully will increase the number of customers who are going to use the callback option.”