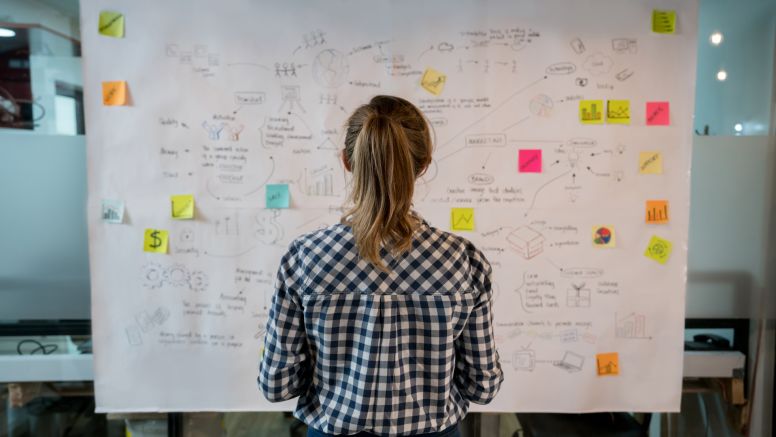 Business accelerators are bootcamps for start-ups, providing founders with a short, intense period of guidance and some financial support in exchange for an equity stake in the business. The hope is the accelerator’s support helps the startup succeed faster.

The first and most famous accelerator is the Silicon Valley-based Y Combinator, founded in 2005. Since then, hundreds of other accelerators have sprung up around the U.S. and across the globe. Some, like Colorado-based Techstars and London’s Seedcamp, have turned out well-known, successful ventures.

In the last 15 or so years, more than 7,000 startups have gone through accelerators in the U.S. Along the way there have been notable successes, such as Dropbox, Airbnb and email company SendGrid. An estimated one-third of all venture-funded companies that receive series A investments are accelerator graduates.

But there’s been relatively little research on whether highfliers such as Airbnb are an anomaly or whether accelerators actually help companies.

Chris Bingham, professor of strategy and entrepreneurship, delved into accelerators with two colleagues: Susan Cohen (PhD ’13)  of the University of Georgia – who began her accelerator research when she was a PhD student at UNC Kenan-Flagler – and Benjamin L. Hallen of the University of Washington. They published their findings in two papers: “Do Accelerators Work? If So, How?” and “The Role of Accelerator Designs in Mitigating Bounded Rationality in New Ventures.”

The researchers conducted a quantitative analysis on four cohorts of companies that went through accelerators and peer companies that almost got in, but didn’t. They also interviewed more than 70 accelerator participants, directors and mentors from eight U.S. accelerators.

Their findings: Accelerators can help startups succeed – provided the accelerators are structured in certain ways.

Their findings have important implications for investors and other accelerator sponsors, as well as for start-ups. Mentors who advise start-ups in accelerators and corporations considering accelerators as a model to foster innovation also can learn from the research.

To assess whether accelerators help startups succeed, they obtained quantitative data from four cohorts of accelerator applicants. They compared how companies that were accepted to and went through an accelerator compared performance-wise to companies that almost got in, but didn’t.

The researchers discovered that the companies that went through an accelerator generally performed better than similar ventures that didn’t. In three of the four cohorts they studied, for example, accelerator companies raised 47% to 171% more investment funding in the two to three years following the accelerator experience.

Businesses that went through an accelerator also got more traffic to their website, tended to end up with more employees and had a higher chance of surviving the critical first years of a new venture.

Some of the difference might be due to factors such as founders in accelerators being able to quit their jobs and work on their ventures full-time. However, a statistical analysis of the data indicated that the startups’ learning in the accelerator was the primary contributor to their success.

Bingham and his co-authors examined accelerator design more closely when they considered the effect of how accelerator programs are structured in mitigating “bounded rationality.”

Bounded rationality is the challenge faced by all venture founders. They seek information to identify potential opportunities and figure out how to best take advantage of them.

Due to human limits and cognitive bias, however, founders risk settling for sub-optimal solutions rather than gathering more data and potentially discovering better solutions. Accelerators could prevent these mistakes by providing entrepreneurs more information and perspectives, pushing them to consider a greater set of opportunities and solutions.

Counter-intuitively, clustering meetings at the beginning produces better outcomes. “Founders might experience ‘mentor whiplash’ in that process, but after dozens of meetings common themes start to emerge, providing useful insights,” says Bingham. When meetings are spaced out, it’s harder for entrepreneurs to detect those themes and they’re more likely to end up pivoting multiple times during the accelerator as they receive feedback from various people

However, it turns out that accelerators where businesses share their progress with each other turn out more competitive companies. The process of sharing their progress helps new ventures learn from each other, mitigating bounded rationality.

A common schedule, the researchers found, forces founders to spend more time considering elements of their business opportunity and business plan than they might have if they had tailored it to their own perceived needs. This, again, helps mitigate bounded rationality and produced stronger businesses.

To accelerate or not

The bottom line, Bingham’s research reveals, is that accelerators do work — if they’re designed appropriately.

The research also suggests problems that could arise out of having too many accelerators.

For example, the presence of experienced mentors is critical to accelerator success, but there isn’t an unlimited supply of those individuals. So too many accelerators could mean some end up using less experienced, less insightful and less effective mentors, reducing their effectiveness.

For small business incubators, universities, angel investors and others who typically back accelerators, the lessons from the studies conducted by Bingham and his colleagues can help inform how best to structure their programs. For entrepreneurs, it can provide a useful guide when they consider applying to an accelerator. Bingham says he hopes the work will shed light not only on what makes accelerators effective, but also provide insights for large corporations interested in accelerating innovation and change.