Skip to content Skip to Programs Navigation
Deciding who you trust

Deciding who you trust 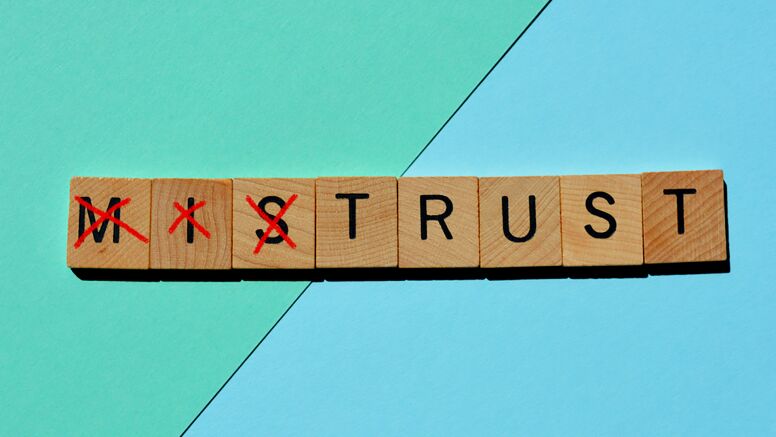 Fragale explores how power and status can shape a person’s reputation – influencing whether others trust them and how others behave toward them.

She worked with Kelly Raz of Ben-Gurion University of the Negev and Liat Levontin of the Israel Institute of Technology. They report their findings in “Who Do I (Dis)Trust and Monitor for Ethical Misconduct? Status, Power and the Structural Paradox” in the Journal of Business Ethics.

Their findings have important implications for organizations seeking to diversify their talent pipelines and management ranks, as well as for all individuals who need to manage their relationships with subordinates, peers and bosses.

At play in the research is the “structural paradox” of having status – the level of regard and respect by others – and power, meaning control over valued resources.

Fragale and her colleagues used online tools to gather pools of hundreds of people and test how they behaved in different scenarios involving fictional people with various combinations of status and power.

Low status-high power workers were rated lower on trustworthiness, benevolence and integrity than other profiles.

In another study, using an online money-sharing game, participants could choose to send money to a fictious online partner with the expectation that the more they sent, the more they would receive back. In the simulation, participants sent less money to low status-high power partners than to low power-low status and high power-high status individuals.

The biases revealed in the research are unconscious, says Fragale. We make judgments about people without realizing how or why we’re making them. “That’s one of the things that makes them dangerous.”

A greater likelihood of monitoring also suggests that low status-high power people are more likely to face unfounded accusations of wrongdoing. In the workplace, such an accusation could lead to job loss and severely damage a career.

Status is influenced by a nearly endless number of factors, Fragale says. She cites research that found that one marker of low status is when someone appears to be different from a larger group. These differences can include factors that people don’t have control over such as race or disability.

As companies seek to diversify their management and executive ranks, it’s possible that individuals promoted into leadership roles could find themselves trusted less – and even subject to unfair scrutiny – simply because they look different than the majority group.

Corporate leaders must be sensitive to issues of status and how that could haven impact on a new manager or executive’s effectiveness, Fragale says.

“You have to recognize and be sensitive to helping them manage their status,” she says.

If corporate leaders are worried someone could be perceived as having a low status, Fragale says, they should make an extra effort to talk about that person’s expertise, skills and competence, and show they hold that person in high regard.

Other actions, such as including people in meetings and treating them as valued members of the team also can elevate status.

Although some factors that influence status may not be changeable, individuals can increase their status. “Status is very changeable,” Fragale says.

Acting in a way that comes across as confident, assertive, giving and oriented toward others can increase your status, she says.

Although people often think career success is only about “climbing the ladder,” Fragale says professionals should pay just as much attention to managing their status as they do to power.