Skip to content Skip to Programs Navigation
CSR and branding: Why it matters

CSR and branding: Why it matters 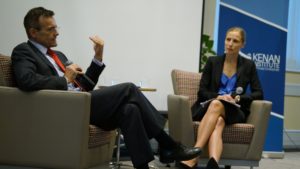 Afterwards, the firm developed an advertising campaign that told you Duracell donated $1,000,000 worth of its newest, most powerful batteries to first responders across the U.S.

Now, here you are years later, headed to Walmart to pick up new batteries for your annoying smoke detector. You probably won’t remember that Duracell campaign when you’re standing in the aisle. But you might reach for those Duracell batteries because somewhere in the back of your mind something tells you that Duracell batteries are dependable – because first responders are dependable and first responders use Duracell.

This scenario provides a great example of the intersection of corporate social responsibility (CSR) and branding. Duracell made a positive social impact on the world by supporting those first responders who risk their lives to ensure our safety. But Duracell also enjoyed a boost to its brand image, and most likely its brand equity, by publicizing its efforts.

Showing consumers that their community’s EMTs and firefighters use Duracell batteries and leading those consumers to draw positive conclusions and associations about Duracell after receiving that message helped the firm’s bottom line.

Jan-Benedict Steenkamp, the Knox Massey Distinguished Professor of Marketing at UNC Kenan-Flagler, spoke about this concept at a roundtable co-hosted by the Center for Sustainable Enterprise and the Frank Hawkins Kenan Institute of Private Enterprise. He writes about the role CSR plays in a company’s brand proposition in his book “Global Brand Strategy: World-Wise Marketing in the Age of Branding.”

He explored the topic with Olga Hawn, a strategy and entrepreneurship professor at UNC Kenan-Flagler, whose research lies at the intersection of strategy and organization theory, business and society.

Steenkamp defines CSR as “voluntary actions – not required by law – that attempt to further some social good, counter some social ill, or address the externalities of their operating in the world.” (In today’s world, holistic marketing strategies prevail over unilateral campaigns because they resonate best with the informed and conscious consumer. Because of this, Steenkamp argues that CSR is essentially “non-negotiable” if companies want to “remain acceptable in the 21st century.”

Steenkamp conceptualizes this intersection of CSR and branding – CSR does good in the world and helps companies raise their bottom line. But consumers might be skeptical about companies that publicize their CSR efforts, attributing those actions to a simple search for more profit. But if a company can integrate authentic CSR into their brand proposition, it will trickle down to affect consumer behavior. By driving sales and creating relationships, CSR can act as an insurance policy that could serve to protect the company, on some levels, when a crisis arises.