Creating something bigger than herself 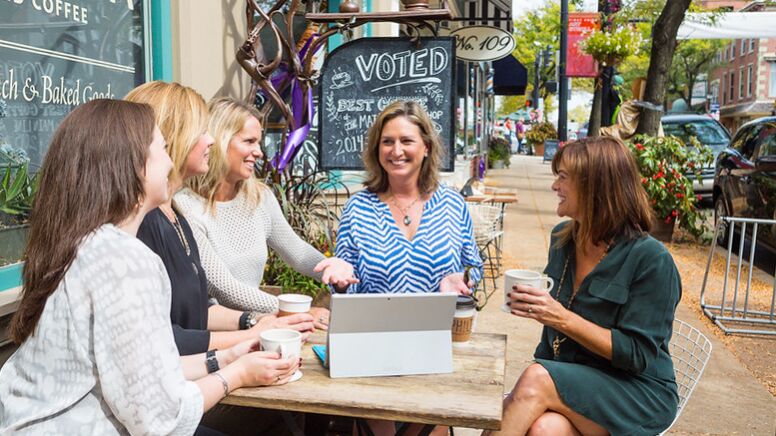 When you picture a woman forging her own path in the business world, Lee Leonard Podolsky (BSBA ’89) comes to mind.

She founded Breakwater Accounting & Advisory Corp. in 2014 and today leads a team largely comprised of women. The firm has had a very good 2021:

As her business reaches a new milestone, Podolsky reflects on the crossroads she has reached in her career, and the winding road to success that started with her earning a degree at UNC Kenan-Flagler.

Can’t hurt to have a business degree

When Podolsky first arrived in Chapel Hill, she had no idea what she wanted to do with her career.

Her father, R. Patrick Leonard Jr. (BS ’62), and her mother, Virginia Lee Dixon Leonard (BA ’63), had graduated from UNC and she knew from an early age that she would follow in their footsteps. As far as picking a major, she didn’t have a strong preference.

“My dad had told me that for job security, I wanted to be in finance, so I should get a business degree,” she recalls. She thought it sounded like a good idea. “It can’t hurt to have a business degree, no matter what you’re doing in life,” she says.

The program required she take science classes alongside her business training, and she was surprised by how much she enjoyed her psychology courses. She sought out more as her degree progressed, and ended up minoring in the subject.

“It’s really interesting, looking back, how powerful that is,” she says. “In the work that I do now, the psychology is so important because we’re dealing with people’s finances. Our clients are business owners. It’s their passion that they’re handing over, they’re giving us that trust. Our job is part-therapist – listening to them and being empathetic.”

However, it would be a few years before Podolsky put these skills to work in her own business.

When she graduated from UNC, she landed a job at chemicals company DuPont, a Fortune 500 corporation that would be her employer for the next decade. Working across different departments including finance and sales, she picked up many skills and experiences that still help her in her work today.

“I was very driven, I loved working and learning,” she says. “I just soaked it all up.”

As it happens for many women, however, Podolsky started experiencing challenges when it came time to starting a family with her husband, Andrew Podolsky (BSBA ’90, MBA ’96), director of new membership offerings and peer groups for NeuGroup and an adjunct professor at UNC Kenan-Flagler.

She loved the intellectual stimulation that working part-time gave her, but the corporate culture then was not set up to fit in with the demands of parenthood.

“My peers were working 60 hours a week and I was working 24 with the same expected output,” Podolsky says. “I couldn’t keep up and I didn’t feel like I was doing a good job – there or at home.”

She made the difficult decision to leave DuPont, deciding to dedicate herself to being a stay-at-home mom – but that path didn’t quite fit either.

“I needed my adult time,” she says. “I ended up volunteering, and I was always asked to be the treasurer because I had the financial background.”

That is when Podolsky was introduced to QuickBooks, the small business accounting software. Intrigued by its possibilities, she started doing small bookkeeping tasks for the charitable organizations she volunteered with, later taking on additional work for her father, a consultant who had retired from serving as president of the DuPont Teijin Films joint venture.

As time passed, she became more confident with QuickBooks software. When her children were in school for the full day, she had more free time. It was time to make a change.

“I talked to a friend who was starting her own business and agreed to help her,” Podolsky says. “I learned all about building an inventory and setting up her sales system and I organized her QuickBooks – I saw it all come to life.”

With these first experiences under her belt, word of Podolsky’s services started to spread.

She began offering freelance bookkeeping and accounting services while her children were in school, and after a while she found there was more demand for her services than she could meet on her own. There was a big void in accounting services for someone who was willing to really dig into their clients’ goals and help them use their data to make smart decisions.

At the same time, Podolsky was an early adopter in a field that would soon be revolutionized by technology. Dissatisfied with the inefficiency of having to go to her clients’ offices to access their files, she had been keeping tabs on developing cloud technology. It seemed to be progressing to a point where it would have real use for her customers, and she wanted to bring it to them.

Both factors combined to push her to a critical decision.

Podolsky started Breakwater in December 2014. The goal at the time was to transition her clients to using cloud technology and build a business team that was a lot like herself: highly skilled, with great patience and a deep understanding of what it was that clients needed when they approached them for their services.

Not only that, but she wanted to be the employer that she had needed in her corporate career.

“I wanted to give [my employees] the opportunity that I’d been looking for when I was younger for work-life balance,” Podolsky says. “I decided to offer part-time roles, thinking that maybe I could get some really intelligent stay-at-home moms who want to work 15 or 20 hours a week and dip their toes back into the workforce.” 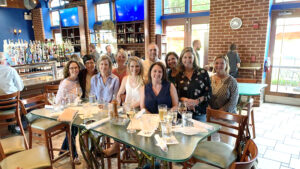 Seven years after she made that decision, Breakwater is a $3 million company of 44 people, 41 of whom are women. They have a partnership with Cultivate Advisors and a roster of clients all over the U.S., all acquired through word of mouth. Their flexible working approach has allowed them to survive and even thrive during the pandemic.

Breakwater has defied stereotypical expectations of women-led businesses, and Podolsky attributes that to setting a strong company culture.

“I’ve made it clear from the beginning that this is a positive workplace,” she says. “We’re here to get a job done and to support each other.”

Changing as you grow

From its beginnings as a one-woman freelance business to now, the company has seen huge successes. But as any business leader knows, success is not static: It brings changes along with it.

Not only will the make-up of Breakwater’s personnel change now that they are growing, but Podolsky herself will have new responsibilities. She has found herself once again at a career crossroads, seeing her role change as the business starts to scale.

She knows that she will be moving away from the accounting that she loves towards more higher-level decision-making, but she is excited for the challenge, and to see how the business changes as it grows. The same open-mindedness and passion for learning she strengthened at UNC Kenan-Flagler is driving her still.

“To step back from the accounting has been a big learning curve for me because I’m a doer,” she says. “But I need to make sure that Breakwater can continue on without it being all about Lee any more!”

If UNC students aspire to have a career like hers, Podolsky’s advice is to keep an open mind about the possibilities in front of you.

“Did I know when I was 18 that I’d be an entrepreneur at 47? Not even close!” she laughs. “I was following what seemed to be the right path, but I learned a lot from every journey and every part of life. Be open minded and learn from anything you do.”

She believes that this kind of openness is encouraged within the environment of UNC, and that she sees it around her in the UNC alumni in her family. It’s what keeps her so connected to Chapel Hill, and why she keeps coming back as an alum.

“We always love to visit, to go to a big basketball game, to just be in Chapel Hill,” she says. “It’s a vibe you can’t get rid of – it’s just a feeling.”