Creating a kinder and healthier world 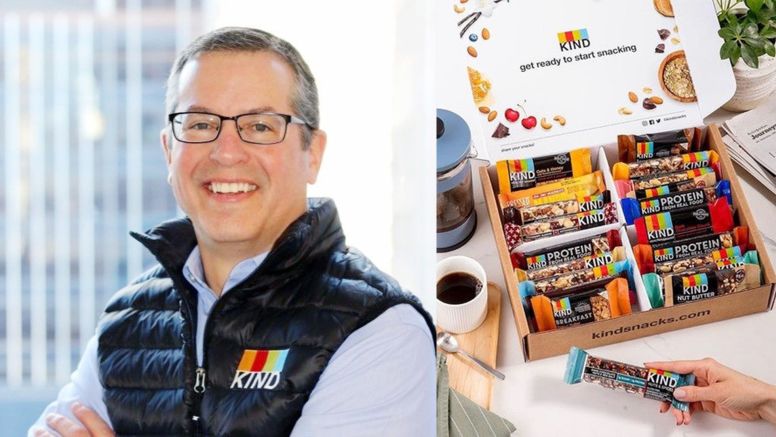 Consider Mike Barkley (MBA ’93), CEO at KIND Healthy Snacks. Since its founding in 2004, KIND’s mission has centred on creating a kinder and healthier world – one act, one snack at a time.

The appeal of a mission-based organization for Barkley dates back to his decision earn his MBA at UNC Kenan-Flagler. He visited different business schools to determine where to apply. At one school, a professor told an entire classroom of students that she hated teaching and only taught so she could conduct research. Barkley was shocked.

When he visited UNC Kenan-Flagler he was surprised in a different way – a good way.

“The professors were dedicated to teaching and very accessible to their students,” he says. “Sharing knowledge brought joy to the Kenan-Flagler professors.”

In fact, Barkley remains in touch with professors at UNC, especially Nick Didow, a marketing professor. Barkley’s stints leading recruiting at UNC Kenan-Flagler for Frito-Lay, Johnson & Johnson and Campbell’s Soup brought him back to campus, where he stayed connected with Didow, who he considers a mentor.

“I would not have discovered consumer product marketing – I didn’t even know it was a thing – if I had not taken Professor Didow’s course in the first year,” says Barkley.

While the quality of the teaching was a big draw, he was also impressed with UNC Kenan-Flagler’s emphasis on teamwork and collaboration. Truly, it’s the Carolina Way, he says. 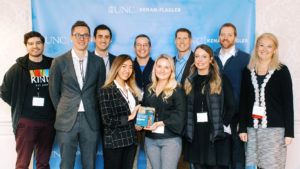 Mike Barkley with a 2020 STAR team

So, to pay it forward, Barkley and KIND are participating in the STAR (Student Teams Achieving Results) program, which has a team of students with a faculty advisor work to resolve a real-life challenge facing an organization in the way a consulting firm would. In this case, the student team is exploring the expansion of the KIND brand into new categories.

One motivation for getting involved in this project – besides fresh insights for KIND – is wanting students to benefit from the types of action-based learning that Barkley experienced when he worked on a project for Unilever while a student at UNC Kenan-Flagler.

Indeed, Barkley says he uses the technical knowledge he gained at the Business School in his every day professional life. He still remembers Didow writing the formula for consumption on the white board and he still uses it in his work.

And the intangibles he picked up at the Business School also have proved invaluable.

“IQ is important and certainly UNC students have plenty of that,” says Barkley. “What separates leaders over time is EQ (emotional intelligence) and Kenan-Flagler emphasizes that.”

There are phases to your career and as the scale and complexity of your role grows, you must guide others to arrive at a shared vision and to drive strong performance, he says. 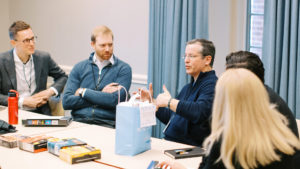 One of the best bits of leadership advice Barkley ever received was to “be Yoda,” the character from Star Wars known for being generous in giving his time and sharing his knowledge with those younger and less experienced than himself. He provides “Yoda time” to those who need it and tries to ask questions and actively listen rather than just tell people what to do.

Barkley’s impressive career path led him to lead KIND. After graduation, he worked in brand marketing and business management roles of increasing responsibility at food companies like Frito-Lay and Campbell’s, and in consumer healthcare at Bristol-Myers Squibb and Johnson & Johnson. He eventually became CMO at Pinnacle Foods and president of that company’s healthy foods division, Boulder Brands.

“It’s a distinct privilege to now serve as CEO of KIND,” he says.

What drew him to the company was its promise to create products that lead with nutrient-dense ingredients and contain minimal added sugar. KIND’s dedication to being socially responsible also motivates him.

Now, with Barkley at the helm, the company is looking to the future. In the last year, it has expanded into more than 30 countries, including China, Russia and Australia. And it is moving into selling more than just bars. Frozen treats, bark, and snack mixes are among its new products.

“We’ve had an incredible 15-year history,” he says. “We are one of the great success stories of the clean-food revolution, and we’re just getting started.”

Work, of course, is not the only focus of Barkley’s life. Barkley and his wife, Amy, met at UNC. They lived in the same duplex while he was in Business School and she attended the UNC School of Law. And UNC continues to be a family affair: Barkley’s niece and her husband teach medieval literature at Carolina.

The Barkleys have four children and a puppy named Charles Barkley. They enjoy travel, and Barkley is a big baseball fan. He and his wife spent their first date at a Durham Bulls game, and every year since 1997, he and friends attend opening day of Major League Baseball at a different stadium. The plan is to hit all the stadiums by the time he and his friends turn 60.

Whatever the future holds, Barkley will be holding close to his UNC Kenan-Flagler ties. One is his roommate when he was a student UNC: Markus Saba (MBA ’93). They shared the same MBA section and study group. “We were together 24/7 the first year,” says Barkley.

Today Saba is professor of the practice of marketing and executive director of the Center for the Business of Health and a STAR faculty advisor at UNC Kenan-Flagler.

Barkley remains committed to his relationship with UNC Kenan-Flagler.

“How do you help others,” he asks, “through the benefit of your experience?”