Competing on the global playing field 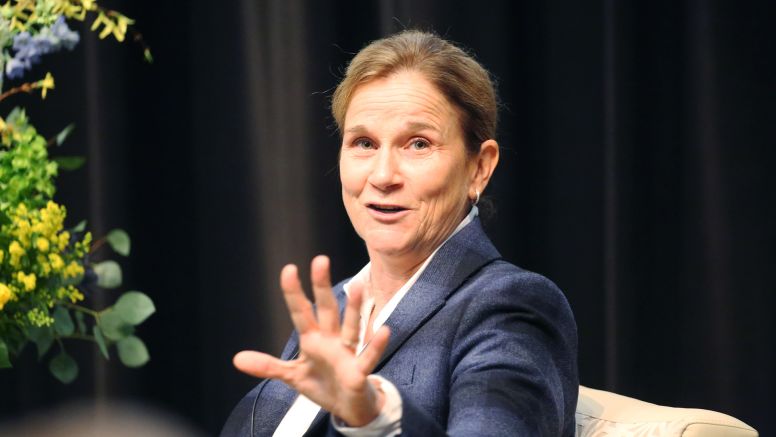 “We got thumped,” she says. 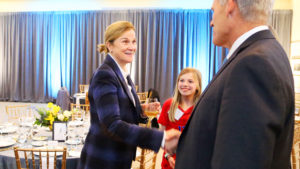 Decades later, she returned as the winningest coach in U.S. soccer history to share her insights during the 2020 Weatherspoon Lecture.

Moderating the event was UNC’s own superstar coach Anson Dorrance, founder of the UNC Women’s Soccer Program and head coach since 1979.

“That game was my first introduction to Anson, so it’s so delightful to be back here not on the receiving end of a beating,” said Ellis.

Ellis was named head coach of the U.S. Women’s National Soccer Team in 2014. Sixteen years had passed since the team had won a World Championship, and after rebuilding and modernizing the way the team played soccer, she led them to their 2015 World Championship. She went on to be named the 2015 FIFA Women’s World Coach of the Year for Women’s Soccer – the first time an American received the honor.

She repeated victory in 2019, making her the second coach ever to win back-to-back World Cup Championships and the first female coach to do so.

Learning from Dad: Ellis learned about coaching from her father, who ran a soccer academy in the Washington, D.C. area. Whether he was working with a 6-year-old or a 20-year-old, he had the “capacity to engage them on their level and get the very best out of them,” she said. 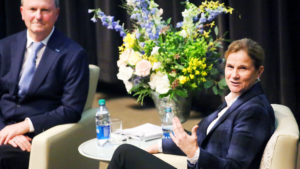 “The other beautiful thing is my father had people from all over the world,” Ellis said. “So, when you watch the game taught through multiple lenses, you have a great appreciation for not just how you teach the same thing, but how you name it, how you see it and how you view the game. It was a fantastic education in the global game.”

Seeking diversity in talent: Ellis created an infrastructure to assess and select talent. “We coined the phrase, ‘We need to find one more as good as our best,’” she said. And Ellis sought diversity in talent. “Differences are strength,” she said. “I always had very diverse profiles on my team. When I put talent together, it’s having the best complement of each other.”

Sharing the spotlight: Ellis shared the workload and the spotlight with her staff.  Find people who make you better, she said. She chose those who could “fill in my gaps, strengthen my weaknesses, and then tapped into their expertise,” which allowed them to own their work and to shine, and built “trust with them so that they knew she’d have their backs.

Building a team to win: Working with elite athletes – people who are always looking to achieve – requires its own strategy. At her first meeting with her team she shared this quote: “Even if you’re on the right track, if you sit there, you’ll get run over.”

To get their attention and build credibility, she warned them they weren’t good enough to win the next year. “At that point, they kind of leaned forward,” she said. “It was making sure that they understood that we had to evolve to win.” She put them in challenging environments in Brazil and France, where they lost. “We learned so much about ourselves in that short journey and the players were humbled, but they became hungry.”

Knowing your audience: Understand the fabric of the people you work around, she said. “Elites are always looking to get better.” During their first meeting, Alex Morgan asked, “How are you going to help me improve?” That’s what Ellis loves about working with elites: “It’s that inner drive, they’re always looking for the next ridgeline,” she said. “It’s always knowing that there is someone else pushing you, someone else chasing you.”

Seeking equity: In 2019, the team wanted to prove to the world how good they were, but they also were on a gender equality mission, Dorrance noted, referring to team members’ lawsuit against the U.S. Soccer Federation for gender discrimination. 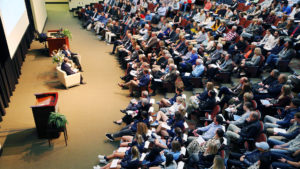 It was tricky, Ellis said: “My bosses are here, my players are here. My players are suing my bosses.” The team members were criticized for speaking out and some thought she should “muzzle them.” She didn’t see them as a commodity to win a game, but as family members expressing themselves.

“And guess what? I’m underpaid, too, by the way. I didn’t take my challenges public, but I did support the players. I have a daughter and to me if she’s doing the same job, same amount of experience, expectation and pressure. She should be rewarded for merit same as a man.”

Taking risks: After winning the World Cup in 2015, the team lost in the 2016 Olympics quarterfinals, the lowest finish ever in a major world event for the women’s national team. Her answer was to bring in new players with different profiles to deepen the pool – and had them play the most aggressive schedule ever. The changes weren’t easy and the team lost some games. “It was my hardest year in coaching,” she said. “We moved forward and it was probably the biggest growth period in my entire life.”

Her dad once told her, “You’re not a coach until you’ve been fired.” Only later did she understand what he meant: “Coach to your principles, coach to your values, don’t coach because you’re trying to keep your job, ”she said.

Taking risks was part of the winning formula. “My advice to all the young people in the world is when it feels right, jump, don’t be afraid. I mean, my dad said to me when I was little, ‘If you’re a good person, you have some ability always to land on your feet.’ So, take risks.” 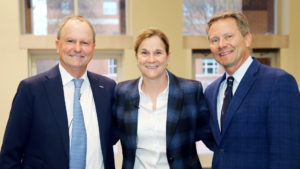 “To have two of the greatest coaches in the world tonight is a tremendous privilege for us,” said Dean Doug Shackelford (BSBA ’80) when he thanked Ellis and Dorrance. “As you talked, I was thinking about our School’s five core values: excellence, leadership, integrity, community and teamwork. You touched on every one of them over and over again. You live those core values as we aspire to do every day.” 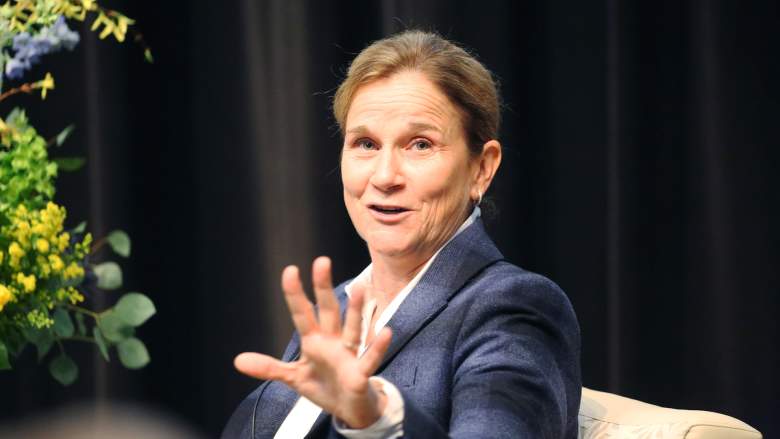