Bridging the gender gap in entrepreneurship 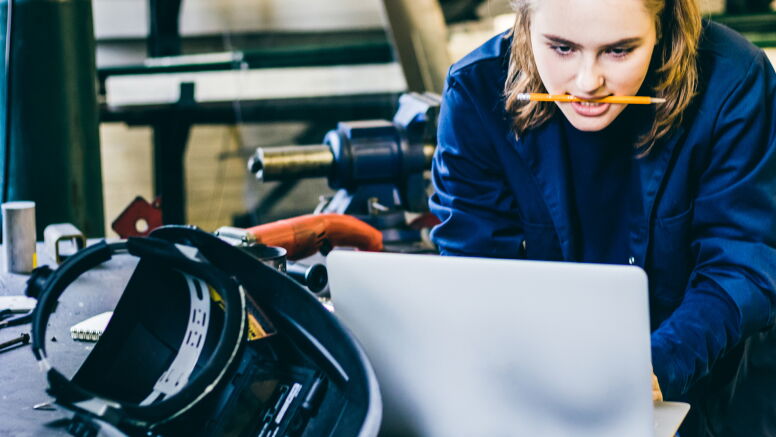 Patia McGrath wasn’t surprised to find that male inventors file more patents and sell more of them than their female peers. Gender inequality in entrepreneurship and many other areas of business is well documented.

But she wondered if greater personal wealth might help women inventors narrow or even close the gender gap.

Their findings are published in “Pipes, Prisms and Patent Sales: How Personal Wealth Expands and Contracts the Gender Gap in Entrepreneurship” in the Strategic Entrepreneurship Journal.

Entrepreneurship is often framed as starting a business or creating and marketing a new product or service. But another potentially lucrative path involves selling patents.

The scholars used the well-established “pipes and prisms” model of economic sociology to frame their research.

Pipes are assets that connect entrepreneurs to the resources they need. Knowing a venture capitalist, for example, is a pipe.

Prisms represent factors that contribute to how receptive others are to an entrepreneur’s ideas. A venture capitalist’s opinion of an inventor’s credibility, for example, is shaped from the inventor being assessed through a prism that shapes the VC’s views.

McGrath, Chen and Nerkar tapped information on U.S. patents and independent inventors as well as home value data collected by the real estate company Zillow to understand how gender and wealth intersected to affect female entrepreneurs’ success in selling patents.

The researchers gathered information on independent inventors from federal and university databases and developed a dataset of 107,797 inventors who had been granted patents from 1980 to 2010. They found 9.9% were female after drawing upon the U.S. Social Security Administration database of baby names to help identify the gender of the inventors.

With this information in hand, they could help answer two key questions. Does personal wealth make it more likely inventors will sell a patent? And does more wealth close the gender gap in patent sales?

The researchers also looked at other potential confounding variables –  such as the distance from a research university and major airports – that might influence patent sale results. The gender gap remained.

Everything else being equal, entrepreneurs with more personal wealth were more likely to sell their patents. That’s likely because wealth serves as both a pipe and a prism, McGrath and her colleagues suggest.

As a pipe, wealth can (among other things) help pay for professional guidance, such as a patent lawyer’s services.

As a prism, it’s possible that entrepreneurs with more personal wealth might be perceived as more competent and credible, and hence their patents more valuable.

But even as female entrepreneurs’ wealth increased, the patent sales gap between them and their male peers with the same levels of wealth, remained. In fact, the gap actually widened up through the 76th percentile of personal wealth. Above that, the gap narrowed, but never fully closed in their sample.

“The expanding gap is a cruel, frustrating twist that casts a pall on the legitimate, valuable benefits of personal wealth – catalyzed by its pipe and prism characteristics – in increasing female entrepreneurs’ patent sale risk as their financial standing rises,” the co-authors write.

None of these solutions mean that money isn’t important.

To the contrary, the researchers demonstrate personal wealth is a significant factor in the likelihood that an entrepreneur will successfully sell a patent.

Closing the gender gap will require more than just money, McGrath says, but the rewards will be significant.

For female entrepreneurs, the reward would be improved access to an important path of innovation commercialization – and the financial benefits that come with that. For society, it would be exposure to a greater range of exciting new innovations, products and services.